Massacre of Muslims! A new Strategy of America in the Region? 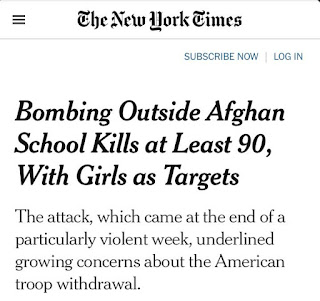 On 8 May 2021, a bomb planted in the car targeted a girl's school in the Afghan capital Kabul at the time of closing the school. The bomb blast targeted school girls coming out of the school's main gate, initially the news of 50 martyrs were reported. After the delay of 30 seconds, 2 more bombs were blasted. Within few hours the number of deaths rose to 82. All the martyred girls were aged between 6 to 14. These innocent children neither have anything to do with international politics nor have any quarrel with murderers. Why their lives were taken? Afghanistan is in control of the USA for the last 20 years. America along with 50 allies invaded Afghanistan in the name of freeing Afghans from the clutches of Al-Qaeda. After establishing a stronghold, America used Afghanistan as a forward base camp to destroy Iraq and then Libya. With the destruction and capture of Iraq, the USA established ISIS terrorists targeting Syria. ISIS  destroyed and martyred only Muslims in the name of establishing the Caliphate. Muslims were burnt alive. ISIS never targeted Europe, America, or Israel. Western news agencies reported that ISIS has been shifted to Afghanistan.

In the 2016 election campaign, Donald Trump disclosed that the USA was the creator of ISIS. He quoted statements and interviews of Hillary Clinton as Foreign Minister. The ground realities show that for the last two centuries only Muslims have been the continuous targets of western imperialists. If we look at the past, only Muslims have been the target of the USA, Israel, and other western countries' planned massacre. America invaded Afghanistan with destruction and grave tortures for humanity, withdrawal or retreat of American troops after 20 years is also proving new dawn of destruction. In these 20 years how much plunder America and its allies received from Afghanistan, how much mineral resources were looted by Americans will be disclosed by the upcoming time. However, America cannot deny the responsibility of the 8 May 2021 school attack after remaining in control of Afghanistan for two decades. America is not leaving Afghanistan gifting terrorism and murders to Afghanistan without any reason. Although the ulterior motives of America are hidden from the eyes of the world sudden attack of Israeli state terrorists on unarmed Palestinians is pointing towards something else. On 7 May 2021, the Israeli army invaded the Al-Aqsa mosque without any provocation and attacked Palestinians busy breaking their fast. 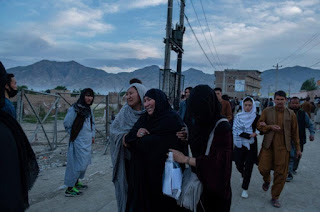 Every Ramadan the number of worshipers increases in the Al-Aqsa. In this month of Ramadan people also gathered in large numbers to offer prayers in Aqsa including children, women, and the elderly. On the eve of last Friday of Ramadan, a large number of Palestinians were present in the mosque when more than 200 Jewish heavily armed soldiers attacked the mosque. Palestinians always remain ready for such situations. They resisted against Israeli attack due to which their protest spread in the wide areas adjacent to Masjid Al-Aqsa. according to Israelis thousands of Muslims had planned to protest against ousting 8 families from Sheikh Jarrah for giving their houses to Jews. In order to stop the expected protest, Israelis used force. Palestinians kept protesting for the whole night. On the eve of Friday reports of more than 300 persons injured including 10 children created protests against Israel in the western parts of Gaza. On Saturday and Sunday Israeli forces bullets in response to stones of Palestinian protestors. On  Monday whole world was shocked when Israeli terrorists set afire the part of Masjid Al-Aqsa. Seeing the Al-Aqsa in fire, extremist Jews celebrated it by dancing. 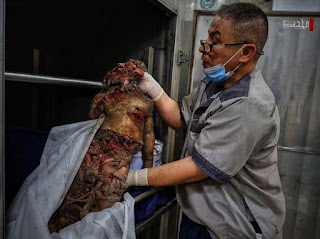 As I am writing this, Israel has started airstrikes, tank, and artillery shelling on Gaza. More than 100 buildings have been destroyed including 5 multi-storey buildings martyring at least 38 children and more than 189 Palestinians. As a response from Hamas, rockets were fired killing more than 20 Israelis including Indian man and woman and injuring dozens. Israeli PM has announced to invade Gaza. Including the USA, so-called developed nations and UNO are playing hypocrisy as they always do. In spite of condemning Israeli state terrorism, they are asking Palestinians to remain calm and receive dead bodies of martyrs patiently. 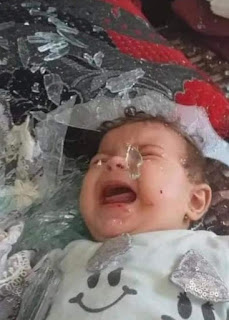 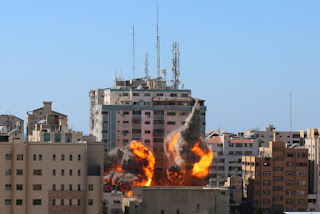 In 2021, Muslims are busy in mutual disputes and enjoying the destruction of Palestinians. The rulers of Muslim countries are unable to utter a word as they have hidden their loot money In Western countries. Although Pakistani and the Turkish government have strongly condemned Israeli state terrorism. Recip Tayyip Erdogan has even termed Israel as a terrorist state but such statements cannot stop Israel from state terrorism. 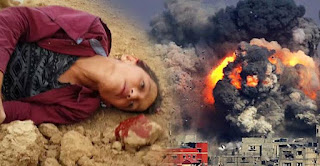 Let's see what are the ulterior motives behind sudden terror attacks In Afghanistan, and sudden Israeli state terrorism in Palestine, and when American motives will be disclosed. Is America doing all this as a reaction to restoration of links between KSA and Iran, possible nexus or KSA, Iran, Turkey, and Pakistan or increased tension between Russia and America? Whatever the reason is, American ulterior motives will be disclosed soon…