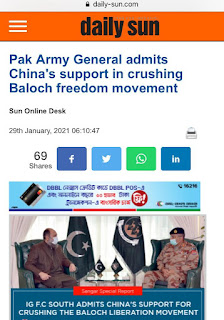 After disclosures of Indian conspiracies and propaganda network in November 2020 by DisInfo Lab it was hoped that India will stop her conspiracies and propaganda against Pakistan. According to EU DisInfo, Labs India has been busy spreading fake news against Pakistan through its network of fake media houses spread across 166 countries, this network was established n 2005. Exploiting this fake media network, India persuaded FATF to include Pakistan in the grey list. The next step was to get Pakistan blacklisted and declared as a terrorist State by UNO. In order to achieve her nefarious goals, the Indian army and secret agencies conducted false flag bomb blasts in various Indian cities. Bomb blasts at Delhi, Mumbai, Hyderabad Dakkan, Gujarat, UP, and Ajmer Sharif killed innocent Indian citizens. The Samjhota Express fire, terrorist attak on Mumbai Hotels were all conducted by Indian secret agencies and on-duty Indian army officers. India blamed ISI and Pakistan's army through her propaganda for this Indian army terrorism within India. India also launched bomb blasts across Pakistan through her trained TTP terrorists. This was part of the conspiracy against Pakistan. The second aspect of the Indian conspiracy was disclosed by EU DisInfo Lab after one year of research; India was forced to close this chapter but she did not give up her conspiracies. 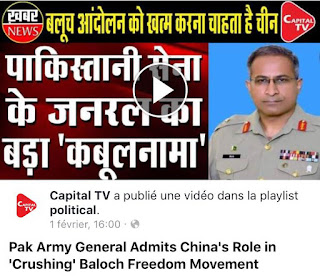 On 29 January 2021, the Bangladeshi News website ‘The Daily Sun’ wrote, “Pak Army General Admits China’s support in crushing Baloch Freedom Movements”. This was reported as Breaking News. On the second day, all Indian notable newspapers published this fabricated story. UNO, USA, UK, and other countries have declared Baloch insurgents as terrorist organizations. Despite the declaration, the headlines “Baloch Freedom Movement” show the nefarious goals of the fabricators of the report. After this following words were reported linked to an on Duty Pakistan Army Major General,
“China has deployed me here to crush the Baloch Movement and has given me a six-month task. China has paid me the salary and a large sum of money and officially posted me here for their regional interests and to thwart Iran’s conspiracies against CPEC (China Pakistan Economic Corridor) as it is a kind of investment in regional interests”. 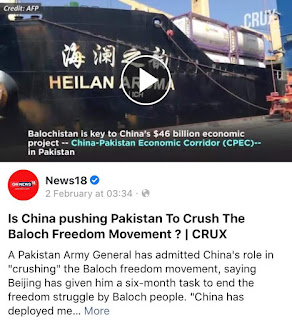 This shows that through her propaganda India wants to hit so many targets. It is hilarious that uneducated Indians are unable to understand that how an on-duty Army officer of a country can be deployed by another country, given orders and salary etc. Had any such powers to deploy such officers in Bhutan or Nepal although these are much smaller states as compared to Pakistan; although these states have been claimed as states controlled by Indian politicians? In fact, India has lost its vision of enmity against Pakistan. Indian terrorism waged against Pakistan via Afghanistan has met its end. Indian conspiracies and propaganda against Pakistan have been disclosed. EU DisInfo Labs has not only unveiled the Indian propaganda network but destroyed Indian credibility as well. Despite all these Extremist Hindu leaders are unable to realize that their lies have been badly exposed and in their fear of CPEC are touching the bottom of moral shallowness. For their propaganda, if they have used their Arnab Goswami in spite of Major General Bilal of the Pakistan army, Hindu extremists might have believed that Pakistan is waiting just to get out of FATF’s grey list, and after this, we will infiltrate into Iran to teach a lesson to Baloch insurgents. By posing Pakistan and China as occupants cannot hide Indian war crimes and state terrorism in Indian Held Kashmir. India cannot create misunderstandings between Iran and Pakistan through her Chanakiyai thinking and conspiracies. 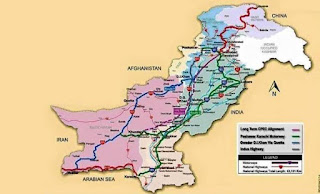 Alas! Private electronic media of Pakistan have no time to counter hilarious Indian propaganda or inform Pakistanis about Indian propaganda and lies. They can only discuss political chaos and dirty politics. They are unable to understand or at least not paid for it that the Integrity of Pakistan is more important than anything else. This is Pakistan that politicians are busy in horse-trading and the elite has been engulfing the rights of the poor to ensure a bright future for their coming generations.
Urdu Copy
Written by Khalid Baig,
Published in Daily Nawa-i-Waqt,
Date: 08 March 2021.
at 7:04 PM