Our politicians cannot deny the reality that Opposition parties celebrated the imposition of martial law. They thanked the army for toppling the govt. Even members of Assemblies recited Adhan in Parliament for salvation from the ruling party and imposition of martial law; the reason was the behavior not accept the rule of the other party. This behavior is present in approximately all political parties and politicians as well as party workers. The dispute is started after the election results by rejecting the election. The rest of the time is spent in conspiracies and protests against the ruling party. Although these politicians welcome the imposition of martial law, however, after the imposition of martial law they get united with the ruling party and start a campaign for the restoration of democracy. While criticizing the dictator no one (politician) discusses hir role in toppling the government. Although two big parties i.e. PPPP and PMLN remained in power but they never tolerated each other's winning and always remained active in protests by joining hands with the nationalist and religious parties. Due to such behavior, not a single party succeeded in completing its 5 years in power. From 2008 to 2018 after signing the deal of democracy between the two parties, ruling parties completed their 5 years in such a way that the ruling party and opposition supported each other's reign, however, political and emotional statements continued keeping the whole nation in chaos. 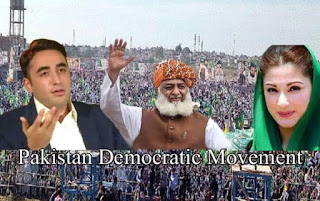 The painful aspect of this dirty politics is the blames on the Pakistan army for interference in democracy. Our political analysts leave no stone unturned in criticizing the army. They are of two types; 1) who always felt proud in being known as followers of Lenin and Marx who consider Pakistan army the biggest hurdle in the imposition of their thoughts. These analysts are also against the Pak army for the failure of Greater Pakhtunistan and the separation of Balochistan conspiracy. They are also angry over the defeat and disintegration of the Soviet Union, when they left socialism and joined their hands with capitalism they did not give up their enmity against Pakistan. The other group of analysts is those who are inclined and supported by two big political parties i.e. PMLN and PPPP. Although the Pakistan army kept itself away from politics despite the poor situation in the country; the Pakistan army only concentrated on facing the terrorism war imposed by India after American infiltration in Afghanistan. Enemies of Pakistan have planned to overrun Pakistan from East and West. Indian army is busy targetting unarmed civilians across LoC, Balochistan is facing terrorism by Indian trained Baloch separatists, in tribal areas India launched TTP; India and her allies targeted Pakistan with suicide bomb blasts and terrorist attacks. This was not only India but the USA, UK, Israel, and Afghanistan as well. 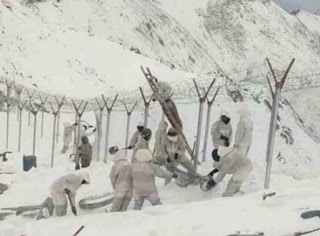 Despite the weak economy and terror in Pakistan, the looting and shifting of the national treasury continued. Including children, innocent Pakistanis were being targeted by Indian sponsored terrorists. Pakistan's army laid lives in the war against Indian terrorism. International media was paid to prove Pakistan as a terrorist state. Failures of NATO and American forces were being blamed over Pakistan and ISI. Despite this, the Pakistan army defeated not only terrorists in 16 years but their sponsors i.e. India and her allies. This is such a victory that can be hardly found in history. This war has not ended yet. With the victory of Pakistan Tehreek Insaaf, the opposition parties started blaming the Pakistan army for their defeat by terms like “Selectors”, saying that they are not protesting against govt. But Pakistan army. Chief of Army Staff and DG ISI were blamed by these hereditary politicians. These anti-Pakistan army statements of hereditary politicians were celebrated by enemies of Pakistan. Not only this, the hereditary political parties crossed all the limits to procure the power; leaders of nationalist parties were given free hand to insult Urdu speakers in Karachi, Punjabi in Punjab in an attempt to revive the dead conspiracies of Greater Balochistan and Pakhtunistan. The fence over Pak-Afghan was threatened to be uprooted. This is the patience of the Pak army that despite the concerns over anti-army propaganda in TV shows and protests Pakistan army remained silent. When opposition parties threatened to stage a sit-in at Rawalpindi, then DG ISPR  reacted that the army should not be pushed into politics, Pakistan army is a department under the Pakistan govt.; on the wishes of govt. Pakistan's army organized the elections of 2013. Pakistan's army is fulfilling its duties. If anyone has a problem with elections, he/she may contact the responsible departments. DG ISPR also gave a befitting reply to those threatening to uproot the fence over the Pak-Afghan border. 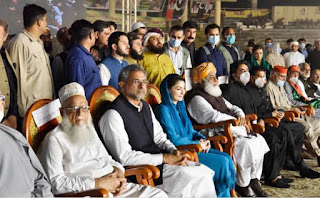 Our politicians habitual of rejecting the results in case they lose the elections should consider that while they want to enforce the democracy then they should avoid creating anarchy and such a situation which forces the Pakistan army to interfere. They should have the vision beyond their personal interests that what is happening across the borders, what new conspiracies are being hatched, and how the Pakistan army is sacrificing lives to defeat these conspiracies.