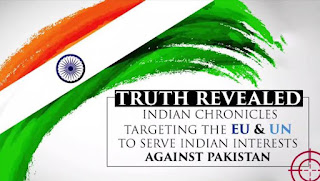 On 09 December 2020, EU DisInfo Lab, an NGO has unveiled Indian propaganda in which it has been revealed that Indian has been exploiting fabricated news reports, fake NGOs, and media outlets to defame Pakistan across the globe. It has been disclosed that in the last 15 years India has made thousands of fake social media accounts, more than 750 fake media houses have been active against Pakistan named Srivastava Group. These disclosures are very dangerous. It is astonishing how a country can utilize its fabricated and fake news networks in such a way that members of the EU, American Congress, and UNO are forced to believe in Indian lies. India has been utilizing her propaganda to hide her war crimes in Indian Held Kashmir (IHK). All this has been done in such a way from fake social media accounts spread across 166 countries that India was not mentioned anywhere, these fabricated news, analyses, thinktanks, and fake editorials of Western Newspapers were exploited to prove India innocent and defaming Pakistan for spreading lawlessness in IHK;

If you tell a lie big enough and keep repeating it, people will eventually come to believe it. 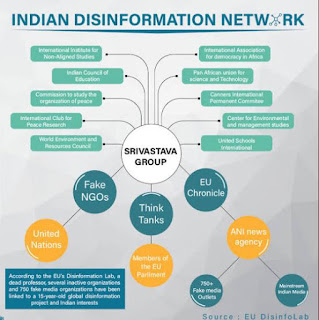 If we see all this propaganda from another angle if international institutions and organizations can be misguided than why social media cannot be used to spread, sectarianism, lingual disputes, and regional disputes leading to civil disturbance. The situation of Pakistan in this context is not hidden from anyone; ironically we do not have a shortage of such elements who are against Pakistan ideologically. The socialists who were under the supervision of Moscow are now following western capitalism wanting freedom from social values in the name of liberalism. 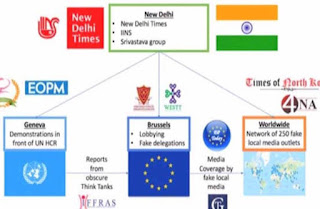 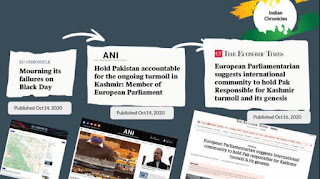 India can harm Pakistan without direct clash with Pakistan exploiting uncontrolled social media to create chaos in the minds of Pakistani people. India is trying to exploit the existing rift between Pakistanis through social media. In order to achieve her nefarious designs, India has been exploiting fake social media accounts and pages to brainwash Pakistanis against the Pakistan army. These fake IDs and so-called analysts claim that the Pakistan army is responsible for the problems of the public like unemployment, inflation, injustice, poor health facilities, etc. The opposition is also playing a dirty role by criticizing the Pakistan army to win support abroad. They are supporting the enemy to work against Pakistan. In such a situation, establishing rules and regulations and laws to monitor and control social media are the need of the hour. 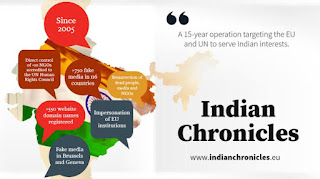 Besides the integrity of Pakistan, Cybercrimes have also been widespread with the spread of social media. In the current situation, e-commerce and online activities are rapidly spreading as well. People are facing cyber attacks for which various laws have been introduced across the globe to protect people from social and economical losses. Western countries have strict laws regarding the integrity of the country on social media. In this regard PTA (Pakistan Telecommunication Authority) has been working with different stakeholders on the advice of the Prime Minister and on 06 October 2020, Cabinet approved these regulations as well. These regulations will be used to check propaganda, fueling sectarianism n the country, and harassment of women on social media. After the imposition of such regulations, anti-Pakistan elements will start protesting as they did while establishing a barbed wire fence over the Afghanistan border...
Urdu Copy
Written by Khalid Baig,
Published in Daily Nawa-i-Waqt,
Date: 20 December 2020.
at 12:47 PM