Dossier Against Indian Terrorism Handed Over to UN Secretary General

India exploited her presence in Afghanistan with the support of American and NATO invaders after 2001 to fuel terrorism in Pakistan. The so-called war on terror was pushed into Pakistan by India supported by America and her allies. This international terrorism made a loss of 150 billion rupees to the Pakistani economy while 80,000 precious Pakistani lives were lost as well. From Peshawar to Karachi there was not a single city that was safe from Indian-funded suicide attacks. The worst face of the terrorism was that school-going children were targeted in their schools, in order to terrorize the young brains their female teachers were burnt alive before martyring them. The second face of Hindu terrorism was that not only Pakistan was the target of Hindu exported terrorism but also blamed as the state funding and supporting terrorism. 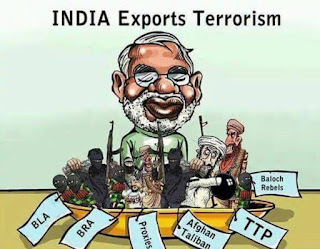 Through well-managed propaganda and support from the traitors within Pakistan, no stone was left unturned to prove Pakistan as a terrorist state. These so-called intellectuals (prostitutes) supported Indian propaganda just to secure their dollars. Indian trained and supported terrorists were blamed as “B” team of Pakistan army to create misunderstandings between public and Pakistan army. Even banned outfits and terrorist organizations like BLA (Baloch Liberation Army) were termed as Freedom Fighters. Despite having the complete evidence of Indian support to terrorist activities in Pakistan, our Foreign Ministry remained criminally silent. Our leaders/politicians preferred to stay silent instead of presenting evidence to the International Community against Indian terrorism which provided further support to India to continue her state terrorism. Despite the massacre of Pakistanis through terrorism, Mastermind of terrorism in Pakistan Ajit Kumar Doval, security advisor to Indian PM arrived at the home of PM of Pakistan, this was termed as the result of a successful strategy of India against Pakistan by Indian media. Due to such anti-Pakistan activities of Pakistani responsible, it was not possible for the world to reject Indian propaganda against Pakistan.

On 14 November 2020, Pakistani Foreign Minister Shah Mehmood Qureshi and DG ISPR Major General Babar Iftikhar in a press conference disclosed the details of Indian involvement in major activities of terrorism in Pakistan negating Indian propaganda. In the press conference, the evidence relating to Indian Terrorist training camps in Afghanistan and India, their pictures are taken from the satellites and location was disclosed. The evidence provided also included the conversations of Indian higher-ups with terrorists. After the press conference, the next step was the handing over of the Dossier of evidence of Indian terrorism to 5 permanent members of the UN Security Council which was also handed over to the European Union and Arab countries, and OIC. 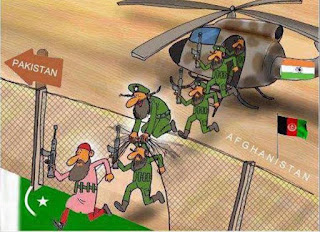 On 25 November 2020, Pakistan’s Representative to UNO Munir Akram handed over these shreds of evidence to UN Secretary-General Antonio Neugotrais in a special meeting. It was also disclosed that how Indian is funding terrorism to sabotage CPEC. UN Secretary-General has assured that Pakistani reports will be reviewed. After this, it was decided that the evidence will be also presented in the UN Committee against terrorism. China has also supported Pakistani statements that India is involved in terrorism in Pakistan forcing world powers to review the Pakistani dossier and if they reject it, it will be concluded that they are also supporting Indian terrorism. Even if these international powers do not support Pakistan due to their interests with India, it will not be possible for them to support Indian propaganda against Pakistan. 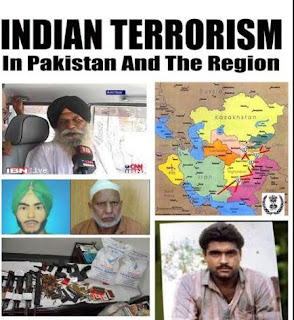 There is only one way that India may avoid grave consequences i.e. by quitting terrorism in the neighboring states, provide protection to minorities from Hindu State Terrorism and provide the right of self-determination to Kashmiris of Indian Held Kashmir.