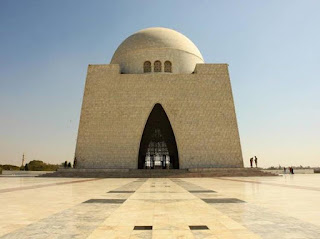 There have been some reason that Special Presidential Ordinance XXVI was issued in 1971 to maintain the respect of Quaid-e-Azam’s mausoleum. This ordinance bans any type of political activity, protests or noise, etc. within the 10 feet of the mausoleum’s walls. Afterward, in 1976, amendments made on 26 May, o4 June and 26 June, carrying of weapons inside the mausoleum, damaging any part, scuffles, or any act that hurts the respect of the mausoleum, the culprit to be punished with 3 years imprisonment and fine. According to this ordinance, around the 62 acres of mausoleum construction of any building higher than mausoleum (91 feet) is banned within the radius of 1.2 km. This is not something unexpected. In the whole world, the memorials of founders of country such laws have been formed, and acting upon these laws is taken as a national duty. The active soldiers are deployed on the mausoleum; at the time of change of guards, people visit these places along with their children to see the parade. This not only shows the professionalism of the soldiers but also the love of the nation with their finding fathers. This also incites youngsters to know more about the personality who created a free country for them and the journey of freedom. In some western countries, one has to take special permission to visit memorials of the founders of the country. The purpose is to maintain the record of the visitors and punish those who may violate the respect of the memorial. 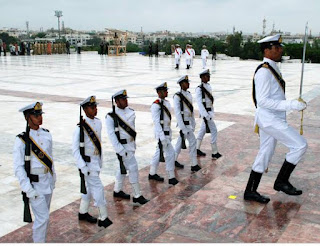 In Turkey, Iran, Indonesia, Malaysia like countries laws are much more strict. In contrast to Pakistan, laws in these countries are formulated to abide by them. While in Pakistan elite class takes pride in violating the laws. Our nation has accepted the lawlessness of these people. Moreover, the unjust social and judicial system, the politics of these elites being above the law has further pushed the society into such social shallowness where the biggest crimes of the beloved political leaders are taken as something appreciatable while a usual fault of the opponent as the biggest crime. Such a social system may be near to the Hindu caste system but does not fit with democracy or Islamic values. 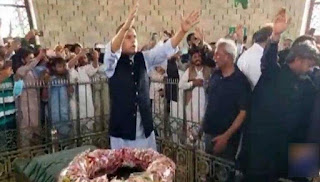 On 18 October 2020, the Peoples Party of Pakistan hosted a political gathering to commemorate the Karsaz tragedy, in which the leaders of the union of opposition named as PDM arrived in Karachi. Mariyam Nawaz and her husband Captain (R) Safdar along with other Muslim League (N) and activists arrived at Quaid-e-Azam’s mausoleum. Mariyam Nawaz, Captain (R) Safdar, Ex-PM Khaqan Abbasi and some other politicians from Karachi jumped over the iron fence erected 3 feet apart from the grave of the Quaid. If these politicians had crossed the fence to show their love to Quaid, no one would have objected but Captain (R) Safdar started chanting the slogans while moving around the grave. Pakistanis from different groups protested over his insulting acts. Mustansar Hussain Tarar and other people from mass media condemned the act of N-League, protests on social media started as well. The ruling party condemned the violation of respect of the mausoleum while opposition parties started defending this insane act. In this political dog fight, the respect of the mausoleum and related laws became a joke. On the other day, the arrest of the culprit, the procedure adopted by Sindh Police for arrest, the collective leave applications of higher officers of Sindh Police left behind the criminal act at mausoleum creating political chaos in the country. 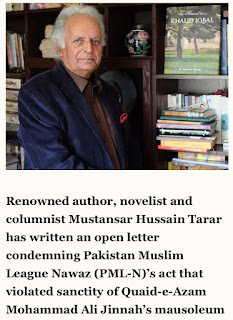 India which has been already exploiting Nawaz Sharif’s address to PDM gathering at Gujranwala condemning the Pakistan army started a new wave of propaganda. Indian media portrayed the collective leave application of Sindh Police as armed conflict between the Pakistan army and Sindh Police and civil war in Pakistan. Now the situation was that higher leadership of the Pakistan army was being criticized by opposition parties while soldiers were being targeted by Indian trained terrorists in Balochistan and tribal areas. Following the Indian media, Western Media is also involved in propaganda against the Pakistan army. At the opening ceremony of Sher Jawan a newly launched outfit of N-League, Mariyam Nawaz chanted slogans in her speech YEH JO DEHSHAT GRDI HI ISS K PEECHE WARDI HI (Pakistan army is behind the terrorism) following PTM. 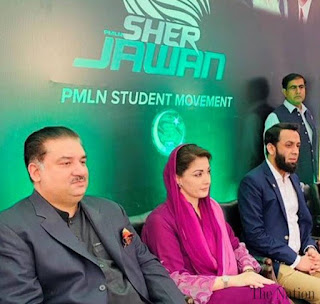 Blaming Pakistan army soldiers and higher leadership of Pakistan army may be satisfying for blind followers of N-League but the consequences of such slogans are not imaginable. Pakistan is on the target of an international war which has been at various times mentioned by General Qamar Javed Bajwa in his speeches as Hybrid War. He has made this clear in his speeches that the peace restored in Pakistan at the cost of thousands of lives will not be allowed to destroy on someone’s wishes. This is not enough, our political elite should defend the country from where they earn by hook or crook. They should not become traitors and agents of India for their personal interests lest nothing is left for their politics…
Urdu Copy
Written by Khalid Baig,
Published in Daily Nawa-i-Waqt,
Date: 09 November 2020.
at 6:32 PM