Except those who reject the Two Nations Theory who have been trying to make Pakistan slave to India since partition in 1947, any common Pakistan who has any sense of conspiracies against Pakistan, sacrifices were given for freedom, the struggle of Quaid Azam is well aware that India is targeting sovereignty of Pakistan since freedom. From freedom, Pakistan faced a financial crisis. The rehabilitation of millions of refugees was one of the grave problems. India denied paying the money that was inherited by Pakistan. In freedom, Pakistan did not have offices and trained staff. Police stations were established in rented buildings. There was a shortage of educational and medical institutions. India attacked Jammu and Kashmir and fueled separation movements in Balochistan. In contrast to Pakistan, India had the infrastructure established by British rule, schools to universities, not only hospitals but medical colleges were also established by the British. Pakistan had to establish Military Academy from scratch to fulfill the need for defense. Despite all these issues, there was passion and enthusiasm that we have to go ahead at any price negating all those powers who want to defeat the state of Pakistan.

Taking loans from International Institutes and purchasing weapons for the defense of Pakistan was such a problem that affected the foreign policy of Pakistan. In contrast, the strong economy and vast trade markets of India were such a difference that attracted International Investors to India. That is why despite being the toddy of the Soviet Union, India claimed being unbiased and enjoyed facilities from the US and Western Countries as well. India enjoyed American support against UN resolutions despite being a supporter of the Soviet Union. After, 1971, the greatest hardship for Pakistan was witnessed in 2001 after the American invasion of Afghanistan when India imposed terrorism in Pakistan through Afghanistan. In this terrorism war, India enjoyed the support f Western countries including the USA, Britain, Israel, and NATO from automatic weapons to satellite. This most difficult war of history, on the one hand, created a financial crisis for Pakistan while on the other hand the propaganda that Pakistan trains and supports terrorists created problems. Investors preferred India over Pakistan. Pakistan sports fields were deserted while India enjoyed sports events. After sacrificing thousands of lives Pakistan army did not give up and astonished the world by defeating terrorists supported by multiple international powers. This was the time when the foreign policy of Pakistan started changing. Pakistan through its determination and support of Almighty Allah devastated the anti-Pakistan conspiracies of international powers who wanted to enslave Pakistan to India and serve America against China in the region.

After the war against Indian sponsored terrorism, a new Pakistan was born rejecting the international pressure and blackmailing by international powers. Now the interests of Pakistan are given preference in the Foreign and Internal Policies. The biggest example is the erection of the 3399 km (Pak-Afghan border 2430, Pak-Iran border 959) long barbed wire fence on the Afghanistan and Iran border. The Border Management system was also imposed in 2016. The erection of a barbed-wire fence was opposed by internal as well as external powers. The daring decisions of Pakistan restored the trust of international investors.

The construction of CPEC also posed positive effects. In order to negate the negative influence of terrorism, Pakistan's army assured security to international players, the sports activities started in Pakistan once again. Indian conspiracies against Pakistan failed along propaganda against Pakistan was unveiled as well. In September 2018, in the way, Pakistan presented the Kashmir Dispute in the General Assembly of the UN after decades and jolted the UN about its promises to the Kashmiri people. These efforts were not only appreciated across the world but voices were also heard against Indian State Terrorism in Indian Held Kashmir (IHK). These are the fruits of the successful foreign policy of Pakistan that the world is now watching India as a terrorist state for which India blamed Pakistan through her propaganda. 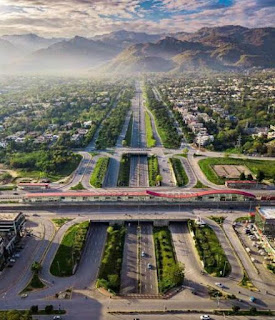 The steps taken by Pakistan to counter the Corona Pandemic are being appreciated by WHO and across the world. This was the economic strategy Pakistan adopted Pakistan during the lockdown that prevented our economy from great devastation. Keeping in view the economic strategy of Pakistan, international companies were forced to rank Pakistan higher in the international ranking. The joint exercises of the Russian army with the Pakistan army and the central role was given to Pakistan in Afghan peace restoration are being seen as the result of successful Foreign Policy. The growing strength of the Pakistan Rupee to US Dollar and minimizing Current Account deficit shows that Pakistan economy is getting positive...