Indian conspiracies to sabotage China-Pak Economic Corridor (CPEC) is not a secret anymore. Indian armed interference started with the arrival of Chinese engineers for the construction of Gwadar port in 2002. India reactivated and reestablished Balochistan Liberation Army (BLA) in Balochistan while in KPK and tribal areas from where the CPEC trade route has to pass terrorists were launched under different covers. Indian launched Tehreek Taliban Pakistan (TTP) was given the task to sabotage CPEC. India was not alone in the conspiracies against CPEC, she was supported by America, Britain, and other countries of the region who took CPEC as a threat to their economic future. In this regard, America and her allies supported India to exploit Afghanistan as a proxy war front against Pakistan under the cover of the Afghan Taliban’s resistance against foreign invaders from NATO and America. Initially, India used a network of smugglers from Rajasthan and Sindh for the supply of ammunition and weapons to terrorists in Balochistan as Indian strongholds in Afghanistan were not yet established. Till 2004, India established Consulates in seven Afghan provinces adjacent to the Pakistani border and established a terrorist network within tribal areas of Pakistan. India succeeded in creating an environment of terror by establishing TTP, establishing strongholds, training camps, and factories to produce IEDs for suicide jackets and vehicles. Not only war planners of India but America, Britain and other allies were convinced that not only India will be able to sabotage CPEC but also weaken Pakistan economically, breaking the defense of Pakistan to such an extent that Pakistan cannot become a hurdle against Indian plans for China. India has been openly demanding from America that India will not be able to American war against China until Pakistan withdraws from the demand of Indian Held Kashmir (IHK) and limits military capability. 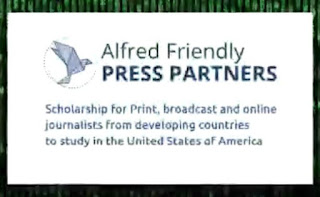 Irony of the fate that when terrorism in KPK and Balochistan started, the Pakistani political elite remained criminally silent. Indian Paid liberal intellectuals of Pakistan linked terrorist activities of BLA like remote control bomb blasts, sabotaging trains, bomb blasts at bazaars and public places, attacks on state installations as acts of freedom fighter fighting for the rights of Baloch people. The terrorist activities of TTP were linked with the imposition of Islam posing that it is due to the presence of the Pakistan army in power and suppressing those who demand their rights. India molded this perception that the Pakistan army trains and arms terrorists for use against neighboring countries successfully. The goal was to prove Pakistan as a terrorist state. In this way on one hand Pakistan has to face the worst terrorism internally while in the light of the Indian propaganda world was looking at Pakistan as a terrorist state. Internal terrorism and external propaganda against Pakistan, all were aimed at sabotaging CPEC. The security agencies of Pakistan had promised to defend the geographical and ideological borders of Pakistan and complete the CPEC project on time. This strange victory of history was achieved by the Pakistan army, ISI, and other agencies destroying terrorist hideouts in tribal areas along with the cache of weapons.

Terrorists were either killed or fled to Afghanistan. Their supporters although located across the border did not help them at all. The network of Indian sponsored terrorists from Karachi to Peshawar was destroyed. This victory cost Pakistan thousands of precious lives. With the end of terrorists, the CPEC activities got accelerated. the construction of the world’s 4th largest seaport at Gawadar has already been completed. After the defeat of India in terrorism, there was only one way left to enemies of Pakistan i.e. wage propaganda war against CPEC by blaming the newly-elected Pakistani govt. and Pakistan army of slowing down work on CPEC and China is also concerned about it while the ground realities are against the propaganda.

In the meanwhile, govt. made General (R) Asim Saleem Bajwa as Chairman of CPEC Project. As soon as he took charge he not only accelerated the work on CPEC but also finalized the project of construction of a high-speed train network along with motorway from China to Gawadar. ML-1 was signed and launched as well. The world knows that CPEC and ML-1 railway line within a few years will change the fate of Pakistanis. With a strong economic position, Pakistan will be able to play important role in international politics. CPEC will attract countries as well, which has started. The strong economy will further strengthen the Pakistani defense. The pressure on India for resolving the Kashmir issue will increase. How can India silently witness all this? Indian propagandists exploited Indian paid intellectuals against the Pakistan army and the new Chairman of CPEC. 2 months ago they brought forward Indian Retired Major Gaurav Arya for alleging General (R) Asim Saleem Bajwa of making illegal assets in which he presented a fabricated story of Genera Bajwa’s different assets and more than 100 companies abroad on youtube. As the reality of Indian Major was known to the media, no one even from Indian media and international media gave any importance to the propaganda of Indian Major. At least India decide to use a self-proclaimed journalist Ahmed Norani who is living in the USA on the scholarship provided by Indian sponsored Alfred Friendly Press Partners. This organization claims to lift up journalism around the world. Ahmad Norani does not know the financial terms and technicalities. In order to fabricate a story against General (R) Bajwa, a journalist from India also on the scholarship of the said organization Abhishek Waghmare was hired who is an expert in finance. Ahmad Norani posted the fabricated story of Abhishek on his website “Factsfocus”. After this, the elements struggling for spreading obscenity in the society and other Indian assets in Pakistan started a propaganda campaign on social media. Few opposition leaders also furthered the enemy propaganda. General Bajwa issued the complete money trail of his family assets on social media. He also resigned from his post as Advisor fro Ministry of Information. The resignation was rejected by the Prime Minister.

Provision of Money trail of his assets and resignation has no previous example in Pakistani society. A society where senior judges and public representatives do not have the courage to present the Money trail of their assets. Presenting himself for accountability by a retired General shows the upcoming changes in the system. This is the need of the hour that every Pakistani should prove through his character and acts that no matter how powerful and influential he/she is, he/she is not above the accountability or country laws…