One may be unhappy and hopeless in castles and palaces while one may enjoy happiness in cottages and shanty houses. One seems to be longing for happiness and hope in branded clothes while one laughs like he/she has got whatever a human may desire wearing torn out clothes. It is believed that feelings of happiness or unhappiness are linked with inner feelings. A country having heaps of diamonds cannot be said to be happy or content. Money has never been able to stop sorrows and hopelessness. This depends upon the inner self of humans that how, when and with whom we feel happy. This is commonly observed that while meeting with one another we say that we are okay. It means that most of the lies are told to those who ask about us. It does not mean that we are telling lies purposedly but we know that one asking about us is not concerned about our well being but asking us as formality therefore reply is also according to the feelings of those who are asking about us. 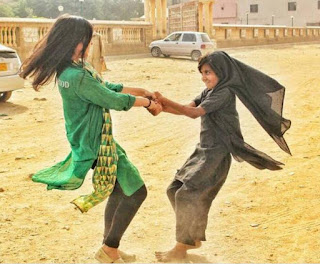 In June 2011, on the request of the Prime Minister of Bhutan UNO decided to conduct a survey in member states to measure the development on the basis of happiness of the public. On 02 April 2012, the first World Happiness Report was presented in the meeting of UNO held under the presidentship of UN Secretary-General Ban Ki-moon and Prime Minister of Bhutan. This was prepared by the Centre of Economics, Earth Institute at Columbia University, Performance at LSE, Canadian Institute for Advanced Research and Vancouver School of Economics at UBC. These institutes collect information carefully through the Gallup World Poll every year. Keeping in view the social and economical changes it is decided whether the public is happy with these changes and development or not. On the basis of this information, countries are arranged. It is also considered that which country is developing in happiness or its public are happy or hopeless as compared to the previous year. All efforts are made to keep report free from political influence. Govt. departments and officials are kept away in such a way that not a single aspect of the common man’s life are left covered. The interest of the people from all over the world shows their trust in the institutes preparing the report. Keeping in view the interest of the public the Wellbeing Research Centre at Oxford was also included in the research institutes and the area of research was also widened as well. It included Healthy Life, Social Support, GOP Per Capita, Generosity, Freedom, Expectancy and Absence of Corruption were included so that it can be measured that how much the public are hopeful about their future or they are hopeless. How much generosity and passion for the sacrifice they have. How much corruption has affected society and how much public resist or dislike corruption? 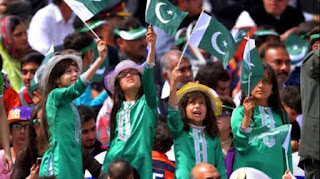 Such questions have always been under discussion in our society. Despite disagreements, these are the aspects that can be used to measure development in any country or society. Initially, 149 countries were included in the survey however, in 2020 the list includes 153 countries. The lists were published in 20 March 2016 and 20 March is now celebrated as World Happiness Day. It is not possible to give the details of all the countries in this writing, therefore, we will limit our discussion to Pakistan, India, China, Russia, Bangladesh and Iran from 2016 to 2020. 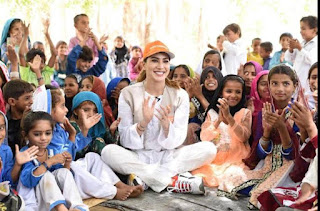 In the neighbourhood of Pakistan, India, China, Russia, Bangladesh and Iran are such countries with which Pakistan can be compared on the basis of happiness. Moreover, the world’s 3 nuclear powers India, China and Russia are located around Pakistan. As compared to the national economy or industrial development Pakistan is behind these countries. If we compare Pakistan and India leaving other countries aside why there is an astonishing difference in happiness in both countries, this shows that people of India are forced to live a sorrowful and hopeless life. Pakistan has been facing worst Indian sponsored terrorism since 2002, there was a time when every citizen felt unsafe, even young students were forced to attend schools under security parameters. There was not a single place safe from suicide bombers. India was behind the bloodshed and still busy in terrorism despite the defeat of her trained terrorists. From 2016 to 2020 Pakistan has travelled from Grade 92 to 66. This shows the safe future of Pakistan and their power to move ahead despite all the difficulties.

In contrast to this, India who has the power to buy airtime on International Media for her praise, this media has been presenting India as Shining India while the Indian public was dying in hopelessness. The Indian Goddesses, laughter, dancers and success shown by Media got limited to Indian Movies and TV dramas. In this way, India travelled down from grade 118 to 144 from 2016-20. India is followed by Maladi, Yemen, South African country Botswana, Tanzania, Central Africa Republic, Rwanda, Zimbabwe, South Sudan and Afghanistan, however, this could not be understood by pro-Indian elements praising Shining India…