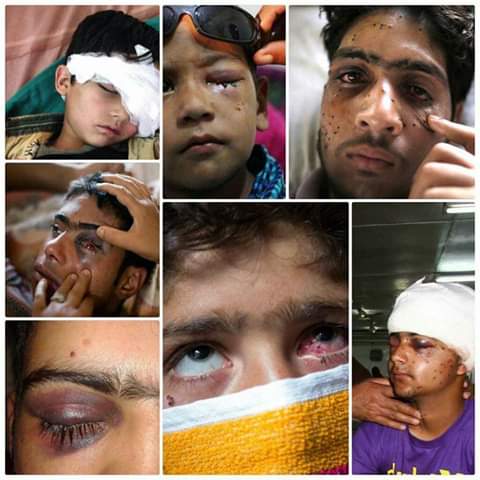 Despite being kept as prisoners for last one year Indian army failed to broke Kashmiris. Indian army equipped with the latest weapons and state support for all inhuman acts, 1 million Indian soldiers seem powerless in front of 8 million unarmed Kashmiri, children, women, and the elderly. On 05 August 2019, after ending the special status of the Indian Held Kashmir, Modi claimed that after becoming the part of the Indian Union, Kashmir will witness the new era of development and peace. Kashmiris knew what Modi meant by new era of development and peace i.e. life would be made worst than hell for Kashmiris. Kashmiris were also ready for this because in the last 7 decades Indian terrorist army has tested all tortures to break the Kashmiris determination for freedom. Kashmiri youngsters have been put to the worst torture ever imaginable to humankind in the Indian state torture cells but Kashmiris are not ready to accept anything less than freedom. Kashmiri women are being gang-raped as a weapon to break the determination of Kashmiris but Kashmiris did not give up their great cause i.e. Freedom from Hindu Terrorist India. Their houses are set on fire, fields, and orchards are destroyed, they are martyred in fake encounters and afterward buried in mass graves but Kashmiris are steadfast to their demand for freedom. This has made Indian soldiers psycho. They are a symbol of hatred for Kashmiris. Terrorist activities of the Indian army have made Kashmiris fearless of death. The stones thrown by unarmed Kashmiris in response to Indian soldiers firing prove worst than hand grenades for Indian soldiers. The fearlessness of Kashmiris mentally tortures Indian state terrorists. 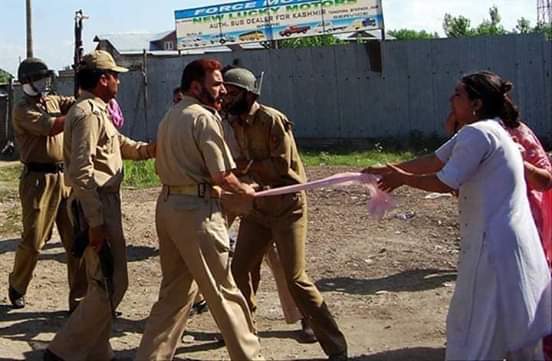 Despite being well-armed with automatic weapons, they feel themselves cowards in front of stone-throwing Kashmiri youngsters. They take revenge of their powerlessness and cowardness by suiciding or killing their officers and colleagues. Kashmiris are also well aware that the International Community is deaf due to interests linked with India. The criminal silence of the so-called flag-bearers of Human Rights countries is also in front of Kashmiris. No one is ready to raise the voice against Indian atrocities committed in IHK. That is why Kashmiris have no difference between liar Modi and rulers of so-called western developed countries. They also feel indifference between BJP’s Modi and Congress’s Nehru. Nehru promised in the UNO to give right of self-determination to Kashmiris but as soon as he reached New Delhi broke the promise while including UNO all the powers of the world also left Kashmiris on the mercy of Hindu Terrorists. These international powers left no stone unturned for freedom of East Timur and referendum for Christians of Sudan but in the case of IHK these so-called human rights activist countries are playing their role in the massacre of Kashmiris in the hands of the Hindu terrorist army. 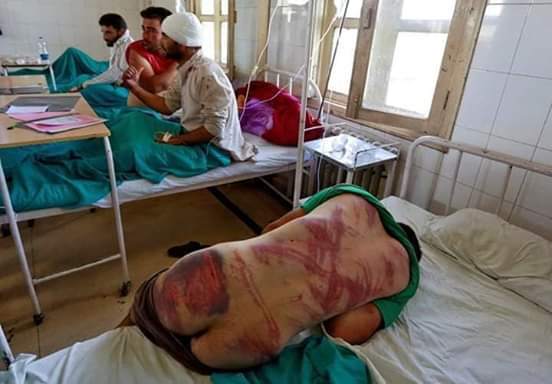 A year ago on 05 August 2019, when Modi announced the end of the special status of IHK on the basis of BJP's majority in the Indian Parliament, this was not something unexpected for Kashmiris. They are bearing all these tortures and crimes against humanity since 1947. Addition of 2 lac army to existing 7 lac army without any declaration was in fact the confession of India that IHK is captured territory. The bans and curfew imposed in IHK is also a confession of Indian defeat in the hands of unarmed Kashmiris. Under the cover of these bans and black laws, Indian terrorist soldiers wrote a new history of war crimes. Telecommunication system was shut down so that massacre and genocide of Kashmiris could not be reported to the criminally silent world. Curfew is continuing for more than 1 year without any relaxation creating a big human tragedy. Due to the shortage of food Kashmiris are forced to eat grass. The number of deaths due to the shortage of medicine, milk, and eatables in the curfew has not been reported until now. 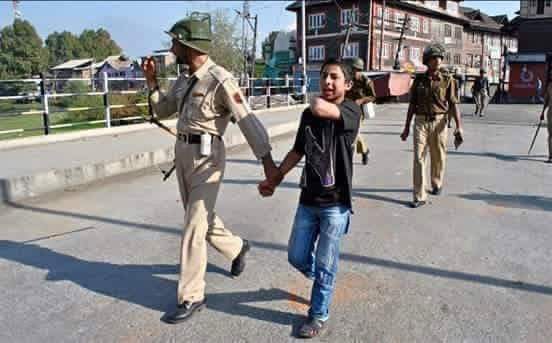 According to Indian media 213 Kashmiri youngsters were martyred in fake encounters, violating curfew and protests while the number of injured is also in thousands. More than 21 thousand Kashmiris were arrested including the elderly of 80 years to children of 8 years of age and women. As the prisons in IHK were filled, arrested Kashmiris were sent to prisons in other cities of India. Arrested/kidnapped children were released after taking heavy fines. Allegedly these children were arrested for protesting and pelting stones on the Hindu terrorists. Just in 1 year, more than 379 Kashmiris were blinded by Hindu terrorists through shotguns while other injuries due to these shotguns are more than 900. 113 children were orphaned, 78 women were widowed. Just in one-year IHK economy has to face the loss of 400 billion, many businesses vanished, 456000 Kashmiris were unemployed. Students were not allowed to attend educational institutes wasting their hard work and there is still no chance of restoration of studies because Indian army officers have converted these schools, colleges into their homes. What happened in 1 year in IHK, the deaf and dumb world does not know that but this is clear that India failed to defeat unarmed Kashmiris. The powerlessness of India is in front of everyone. Kashmiris are still steadfast to their promise made on 14 August 1947  despite scarifying more than 100,000 lives.