India killed more than 80,000 Muslims after capturing Hyderabad Dakkan through the Indian army in September 1948. The world kept silent. In June 1984, India attacked Sikh Religious center Golden Temple in which more than 2000 Sikhs were killed by Indian army. The world kept silent over this state terrorism. In the months of October and November 1984, the Indian ruling party exploited Police and Hindu extremists killing more than 20,000 Sikhs across India as revenge for the death of Indira Gandhi. Thousands of Sikhs were set on fire alive; thousands of Sikh women were kidnapped and gang-raped but the world kept silent and did not feel any need to protest against State terrorism in India. In June 2000, in the riots against Christians in the states of Gujarat, Maharashtra, Uttar Pradesh, Madhya Pradesh and Delhi thousands of Christians were forced to convert to Hinduism or chose death. Churches were set on fire. After Hindu terrorist their thirst with the blood of the Christians; riots spread in Andhra Pradesh and Tamil Nadu. In 2008, Christians were killed in Kerala. In 2015, Hindu terrorists killed Christians in Hariyana and Mumbai. Churches were burnt. Australian Professor and Pastor’s hands were cut and forced to see his wife gang-raped. Later on, the couple was burnt alive. Including Britain and the USA, the whole world maintained criminal silence. 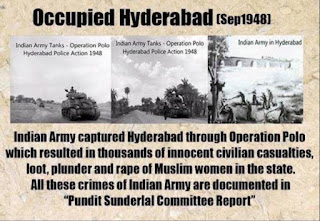 The history of India for killing Muslims in state terrorism is full of bloodshed since 1947. Riots against Muslims are spread across India from time to time resulting in the genocide of Muslims. In these riots, Hindu extremists not only have the support of the Indian Security Agencies but courts and judicial system as well. Despite all this, all those countries claiming to be the flag bearers of human rights and democracy have never dared to condemn India. Muslim states especially Arab states have remained unconcerned for the state terrorism of Hindus against minorities. The story of Indian Held Kashmir (IHK) is a separate story. India has been committing war crimes and state terrorism in IHK since October 1947, because World Powers or investor countries are not ready to take risk of losing big Indian market and their interests in the region for the rights of minorities. This is the support of the International imperialist powers that have encouraged India to violate human rights, international laws, and diplomatic values. India has converted itself into a cache of weapons to disintegrate Pakistan and continue to state terrorism within Indian captured territories especially IHK. India has been considering itself as a descendant of British Rules and the neighboring countries as its conquered areas. India has brainwashed her public that after the withdrawal of English they are the only power in South Asia. 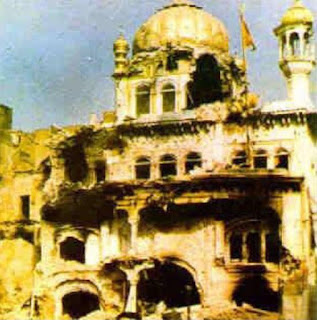 Pakistan was disintegrated in 1971 through international conspiracies. Indian plan was to capture Bangladesh as she captured Assam and Nagaland. To capture Sri Lank India continued terrorism for 25 years through her proxy Tamil Tigers terrorists. After facing Indian slavery for 73 years Nepal has at least decided to give her citizens’ feeling of an independent country. Although Bhutan is an independent country but Indian Foreign and Interior policies are implemented there. To control the Maldives, just a platoon of the Indian army is enough. In the SAARC through the numerical support of Afghanistan, Maldives, Bangladesh, Bhutan and Nepal India planned to isolate Pakistan diplomatically. Indian exploited Afghanistan for terrorism in Pakistan. In the meanwhile, India established relations with China. China also increased its trade with India despite all the border dispute but China never supported India against Pakistan. Not only this, China played a vital role in making the defense of Pakistan strong; India was unable to understand the depth of the Pak-China relations. After completion of CPEC when it got functional, India started giving threatening statements considering that China will not these threats against her interests but a mutual dispute between India and Pakistan and will not take any reciprocal steps. The silence of China on Indian constructions in Ladakh despite the presence of agreements not to do any constructions on disputed area China remained limited to verbal objections. India thought that China will not do anything except verbal objections on the removal of section 370 regarding Jammu and Kashmir. 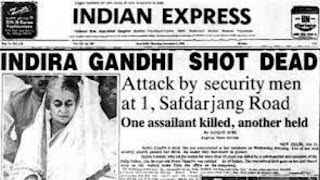 Indian rulers and military leadership misunderstood; the removal special status of IHK released China from all the agreements over Ladakh and other disputed areas while at the same time the agreement to resolver the issue through  negotiations with Pakistan came to end as well.
Moreover, under the umbrella of the USA in South China’s sea an alliance of Taiwan, Philipines, Taiwan, and India forgot that in case of direct war with China neither America nor any other country of the alliance would face direct war along with India. This lesson has been well taught by the Chinese army to the Indian army from 05 May 2020 to 16 June 2020 in Ladakh. After such an insult on the international level, questions by Indian public over the Modi establishment and capability of Indian army; India has only one way left to befool Hindus of India i.e. to increase tension with Pakistan and launch terrorists in Pakistan. The unprovoked firing over civilians in LOC (Line of Control) and attacks over Rangers by so-called Sindhi Separatists. Indian orders to Pakistanis serving in Pakistan High Commission at New Delhi on 23 June 2020 is not a usual move. Violations of International Diplomatic values show that India wants to hide behind a limited war with Pakistan. Liberals and other pro-Indian elements are already active against the Pakistan army and ISI in Pakistan. In addition to this the politicians who looted the national treasury, few industrialists who came into the field through corruption and other corrupt elements of the bureaucracy are pushing Pakistan into chaos and disintegration to avoid accountability. In such a situation if India thinks that due to poor internal situation Pakistan will not able to give a befitting reply to India in case of misadventure like Pakistan did on 27 February 2019 then this is the daydreaming of India. However, in such a situation this is the need of the hour to stand beside Pakistan army against Indian nefarious designs…

Translated by Naveed Ahmed
at 12:07 PM