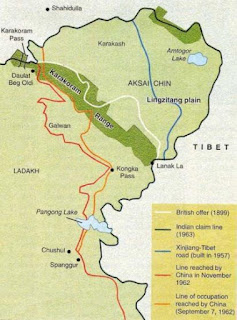 According to the report of Indian Defense Ministry released on 16 June 2020, Col Santosh Babu, Commandant Indian Bihar Regiment along with his two soldiers were killed in skirmishes with the Chinese army in the disputed Gulwan valley of Ladakh. Indian media claimed that the Chinese army suffered heavy casualties in exchange for fire with the Indian army, while three Indian soldiers were killed. Indian media remained reluctant to disclose further details while Indian govt. as well as Defense Ministry maintained silence. Soldiers escaping the active area reached the Bihar Regimental Headquarters, half a kilometer behind the active sight where the skirmish took place. They recorded the video clip through his mobile phone and sent it to their relatives in India. The clip shows Indian soldiers hugging and consoling each other. 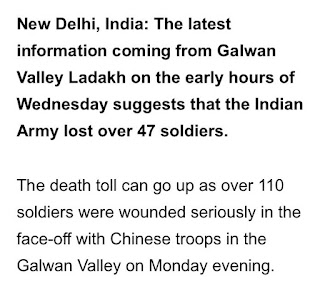 Soldiers are crying like women with unstoppable tears and getting hiccups. The dead bodies that are seen in the video clip are far more than 3. Families of Indian soldiers were informed that either these soldiers are missing or killed in the skirmish with the Chinese army. The poor and pitiful situation is visible in the video clip. Families of Indian soldiers got worried and contacted Indian army for information about their loved ones however, they were asked to wait. Indian media got the reports that the number of Indian soldiers killed in skirmishes with the Chinese army was much high but the Indian Defense Ministry was not ready to disclose the details and reasons of the skirmish, what type of weapons were used from both sides and how Commandant of the Regiment got killed. 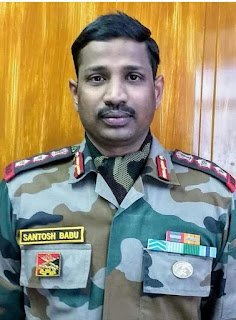 Indian media continued threatening China as per their routine propaganda campaign in order to befool poor Indian public. In the chaos, the tweet of  Retired Col. Ajay Shukla who also served as CO of Bihar Regiment jolted the Indian public that more than 47 Indian soldiers were killed while more than 135 were badly injured and may not be able to survive or live a normal life anymore. He further said that about 65 Indian soldiers were taken as prisoners of war (POW) by the Chinese army but some were released afterward. However, 35 soldiers including a Major are still in Chinese custody. The tweet revealed that in the skirmish no firearms were used. In fact, it was a face to face fight in which besides hands and feet, wooden batons were used as well. He said that the Indian Army’s morale was already on the lowest level, however, after this skirmish, the Indian soldiers may not be in the form to face the Chinese army. 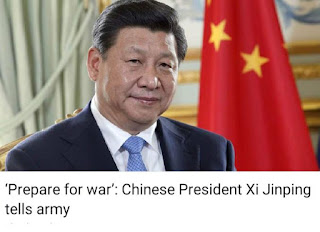 Chinese Defense Ministry released a clip showing recent Military exercises in the Ladakh area. The video shows the preparedness of the Chinese Army, Air Force, hundreds of latest missiles, and artillery guns deployed in the area. It was a clear message to India any misadventure will lead to a befitting reply. First time after capturing approximately 60 km area, Chinese Foreign Minister made the official statement that  one month ago Indian army entered Chinese area and threatened the Chinese army, this time when Indian Army entered the Chinese area a befitting reply was given by Chinese. Chinese Minister demanded that India should investigate and point the black sheep in the Indian army who deteriorated the situation. He further said that China believes in peace and resolving issues through negotiations but no one is allowed to violate China’s integrity. 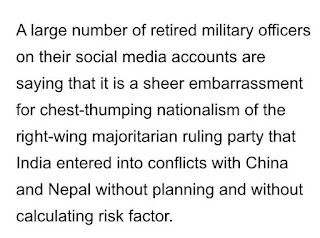 Chinese media has a clear stance that since 1962, China has made this clear to India that Gulwan valley is the part of Tibet which is the integral part (Atoot Ang) of China which will not be compromised at any cost. China not only claims the Tibet but Districts of Indian controlled state of Himachal Pradesh, Nelang, Pulam Sumda, Sang Jadhang as well as Uttarkashi and Lapthal of Uttar Khand. In the light of language, culture, history, and deals made by the British Rule China has the right to control these areas but she does not want to use force for getting the control of these areas and wants to resolve the disputes through negotiations. China also claims that Arunachal Pradesh between Bhutan, Assam and Nagaland is also part of China. Keeping in view the military developments of India in the Gulwan area, China assured that if India is not given a strong reaction, Indian developments would threaten Aksaichen and Sinkiang as well because Aksaichen provides easy access to China for Sinkiang. 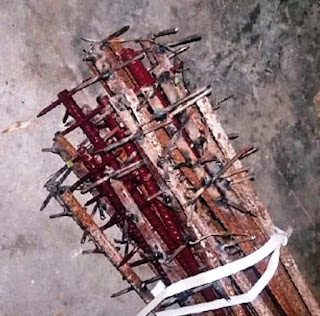 The important question that needs to be answered is what was the motive of Indian CO who took the whole battalion to the Chinese camp? According to Indian claims, Col. Santosh Babu along with few soldiers went to Chinese camp for negotiations. If he went for the negotiations why he took the whole battalion with him and especially in the tense situation when two flag meetings at the GOC level were failed what a Colonel would have attained? What type of the negotiations was that situation deteriorated to fight in which batons wrapped with barbed wire were used resulting in the 47 deaths of the Indian army? 97 seriously injured were airlifted to Southern Command Military Hospital in Leh. 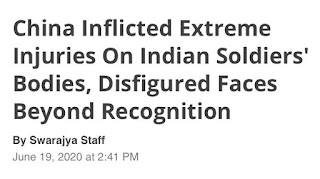 A strange haphazardness and unprofessionalism is being observed in the Indian Army leadership. Indian politicians and including Modi has not condoled the families of the killed soldiers. Indian establishment and politicians threatening to teach a lesson to Pakistan and China simultaneously are unable to answer why the Indian army on the front line was unarmed in Ladakh? If Indians are afraid that China may fire artillery shells in response to Indian bullets than such a big state army (state terrorists) have been trained only to kill innocent Kashmiris in fake encounters? What type of army is that in spite of facing Chinese they are crying like women…