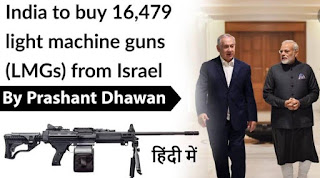 Corona Virus is spreading rapidly across the world. Whether these are the poor countries of Africa or the super Power USA and developed countries of Europe all are its target. Within no time the no of deaths due to the Pandemic has risen to hundreds and thousands. Scientists who have successfully developed the technology to conquer Mars after Moon is still working hard to find the cure for the virus. The number of infected people in the world has reached 2.5 million. No one knows how many more infections would have been reported until the publication of this writing. All the medical experts are emphasizing social distancing so that spread of the virus could be checked creating other social problems. This is not possible for the governments to limit the millions of population and provide them with food and other necessities of life. Due to such bans, people have started looting the trade centers, supermarkets, and shops. In such incidents, there has been no difference between underdeveloped and well-developed countries like the USA. After Italy and Spain, the Virus have spread rapidly in the USA. The first patient was reported on 28 May 2020, while now the masses have been infected. The situation is so much serious that a country like the USA has been forced to shift its production of weapons towards the production of face masks and ventilators in its weapon manufacturing factories. Despite this America is unable to fulfill the demand and forced to purchase the equipment from China. A similar situation is being faced by Russia, Germany, Britain, Australia, Gulf states, Iran, Pakistan, and other countries. But in such poor and chaotic situation, India is the only country of the world busy in purchasing weapons for its army. India has signed a deal with Israel in March 2020 and now demanding that deal should be fulfilled as soon as possible as the Indian Army has to use these weapons against Corona Virus. Indian Media is worried that Modi establishment in spite of imposing harsh lockdown and purchasing testing kits for Corona Virus, PPEs, Masks is busy in purchasing the latest weapons.
While discussing the spread of the virus in India and concerns related with the virus Arun Dhati Roy wrote:
“All healthcare more or less is on hold as hospitals have been turned over to the service of the virus. The trauma center of the legendary All India Institute of Medical Sciences in Delhi is closed. The hundreds of cancer refugees who live on the roads outside that huge hospital driven away like cattle. People will fall sick and die at home. We may never know their stories. They may not even become statistics. We can only hope that the studies that say the virus-like cold weather are correct (through other researchers have cast doubt on this). Never have a people longed so irrationality and so much for a burning, punishing Indian Summer.”
Arundhati Roy has exposed the weak healthcare system of Indian in her article “The Pandemic is a Portal”. According to this report 60% of Indian Population Dalits, Untouchables, Poor Hindus hundreds of millions of Muslims, Christians, Sikhs, and other minorities have no access to the medical facilities. In such a situation if the virus spreads in India, it is unpredictable how many lives will be lost. Extremist Hindu Leaders have no concerns with it. This situation has been further worsened by the curfew imposed by the Narendra Modi. All Hindu Purohit, Sadhu Sant, and Higher Caste Hindu Sadhus who were terming Cow Urine as cure of Corona have vanished with the first reported patient of Corona Virus. Hundreds of millions of people have protested against the lockdown and saying that Indian Doctors are only looking after rich and a population of 1.3 billion is helpless. Extremist Indian Leaders are busy in purchasing weapons for crushing unarmed Kashmir Freedom Movement and war against Pakistan.
According to the news report of Indian Defense Minister, the Indian establishment has signed the deal with Israel to purchase 16,479 light Machine Guns for the Indian Army deployed at the Pakistani Border. This 16 million dollar deal was signed on 19 March 2020. After being equipped with these Israeli Machine Guns Negev. LMG 7.62X51mm, Indian Army’s Morale will be restored to face the Pakistan army. Indian soldiers are currently equipped with the INSAS-LMG 5.56X45MM machine guns and think that these guns are not effective.
Indian Defense Minister told media that these guns will be purchased under Fast Track Procedure (FTP) so that Regular and Special Forces may be equipped with these LMGs rapidly. Under the FTP India has signed deal with the American weapon manufacturing agency SigSurce in July 2018 for purhchase of 72,400 Assault Rifles and 93,895 Carbines. If we look at the ground realities after the steps being taken by India, Indian army is continously violating Cease Fire over Line of Control (LoC). Indian army uses LMGs and Mortar guns. Although, Pakistan army does not hesitate even for a second while retaliating, in which Indian army posts are targeted resulting in loss of lives of Indian Army. Despite all this India is not ready to give up mischievous behavior.
After the outbreak of the Corona Pandemic, Indian shelling is unacceptable which may result in full-fledged war. Although the USA and all other world powers are busy in the war against Corona they should also keep eye on India as well. On 28 March 2020, Indian Medical Experts for Epidemic has warned that insufficient facilities, economic problems, illiteracy, and poverty of 55% of the population living below the poverty line that number in 710 million. In order to check the spread of Corona virus Indian govt should shift people living in scums around the big cities should be shifted to safe areas and provided with masks and other medical facilities. Special Medical centers should be established in the medical centers. If the virus once spreads, then it will not be possible for the weak Indian Healthcare system to control the pandemic…

Translated by Naveed Ahmed
at 1:22 PM