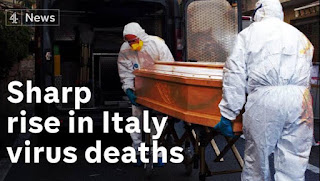 Corona Virus is affecting the whole world. Whether these are the developed countries like the USA, Europe or underdeveloped states, no one is safe from the Corona. Italy has been boasting as the 2nd largest manufacturer of healthcare and medicines. In the case of treatment, people preferred Britain where expert doctors of all diseases are present. Similarly, Holland has been known as the country of healthy people whose identity is the fields of millions of flowers. Tulip is considered as the world's most costly flowers, Holland earned big profits by exporting these flowers to USA, Europe, and Asia. Many tourists visit Holland to see the vast fields of flowers. Now this country of flowers is powerless in front of Corona. First time in the history of the last 100 years there is not a single buyer for the beautiful flowers. The ratio of deaths and infection in Italy has haunted the whole of Europe. In order to look after such a big number of patients, Italy has one doctor and 4 nurses for 8 patients. Despite this Italy has given up. 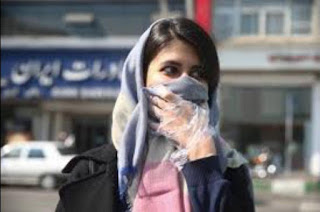 Keeping in view, the increasing number of patients, neonates, and mothers from the Gynae hospitals have been discharged and these wards have been converted into Corona Hospitals by installing ventilator beds. In Britain despite the presence of all types of medical facilities and experts govt. is worried about the Corona attack. Thousands for retired employees for Health Department have been called for the duty to help the Ministry of Health. Temporary Hospitals are being constructed. 3.5 million people are to be tested for Corona infection by the healthcare workers. Billions of pounds have been released to fight against Corona and neutralize its impacts on the economy. The situation in the world's Super Power USA is also in front of us. There is neither a shortage of funds nor resources. Despite this virus is spreading rapidly.  New York has been termed as the center of the virus spreading in the USA. Governor of New York Andrew Cuomo has been warning citizens of New York that if they did not take preventive steps the situations might grow worse than Wuhan of China. Initially, no one paid any attention to this warning. 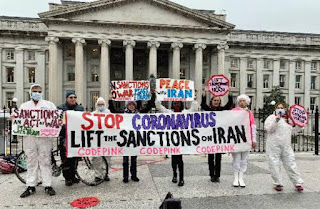 When the number of infections increased in New York and the virus started infecting other states like New Jersey and other states, Trump establishment was forced to announce the package of 2 trillion dollars. This is a big amount; its big chunk would be used to purchase Corona testing equipment, masks, and protective suits for healthcare workers, and production of ventilator beds. Keeping in view the demand for ventilator beds, two big car manufacturers of the USA has stopped the production of cars and started ventilators. As there is no vaccine or treatment available against Corona, artificial respiration is needed for the severely infected persons until they get healed of the virus. All these steps show that each country is doing its best to fight against the Corona. 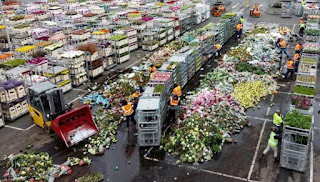 The test of Corona to check the presence of Coronavirus in a patient is too much costly. Establishing Quarantine centers to keep the effected persons in isolation and ventilators for severely infected persons requires huge expenses. These are the heavy expenses that have even pressurized the rich and well-developed countries. Businesses have been closed on the international level. Airlines have announced to downsize their staff in the view of increasing losses. Billions of dollars of the investors have been sunk due to the crashing of International Markets. International Monitory Fund (IMF) and World Bank have contacted G20 countries to postpone the payments of loans from the poor countries. In this regard, a special session would be held on 16 April 2020. Turkey has given the advice of establishing an international Special Fund to relieve the economy of affected countries. 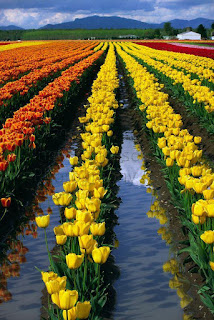 In the whole situation, Iran is such a country that is facing economic bans. The number of patients of Corona and deaths is increasing rapidly. In such a situation Pakistan is the only country that has demanded to lift bans imposed against Iran. Prime Minister of Pakistan Imran Khan has demanded in his various press conferences and address to the Public on TV that if bans imposed against Iran are not lifted than uncountable human lives will be lost due to Corona Pandemic. General Secretary of UNO has also supported the demands of Pakistan. In order to procure medicines and Medical equipment lifting of bans is the need of the hour. All the countries have closed their borders across the world due to Corona Pandemic, each country is afraid of the spread of the Corona. In such a situation if the pandemic in Iran gets out of control the people will be forced to shift to the neighboring countries for treatment. 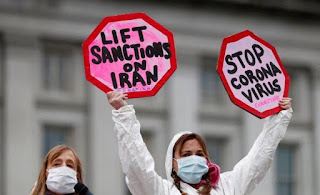 Due to the civil war in Syria, migrants started fleeing the war-torn country and entered into Turkey and other neighboring countries and these countries were forced to allow them to migrate. Similar humanitarian grounds are required by the people of Iran. Innocent children, women, and children are all looking towards the nations of the world as no one wants to see their loved ones die in powerless condition. This is not the time to take revenge or show the enemies down, this is the time to unite against the common enemy that is the Corona. This is the joint enemy of all the regions, sects, races, and the entire humanity. In such a case leaving Iran alone would be equivalent to the enmity of Humanity.