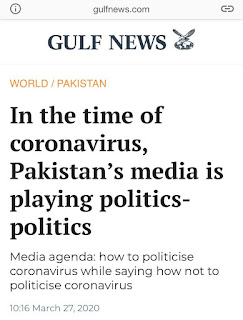 On 17 November 2019 when the first patient infected with Corona virus died in Wuhan Province of China, no one has ever imagined that the virus causing death would spread all over the world within the few weeks. Till 17 December 2019 more than 60 persons were infected with Corona virus in Wuhan. Chinese newspaper China Morning Post wrote that Chinese doctors informed the Chinese Health Ministry about the critical situation of the virus infections, however, it was much late. Not only the number of deaths was increasing, but the number of infected persons was also increasing rapidly. The world was preparing to celebrate New Year Night. China was also preparing for these celebrations. Chinese govt. discussed the situation with the World Health Organization (WHO) however, New Year Celebrations were not postponed. With the start of 2020, WHO informed the World about the serious and critical situation of the Corona Virus Pandemic. The irony of fate is that not a single country took the warning of WHO seriously. Chinese govt. locked down the public in the Wuhan limiting them to their homes. Keeping in view the increasing number of infected persons, Chinese govt. constructed latest hospitals within few days astonishing the whole world proving that China as a nation. A nation where political chaos and wars, violating laws, dividing nation, black marketing and hoarding of medicines and eatables is not tolerated. The steps taken by Chinese were seen by the whole world. When Corona was spreading not a single developed country showed any seriousness. Due to this, WHO had to warn that if all the countries did not take it seriously than many lives will be lost. 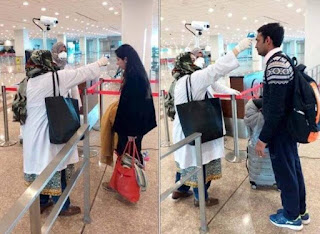 With the start of the new year whole world has secluded itself from China practically including trade. Relatives of thousands of Pakistani students studying in China and Pakistani media pressurized Pakistani govt. to bring them back. In order to ensure the integrity and restore the trust of the world on Chinese steps to counter Corona, Chinese govt. needed that Pakistan expresses trust over the steps taken by China to cure the infected persons. Pakistan faced internal pressure and criticism but did not call back its students. However, steps were taken to screen the passengers over the airports. In the meanwhile, corona took over Italy while in China the numbers of new infected and deaths decreased. In Pakistan, everyone was satisfied that the virus has not been transferred from China to Pakistan. Although, the threat was not over yet. Corona virus reached Italy and other countries in Europe and the USA. 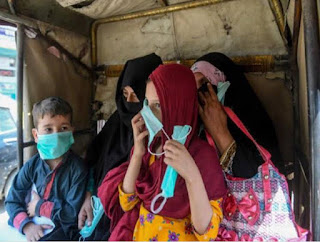 Pandemic spread in Iran. Threats rose than thousands of Pakistani pilgrims may get infected with the virus as well, which afterward not only proved to be true but also provided a chance to the opposition to criticize govt. A storm arose over social media. Our Private media channels also fueled the situation, in spite of warning the public about the results of violations of the lock-down, govt. became the target of media talk shows. In spite of calling the doctors and health experts to discuss the situation, politicians and political analysts were called to discuss the pandemic of the corona. Due to such behavior of the Pakistani private media, in such a critical situation expression of division and disputes arose among the nation. The situation of Italy, France, Germany, Britain, and the USA was no more hidden where due to the sluggishness of govt. and the public to take steps against the pandemic resulted in the wide-spreading. In such a situation the opposition of these parties avoided the point-scoring and this was the point that was needed for cooperation between govt and opposition parties. 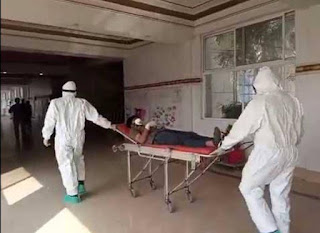 In Pakistan, Public violated imposition of Section 144 and continued its routine life. At such a critical time this was the duty of the govt and opposition that keeping in view the collective behavior and literacy standards to minimize the movement of the public through Police and Law Enforcing Agencies. It was the need of the hour to ignore the political disputes and get united against the Corona Pandemic. Experts of Politics busy in criticizing govt. in the talk shows should have kept in mind the psychology of the public even in developed countries. That is due to the public psychology that despite the availability of all the latest healthcare and law enforcement facilities they seem powerless in front of the collective behavior of people against the Corona pandemic. In spite of showing a better discipline public was seen fighting with each other for dumping eatables and other necessities. 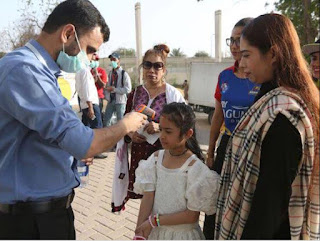 In Pakistan neither we have the healthcare facilities like Europe and the USA nor the lifestyle like them. Our healthcare is capable to provide medical facilities to a maximum of 10000 at once out of 220 million population. In such a situation Sindh govt. is trying to portray its expenditure more effectively to prove Federal and other Provincial governments as a failure. In such a situation the raising of concerns over the steps taken by the other Provincial as wells as Federal govt. by the public is natural. Corona is neither considering whether someone is rich or poor, belonging to a specific sect, religion, lingual group or area. VIPs in Canada, Brazil, and the USA got infected with Corona but no one blamed one another for this. In Pakistan we also need that in spite of blaming each other, the public should break apart the social contacts in order to break the chain. If public is not ready to do that voluntarily than there is no other option except to use the security forces… 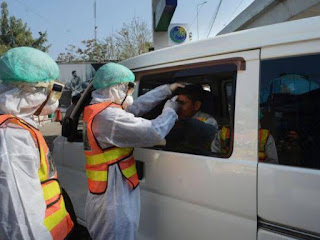