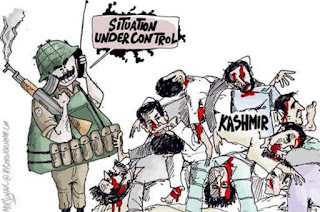 While the world is facing Corona Pandemic. Daily Thousands of People are dying. Army of all the countries is fighting against Corona to save their public. Super Power like America has been forced to ignore political interests in order to save Americans from Corona Pandemic. American Naval Hospitals spread all over the world have been called back to America so that Medical teams of American Navy can help the US Doctors against Corona. This is not long ago when Trump was busy in a cut-throat trade war with China. American traditional enmity is not hidden from anyone. Now this America is appealing for help against Corona to save her population. Not only Doctors, Masks, PPEs for Doctors and Nurses and medical equipment is being requested from China. China has also ignored all the previous trade wars and helping America in the hard times. Most of the nations are standing shoulder to shoulder with their neighbors ignoring the mutual disputes. Everyone knows that Corona Virus is not the enemy of any single nation, continent, color, race, sect or religion but of the whole of humanity. Every country is trying its best to invent vaccines and medicines against Corona so that the human race can be saved. 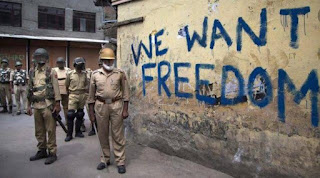 In the whole scenario India is the only country which has imprisoned 8 million Kashmiris in Indian Held Kashmir (IHK) turning their lives into hell. On the other hand, the Indian army is continuously violating Cease Fire on Line of Control (LoC) targeting Civilians with Mortars and Heavy Weapons. Extremist Hindu Leaders of India have fallen below the standard of beasts in their enmity against Islam and Pakistan. The whole of India has been locked down due to Corona. People are dying due to hunger. Businesses have been closed. Hundreds of millions of Indians are facing a shortage of food and resources. In spite of helping these helpless people, the Indian Army is busy in martyring Kashmiris in fake encounters or kidnapping without registering any cases. Women are kidnapped and gang-raped. 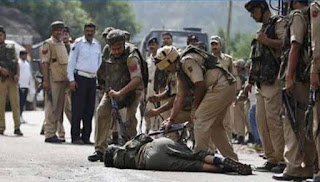 In the last 8 months Curfew has been imposed in IHK. Kashmiris are not allowed to get out of their homes and buy food etc. Kashmiris have no link with the outer world. Internet service was restored two weeks in such a way that it is useless. When Human Rights Organizations demanded the lifting of Curfew, in order to betray the world India changed the stance that it is Lock Down not Curfew due to Corona Virus. There is a hell of the difference between the Lock Down in India and inhuman Curfew in IHK. In India, govt. is arranging ration for the people, rich are trying to help poor, Indian public are in contact with the rest of the world through internet limited to their homes. In case of becoming ill they can reach hospitals and doctors. They have all types of medicines and medical facilities available. Indian media is free to raise the voice for their problems. There are no restrictions for organizations of Human Rights to reach Indian People. Those who come out of their homes during lock down are not being shot down nor being blinded by the fire of the pallet guns.
Since 05 August 2019, more than 18000 Kashmiris have been arrested. These include those Kashmiris leaders as well who were loyal to India besides Hurriyat Conference Leadership. They all have been imprisoned because they did not accept the surrender of Special Status of IHK. The number of those who were arrested for supporting freedom of Kashmir also numbers in thousands. Indian Media has reported the Modi The establishment has no intention to save IHK from Corona. The people arrested by Indians are threatened by Corona who has been put into declared prisons in aa very congested manner. 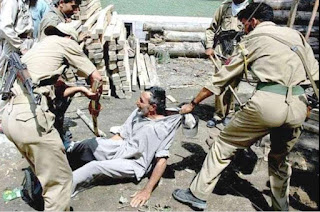 In the light of such a situation, journalists of the American newspaper The Washington Post arranged a secret survey from October-December 2019 in which students of Sri Nagar were asked about the steps taken regarding the special status of IHK. In a report published in The Washington Post on 12 March 2020 regarding the survey it was disclosed that 91% of Kashmiris want the withdrawal of Indian Army from IHK. Newspaper wrote:
“The same percentage backed the holding of a referendum to decide the future of the Muslim-Majority Region.”
When the report was published, Indian established said that after removal of Section 370 regarding the special status of IHK, Indian needs ten years to crush freedom movements and making IHK a part of India. Only after this Indian will be able to make Kashmir ATOOT ANG of India. The ambitions of India show that whatever strategy India uses to continue its occupation of Kashmir this will fall into the category of violation of Human rights and war crimes. Washinton Post’s survey after 73 years of partition has proved that Kashmiris want freedom. India has used all types of inhuman acts to crush the freedom movement of Kashmiris but Kashmiris are steadfast to their demand that Kashmir will become Pakistan. In the way Indian govt. is unwilling to save Kashmiris from Corona Virus, protests should be staged against this. 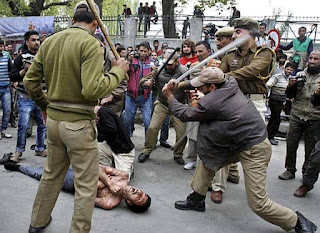 Prime Minister Imran Khan has repeatedly asked International leaders and UNO to pay attention to the situation in IHK. This is not enough, our media and Opposition parties should also raise their voices for IHK and force India to take measures to stop the spreading of the Corona in IHK. They should prove through their protests against the violations of Human Rights in IHK that Kashmiris are not alone, each and every citizen of Pakistan is with them…