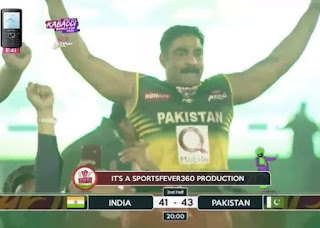 Arrival of Indian Kabbadi Players on 09 February 2020 to participate in Kabbadi World Cup was good news for Pakistanis. Before this India had been denying to send her players for any game. In spite of resolving the disputes, India always expressed enmity against Pakistan. The announcement of stopping the waters of Pakistani rivers, unprovoked shelling over civilians around the Line of Control (LoC) with heavy artillery, despite all this Pakistani govt. and Public tried to keep game fields away from the state disputes. Although Kabbadi is not as much famous as Cricket but being a traditional game, there are great numbers of persons who like this game both in Pakistan and India. After arrival of Indian players, even those people who had no interest in Kabbadi were waiting to see the Pakistan-Indian Kabbadi game. Pakistan, Canada, Australia, Azerbaijan, India, Germany, Britain, Iran and Siera Leon participiated in Kabbadi matches. This was a coincidence that on 16 February 2020, India and Pakistan played against each other in the final. Perhaps this was the reason that even those having no interest in Kabbadi watched it live on their Televisions. Till the end it was impossible to forecast that who will win, however, in the last moments Pakistani players defeated India. 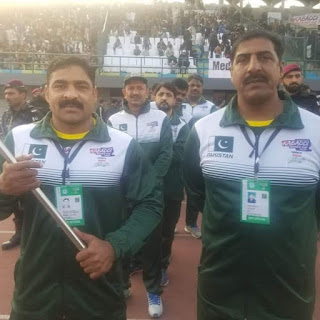 As per the sportsmanship it was termed as winning of the successful hosting of the games in spite of win of Pakistani. On 03 March 2009, after direct attack of Indian trained terrorists the game fields of Pakistan had been deserted. However, after success of Zarb-e-Azb and then Rad-ul-Fasad world has started considering Pakistan as a safe and peaceful country. In the jeep rallies people all around the world participated. The interest of international tourists was increasing in the Northern snowcovered mountains of Pakistan. The Captain of Indian Kabbadi team also acknowledged the respect and love he received from Pakistan and termed Pakistan as a safe country for the games. 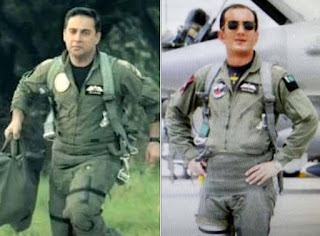 Indan Media and Hindu extremists in order to fuel the enmity against Pakistan, denied the defeat of India in Kabbadi. They were of the view that why Modi establishment alowed Indian Kabbadi players to visit Pakistan. According to them Indian Kabbadi team was defeated on the day they arrived Pakistan and this was not the defeat of Kabbadi Team but Bharat Mata. Till the evening, Indian media had done digging the mountain and finding the reason behind defeat of Indian players. They told Indians that Indian Kabbadi Team was defeated by the Pakistani Air Force. Not only the coach of the Pakistani Kabbadi team but few players were on service soldiers and officers of Pakistan Air Force. The name of the coach is Faryad and he is serving as Chief Warrant Officer in Pakistan Air Force. Similarly player Waqas Butt Warrant Officer, Obaidullah Chief Technician, Sajad Chief Technician, Nafees Senior Technician, Bilal Mohsin Senior Technician, Zulqarnain Senior Technician, Team Manager Squadron Leader Amir, Group Captain Ajmal Vice President Pakistan Kabbadi Federation, Group Captain Nadeem Ajmal received the trophy after winning the Kabbadi World Cup 2020. 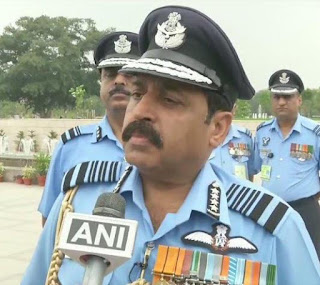 These news proved as salt on the wounds of Hindu Extremists and RSS terrorists. Anti-BJP elements posted a group picture of Indian Kabbadi Team on twitter in which on each Indian players face the picture of Indian Prisoner of War Indian Air Force Pilot Abhinandan was pasted. Not only this the other picture showed Indian players wearing IAF uniform and taking tea. The comments were mostly about the lesson taught by PAF to IAF on 27 February 2019 in which shooting down of Indian Army Aviation’s helicopter MI-17 was especially mentioned. Indian Defense Minister and Army continously denied shooting down of any helicopter on 27 February 2019 while the videos of the burning remains of the helictoper got viral. India media tried to portray these remains as remains of Indian claimed hit of PAF F-16 which was rejected by the Indians. On 27 February 2019, PAF’s flights within Indian controled territory, dropping of bombs near Indian important targets etc. Indians were unaware of such details. They were only told that one Indian jet was downed in Azad Kashmir and Abhinandan was arrested. Indian got aware by the Press Briefing of Pakistani DG ISPR that two Indian jets were shot down, one fell in Indian Held Kashmir while other one fell in Pakistan. One day before this IAF jets bombed a deserted place, Indian establishment claimed that 5 hideouts of militants were destroyed. On the very same day DG ISPR Major General Asif Ghafoor disclosed Indian lies and assured that Pakistan will take the revenge in which Pakistan will choose the target and time itself and this will be a big surprise for India. 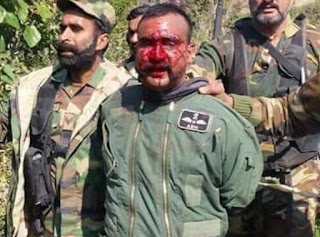 Indian media continued analyses of DG ISPR’s statement whole night. They never thought that Pakistan will be so much swift in giving surprise to India. On the very next day on 27 February 2019, it became a problem for Indians to hide the successful strike (surprise) of Pakistani jets while denying destruction of IAF jets and arrest of Abhinandan was not possible for India. DG ISPR Asif Ghafoor once again gave the Press Briefing and asked India to deny the facts if possible. It was further disclosed that PAF may have hit the Indian Army Headquarters in IHK but Pakistan did not want war that is why bombs were targeted aside. Indians were aware that if they rejected the claims of the Pakistan, Pakistan will disclosed the evidence of PAF jets attack within Indian Held Kashmir (IHK). 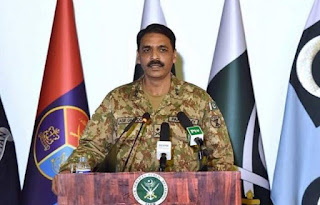 Moreover, the destruction of Indian Aviation Helicopter in friendly fire and death of 6 important military personalities out of which 5 were Indian Pilots while the other one was on duty Brigadier, also became a problem for India. Due to internal pressure after 8 months on 04 October 2019, Indian Air Chief Rakaish Kumar Bhaduria acknowledged that on 27 February 2020, Indian Air Defense System target Indian Helicopter considering it as Pakistani jet in the chaos which was a big mistake. This was actually the acknowledgment of PAFs superiority over IAF which took 8 months to IAF to accept. In such a situation the defeat of Indian Kabbadi team in the month of February in the hands of PAF players in Pakistani Kabbadi team has made Indian wounds afresh.