ISIS Attacks and Protocol for Mohsin Dawar and Ali Wazir in Afghanistan! 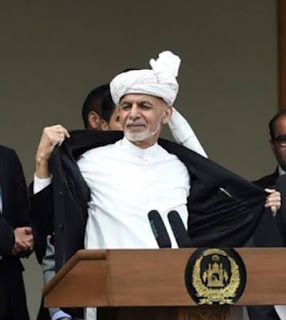 Members of National Assembly Ali Wazir and Mohsin Dawar were stopped at the Islamabad Airport on 8 March 2020 when they have boarded the airplane, they were told by the FIA officials that as their names are including in the Exit Control List (ECL), they cannot leave the country. Both of these members of the Pakhtun Tahaffuz Movement (PTM) were going to participate in the oath-taking ceremony of Ashraf Ghani as President of Afghanistan. Both of them were arrested for attacking Military Checkpost in South Waziristan. Both of these members of PTM were also involved in anti-Pakistan propaganda and activities of PTM. However, in May 2019, Peshawar Highcourt accepted their bail. When they were stopped by the FIA officials, they created propaganda.

They both were well aware that their names are on the ECL, they should have contacted the Interior Ministry before boarding the plane for going abroad. They also knew that they will not be allowed to leave the country and that was what they wanted so that they can further their propaganda against Pakistani security agencies. The sacrifices and struggle of Pakistan for the America-Afghanistan-Taliban peace agreement, these both wanted to waste it on the beck and call of the enemies of Pakistan. Afghan govt. also disclosed its future plans about relations with Pakistan by inviting these two members of PTM in spite of Prime Minister or President of Pakistan. Despite this on the special permission of Prime Minister of Pakistan these two Afghan agents were allowed to go to Afghanistan. They were received with the special protocol by the National Directorate of Security (NDS) secret agency of the Afghan National Army (ANA). They were taken into the Afghan Army Helicopter to the Presidential complex. This raised questions in Afghanistan over the protocol given to them. Especially Tajik leaders asked Pakistani officials that why these two agents of Ashraf Ghani were allowed to visit Afghanistan. Moshin Dawa warmly thanked Ashraf Ghani for delaying his oath-taking ceremony as they got late. 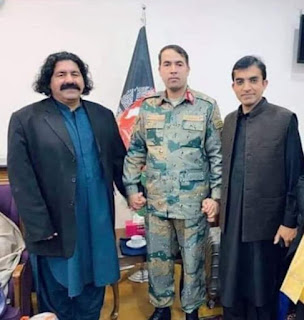 The second important aspect of the Ashraf Ghani’s oathtaking ceremony was the bomb blasts somewhere near the venue due to which the stage of the Afghan President was also jolted and sounds of firing were also heard. The beauty of the drama was that on hearing the sounds of bomb blasts and firing participants ran towards the building. Ashraf Ghani and his guards did not show any signs of panic, he continued his speech even during the bomb blasts. Ashraf Ghani and his security guards showed fearlessness. In order to add more drama to the ceremony Ashraf Ghani opened his waistcoat like coat showing his chest that how brave he is, he is not wearing any bulletproof jacket. Everyone, that in such cases security guards take the VIPs into their security and shift them to safe places. Afghanistan has a long history of such attacks and loss of lives and destruction. 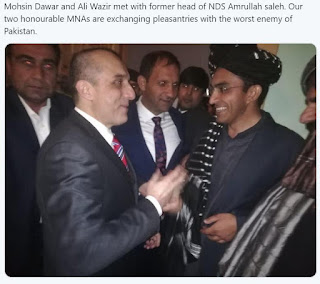 Moreover, until now the place where firing and bomb blasts took place have not been disclosed on the media, however, ISIS accepted the responsibility for the attack, an attack in which neither any casualties nor destruction of any building has been reported. 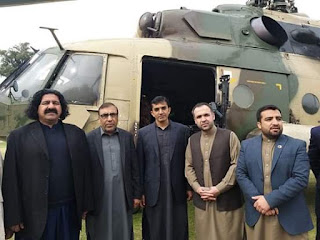 In 2014, there was a similar situation when Abdullah Abdullah rejected to accept Hamid Karzai as President of Afghanistan. He was stubborn that he should be given power as the President. At this time US Secretary of State reached Kabul and controlled the situation. A new designation of Chief Executive was included in the Afghan govt. to accommodate Abdullah Abdullah. In the current scenario, not only Afghan establishment but the public is worried as well that who is the leader of the country. Those areas of Northern Afghanistan that has the majority of supporters of Northern Alliance, there Abdullah Abdullah, has started giving orders including the appointment of governors of three provinces of Afghanistan.

Al-Jazeera TV’s report shows that the public have linked their hopes with the Taliban and they are watching towards the Taliban for their future. Taliban, who have defeated World’s Super Power USA in the 19 years long war forcing Americans to sign a deal with the Taliban. According to this report, the Afghan Public considers that Ashraf Ghani will have to leave the office. If this is so than protocol for Mohsin Dawar and Ali Wazir and special invitation of Ashraf Ghani is not without any reason. In such a situation keeping an eye over the PTM and its anti-country activities is the need of the hour…

Translated by Naveed Ahmed
at 9:12 PM