Haseena Wajid Confesses that Conspiracies for Separation of Bangladesh was Started in 1948! 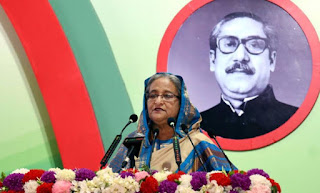 The so-called Liberals negating Two Nations Theory deny that anti Pakistan's conspiracies were started with the independence of Pakistan. The Conspiracies of Greater Pakhtunistan, Separation of Balochistan and Bangladesh are no more a secret. Indian attack and capture of Jammu and Kashmir were also linked with these anti-Pakistan campaigns. Just 10 days before the announcement of independence Muslim majority areas like Gurdaspur and Ferozepur were added into India which resulted in the century's largest migration entangling Pakistan into the rehabilitation of the migrants fleeing these areas due to the state-sponsored massacre by Hindus and Sikhs. This was such a bloody chapter of human history that can never be ignored. Indian rulers not only denied to give the part of Pakistan’s finances but also the heavy weapons as well. In order to run the state affairs, Pakistan did not have the buildings for Police Stations and offices. The state affairs were run by renting the buildings. Many British Bureaucrats who were deployed as Commissioner or Deputy Commissioner in British India and responsible for the partition of India have written in their books that the resources that were given to Pakistan at the time of Independence were insufficient for keeping Pakistan independent, this was hoped that within 10 years due to economic problems Pakistan will have to request to India to be included into India while some were of the view that life of this state will be only 25 years. The main reason behind these prophecies was the geographical areas of United India that were given to Pakistan. In the East there was a continuous threat of sea storms, the majority of the land was not suitable for crops except Jute and rice. In the Western Parts, the agriculture was limited to only two provinces for which water was required. The other two provinces were dependent on the agriculture of Punjab and Sindh despite this these provinces were made the incubator of conspiracies. 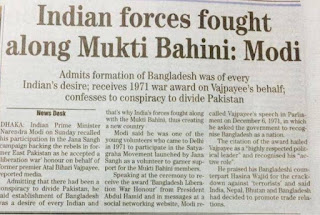 Whether these were the negators of Two Nations Theory, perpetrators of The Communist system in Balochistan and separation of Balochistan, or elements working for the Greater Pakhtunistan they were all supervised by India. India won the support of Soviet Union as well by promising that Pakistan’s NWFP will be given to Soviet Union via Afghanistan for access to warm waters. For this India exploit the nationalism and linguistic disputes in East and West Pakistan. Punjabi Bureaucracy, Punjabi army, Punjabi Feudals, Punjabi politicians denying rights of Bengalis was the famous statement of anti-Pakistan elements. The irony of fate is that in the Western Pakistan anti-Pakistan elements disguised as followers of Lenin also propagate this propaganda. After the Fall of Dhaka, the Pakistan army was held responsible for it so that the actual characters of this conspiracy could be covered. All of these were those characters who termed the arrest of Mujeeb in the Agartala Conspiracy Case as political revenge by the Pakistan army despite having all the evidence. Just like now a days few intellectuals and journalists on the payroll of India defend and cover the anti-Pakistan statements and mutilating of Pakistani flag by the Ali Wazir and Mohsin Dawar of so-called Pakhtun Tahaffuz Movement (PTM). 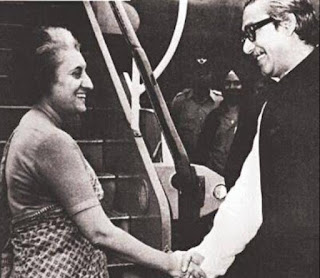 After the success of Fall of Dhaka conspiracy in 1971, we still feel proud in calling the Mujeeb as a patriot and blaming Pakistan army for Fall of Dhaka. However, 21 February 2020 during the 4 days celebrations of Mother Language at Mother Language Institute Dhaka, Haseena Wajid of Bangladeshi Prime Minister confessed that her father Shaikh Mujeeb has decided to separate Bangladesh from Pakistan right after the independence in 1947 as he dreamt of a free country on the basis of language in spite of religion and kept working on it. In order to fulfill his dream, he established Tamuddun Majlishi, Chatra League, State Language Action Council and established many student organizations in the educations institutes. Due to such wishes of Mujeeb in March 1948 he has to face arrest and this laid the foundation of separate land for Bengalis. Haseena Wajid said,
“We have achieved independence depending on the language movement. And this is the reality.” 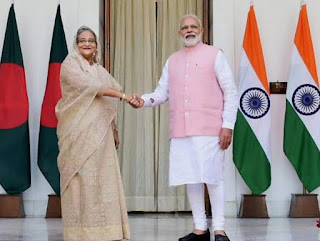 Haseena Wajid blamed Pakistan army for the murder of Mujeeb in the hands of his security personnel of the Bengali army on 15 August 1975. she said that the murder of Mujeeb was planned in Pakistan while in all the books and news reports written on the murder of Mujeeb, Pakistan was never blamed because he was not murdered one or two persons but a Regiment Bengal Lancers of Armored Division of Bangladeshi army. All the soldiers and officers of this 13 Lancers Regiment had started fighting against the Pakistan army supported by the Indian army. That is why after taking on the power in Bangladesh, Mujeeb chose this unit for his security and the officers of soldiers of this unit were considered as most loyal and near to Mujeeb.


Perhaps this is the bitter reality that Haseena Wajid wants to hide from the modern generation of Bangladesh that Mujeeb chose to be slave of India but he also wanted to enslave Bengalis to India as well; this role is now being fulfilled by his Daughter Haseena Wajid and wants that Bengali people keep the distance from Islam and Pakistan as per the requirements of India, however, nature has its own plans and the truth cannot be kept hidden underlies for a long time. 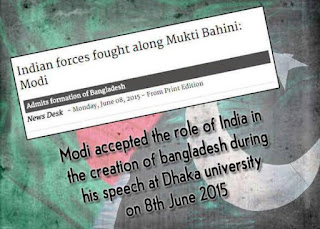 Haseena Wajid has confessed conspiracies against Pakistan now while Modi did similar confession on 08 June 2015 during his address to give awards to those who played an important role in the Fall of Dhaka and said,
“India played a part in the break up of Pakistan in 1971 liberation.”