Modi should Train his Army for Internal Civil War! 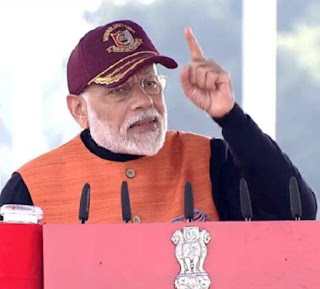 Few days ago on 26 January, on the democratic day of India, there was not a single notable country where thousands of people had not protested against India hoisting black flags. All Indian efforts to stop the protest in front of Indian High Commission London went in vain. Local English men and women participated in the protest which was astonishing. A British woman was asked by the journalist why she is accompanying protest rally of Kashmiris and Sikhs, she said that she considers this as her duty to protest against the worlds biggest oppressor and enemy of Human rights i.e. India. When journalist told her that India is celebrating 26th January as Democracy Day and India is the biggest democracy of the world; British woman rejected the stance of the journalists and said that India is exploiting Democracy as a slogan in order to deceive the world. Democracy not only means the process of the election but giving the rights to the public. India has snatched the rights of Kashmiris in the name of Democracy since 1947 and in the name of secularism minorities of India have been denied basic human rights. Now since 05 August 2019, Indian Held Kashmir (IHK) has been converted into the world’s biggest prison. India is also attempting to snatch citizenship form the Muslims of India. 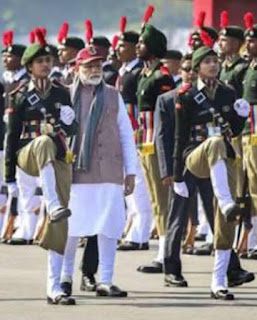 During the media briefing in Washington, Vice Foreign Minister of America demanded that American ambassadors should be allowed to visit IHK and all political leaders to be released. Similarly European Parliament has first time approved the resolutions against the Modi establishment's CAA bill unveiling the heinous face of so-called mother of democracy. Modi in spite of replying the questions raised on the International Level has started threatening Pakistan.
Modi while addressing National Cadet Corps Rally on 28 January 2020 threatened Pakistan that Indian Army can defeat Pakistan with 7-10 days. He said,
“The Indian Armed Forces won’t take more than a week to 10 days to make Pakistan bite the dust”. 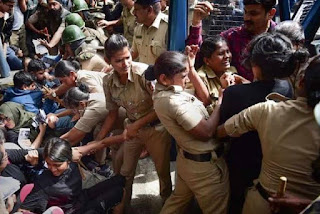 Modi’s tone was that as he was addressing an election campaign or Hindu Extremists’ rally. During his address, he was wearing a baseball cap of the National Cadet Course. Ex-Indian High Commissioner M.K. Bahadur said that while wearing the baseball cap in the National Cadet Core, Modi posing himself as a young cadet forgot that Pakistan is a nuclear power and Pakistan army has been facing war practically for the last decade. Indian economy is drowning rapidly, unemployment is increasing day by day. Whatever the interests of Modi had behind the disputed CAA; it has raised concerns among the Muslims living all over India raising a big question mark on their future. Not only Muslims, but Hindus of lower caste are also afraid and feeling unsafe due to the slogans of converting Indians into a Hindu State by the Hindu extremists of upper-caste Hindus. They are aware of the Hindu history that the Hindu state is not bound to give basic human rights to Dalits or lower caste Hindus. Many Dalits and lower-caste Hindus have completed their studies and employed in govt jobs by hiding their identities, teaching the education sector, living a happy life through business or sending dollars while working abroad. In the CAA where Muslims are being demanded to provide the evidence of their living in India before 1970, Lower Caste Hindus are also being questioned about their caste and religion. When their reality will be disclosed everything they have will be forfeited. In such a situation even Indian Courts will not provide them any protection but stand with the Higher Caste Hindus. That is the reason that Dalits and untouchables are participating in the protests arranged by Muslims against the CAA. Not only Dalits, the educated Hindus from the upper caste consider the policies of Modi and Amit Shah as an attack over the integrity of India and are not only supporting Muslims but trying to awaken the Indian Public. 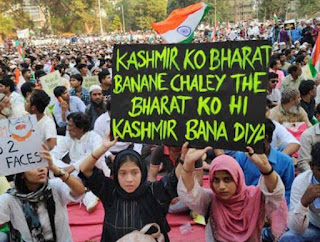 Irony of the fate is that Modi is still enchanted by the fantasy of Surgical Strike in Azad Kashmir of 2016. During the address to the young cadets, he not only mentioned the 2016 surgical strike but the Israeli manufactured bombs that were dropped in the jungles of Azad Kashmir in February 2019 by Indian Air Craft, claiming it as the achievement of the Indian Army. He claimed that the Indian Air Force destroyed the camps in which hundreds of militants were being trained for terrorism in India. Modi neither had the courage to tell the cadets that the 2016 Surgical Strike fiction story has become a joke over the Indian army and BJP govt. nor he mentioned the retaliation of Pakistan Air Force in February 2019 in which Indian Fighter Jet was shot down and Pilot was arrested as Prisoner of War. How could Modi had mentioned all this, he was giving dreams to the cadets for defeating Pakistan with 10 days considering them as RSS Goons in the uniform. He forgot that the Indian army that has failed to defeat the Kashmiris (elderly to infants of Kashmiris) despite all the inhuman acts. How such an army will face a nuclear power, Pakistan. 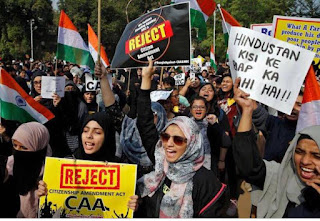 Modi and his army should pay attention to the freedom movements within India which have gathered more momentum after approval of disputed CAA. Indian Held Kashmir has once again gathered international attention. Sikhs living outside India are planning to hold the referendum for Khalistan in continuing year. Indian Sikhs due to the fear of Hindu atrocities may not take part in the referendum but securing the major votes in the favor of Khalistan Sikhs will pressurize India through Western Countries and UNO to hold the referendum in India as well. The denial to hold the referendum would result in the armed struggle for the freedom of Khalistan. Indian army is already facing low morale and hopelessness in Assam, Nagaland, and Jharkhand. In such situation Modi, Modi establishment and Hindu Commanders should train their army to face the internal civil war in spite of training their soldiers to rape minorities and murder unarmed protestors. As long as Pakistan is concerned, any misadventure of India would be a clear message of Death of Indian Army…