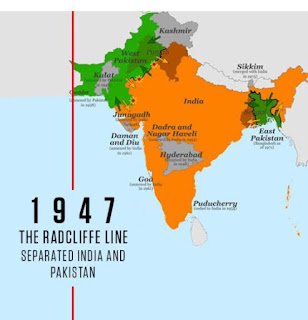 Leaving Indian Held Kashmir (IHK) as a dispute between Pakistan and India Lord Mount Batten, Lord Ismay Chief of Staff and Chairman Boundary Commission Cyril Redcliffe did the historical embezzlement; District Amritsar’s Distt Ambala, Ferozepur Tehsil of District Ferozepur and two other Tehsils of District Jalandhar were included in India for providing passage to India towards IHK just 5 weeks before the partition of India. According to the census of English, Muslim were 51% of the population of Eastern Punjab. Out of four Tehsils of District Gurdaspur Shakargarh, Pathankot, Gurdaspur, and Battala only in Pathankot Hindus were in majority while in the rest of the tehsils Muslims were in majority and Sikhs were only 10%. Inclusion of Ferozepur, Gurdaspur, Pathankot was necessary because there was no other way for India to enter into Jammu Kashmir. Rejecting the majority of 51% of Muslims, Lord Mount Battan prepared a report with the help of his Governor Evan Jenkins through Lard Records in which it was shown that Muslims paid only 35% of agriculture tax in order to suppress the population of Muslims. Many writers and intellectuals of India accept the inclusion of the above-mentioned areas into India as dishonesty of the Boundary Commission.
These dishonest decisions show that British imperialism was not happy at the partition and independence of Pakistan. English never wanted that Muslims of India once again rise as a power to reckon with. Biased actions of English were not hidden. In fact, the leadership of Muhammad Ali Jinnah and his arguments on TWO NATIONS THEORY forced English to accept the demand of a separate homeland for Muslims of India. However, English created such a situation that Pakistan could not sustain itself for a long time and is forced to join India due to overburdened problems. This was the reason that the British Empire did not pay any heed to follow the formula prepare by the British for the division of weapons, financial resources, and cash; everything was handed over to India. India was well aware of the defense weaknesses of Pakistan, that is why while attacking IHK, India was not afraid of any resistance from Pakistan. The capturing of Jammu Kashmir meant control over Pakistani rivers which meant control over Pakistani agriculture and economy. Whether it was General Frank Walter Messery leading Pakistan army till February 1948 or his successor General Douglas Gracey, both of them did not do anything to take any action against the Indian army invading Kashmir. Despite this, troops of Pakistan tribal Mujahideen and Pakistan army soldiers not only saved 1/3rd of Kashmir from India but in a year-long war made it impossible for Indians to maintain their hold on remaining Kashmir. With the advice of Lord Mount Battan, Nehru went to the United Nations where America and other Pro-Indian countries were ready to save India from defeat. 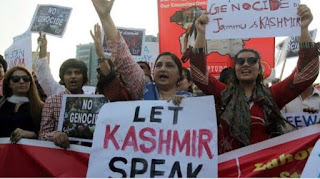 On 1st January 1949 the declaration of the ceasefire and on 05 January 1949, the passing resolution of Kashmiris to decide their own fate, Nehru returned back celebrating his success, his statements showed that India went to United Nations only to the cease-fire and not for giving the right to Kashmiris. However, in order to win the trust of Pakistan and Kashmiris in his letters written to Pakistan, Nehru mentioned and reinforced his promise of the referendum which was nothing more than a deception because practical actions of India were in the contrast of this. 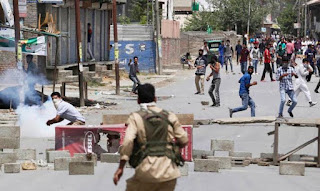 On the one hand, India started the conspiracies in NWFP through  Afghanistan in the name of Greater Pakhstunistan for the separation of NWFP and Tribal Areas from Pakistan. In Balochistan terrorism was started through armed militants. Russian Secret Agency KGB supported Afghanistan and India in these conspiracies. In order to cover the conspiracies and win public support, propaganda against the Pakistan army was launched, in which the followers of Lenin and Marx Pakistani journalists and intellectuals played a vital role. They were dreaming of converting Islamic Pakistan based upon the TWO NATIONS THEORY into Communist State and were propagating atheism as the only way of progress and the Pakistan army was the only hurdle in their way. That is why they started propaganda against the operation of Pakistan army in Balochistan as actions of the Pakistan army to deny the basic right of Baloch and still, they do this but avoid to mention the orders of Quaid Azam Muhammad Ali Jinnah to start military operation in Balochistan, they also did not discuss the whole historical perspective due to which Khan of Qalat was forced to break his promise for inclusion into Pakistan.
Indian rulers converted their promises made in UNO to hold referendum into Kashmir for knowing the will of Kashmiris whether they want to live with Pakistan or India, into enmity against Pakistan. India's Foreign Policy is limited to attacking the sovereignty of Pakistan. India developed as the biggest purchaser of lates weapons. In order to sell their weapons to India the 4 veto powers of UNO America, Britain, France, and Russia started protecting and legalizing the Indian war crimes in IHK. The torture and atrocities committed by Indian state terrorists in IHK are meaningless for these countries in the light of profits they derive from sales of weapons to India. 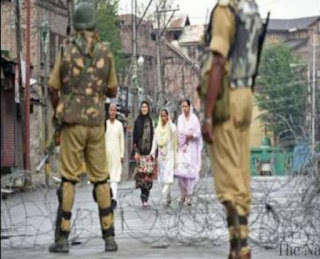 From 1947 to August 2019, International Media also supported India's war crimes in IHK. However, on 05 August 2019, when the Indian Parliament changed the constitutional state of Kashmir into a defeated land and converting Kashmiris into slaves of India, International Media was forced to look once again into the bitter realities and they saw the real bloody face of India. The reports prepared over the crimes against Kashmiris by the international media jolted the western public that how India is committing war crimes against humanity in IHK. Protest against the change of Indian Constitution was going on that Indian Extremist Hindu Leaders imposed another Draconian law regarding Citizenship of India on 15 December 2019 attempting to deny citizenship to 280 million Muslims of India. India is protesting against this as the whole of India is in the clutches of Extremist and Terrorist Hindus. Hindus of lower caste are also concerned that if Extremist Hindus are not stopped now, this may result in such a human the tragedy that will not only destroy the sub-continent and South Asian society and economy of the half of the world…