Hasty Verdict for Pervaiz Musharraf is Sacrificial for Judiciary 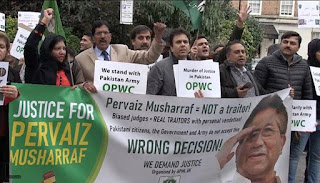 Everyone in Pakistan is astonished that why Judicial System of Pakistan was in haste to sentence the punishment of General (R) Parvaiz Musharaff in which all the procedures of the justice were violated; even the tense situation over the border was ignored as well. We have been divided so much socially whether this division is on an ideological or political basis; we have no respect for our opposers. What was the situation in which Parvaiz Musharaf toppled the democratic government? Why Judicial system of Pakistan acknowledged and reinforced the non-constitutional steps of Gen Musharaf? Not only this a dictator was allowed to amend the constitution of Pakistan. Leaving this discussion aside that after the decision against Musharaf the protest rallies against and in favor of the judicial decision are astonishing. The basic point is the threats to the sovereignty of Pakistan is being faced by the army alone. In such a situation the decision against the ex-Chief of Army and the wording used in the decision invited the reaction naturally. In the way lawyers and other analysts rejected the sentence of Musharaf as being injustice and against the constitution; this shows that the majority of the public of Pakistan does not trust the judicial system of Pakistan and has concerns over the democratic institutions of Pakistan. However, the issue of graver concern is the morale of the Pakistan army. 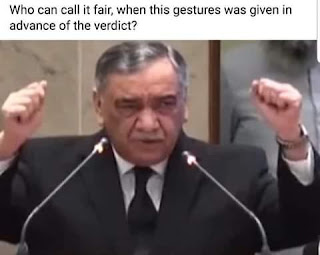 The report published in the Daily Nawa-i-Waqt on 18 December 2019, about the deployment of Brahmos anti-tank guided missiles on the Line of Control (LoC) shows that India has plans to attack Azad Kashmir as a result of a failure in controlling situation in Indian Held Kashmir (IHK) despite 5 months-long curfew Kashmiris protest are unstoppable, the amendments made in the Indian Constitution against Muslims and the uncontrollable protests in the long and short of India. Although, India has been expressing her plans against Azad Kashmir. In the elections of 2019, BJP used conquering Pakistani Azad Kashmir as the slogan for its election campaign. Now there are reports that the Indian army has started cutting the barbed wire fence constructed over the LoC. These developments demand that not only Pakistan govt. should stand with Pakistan army but opposition and Pakistan judiciary and other institutions should also stand by the shoulders of Pakistan army. The irony of fate is that the sentence awarded to the Gen Musharraf negates national solidarity. 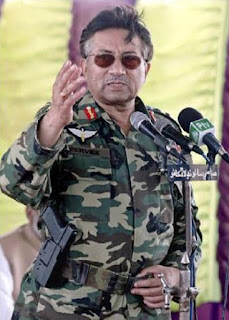 Although, those celebrating the death sentence of Gen Musharaf are showing that they do not oppose the army as an institution but against a single person. Despite this in their analysis and interviews the enmity and hatred against the Pakistan army can be smelled easily. All of us are aware that what was the situation in the Karachi, the life and the business of people was in the clutches of extortionists, most of them wanted to leave Karachi and shift their investment abroad, the tribal areas were converted into the safe havens of the terrorists and launching pads for terrorism within the whole country, Pakistan army soldiers were being attacked over the Afghan border, their heads were being cut and used as footballs, important military centers were being targeted through suicide bomb blasts. Despite the grave, the situation, our intellectuals, and anchors were terming terrorists as B-team of Pakistan army in their love and friendship for India at all costs. Most of the political parties remained unconcerned terming this as the war of the Pakistan army. All the stakeholders were well aware that India, America and Israel are active behind these terrorists in order to target Pakistan as a failed state, terrorist state and economically bankrupt. 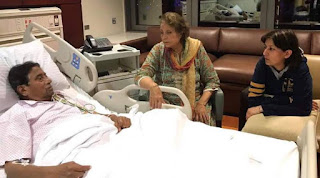 In such a situation Pakistan army kept its senses and faced the faceless enemy bravely. Pakistan army crushed the terrorists within their hideouts at the cost of the soldiers’ lives. This was such a difficult warfare in which the enemy was present disguised within own citizens. The enemy has never imagined that the Pakistan army will be able to crush the terrorists equipped with the latest lethal weapons hiding in the unconquerable narrow mountain passes of tribal areas while terrorists had full supply via Afghanistan. After this devastating defeat enemy decided to attack the Pakistan army through Hybrid Warfare in which the morale of the army is the main target. Army Chief Qamar Javed Bajwa has mentioned this many times. The recent developments one after the other support the concerns of Gen Bajwa. Especially the sentence of Gen (R) Musharraf, the tone of the decision, the wording used in the detailed decision is equivalent to the attack over the morale of the soldiers. Under the cover of the judicial decision against Gen (R) Musharraf our so-called intellectuals having enmity against Pakistan army are busy in giving such analysis in the name of civil supremacy showing enmity against Pakistan army. 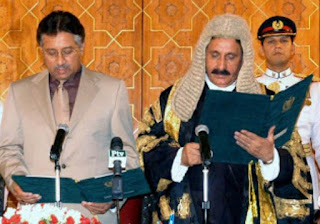 All the pronounced and famous lawyers of Pakistan have pointed out that if Ishaq Dar, Hassan Nawaz, Hussein Nawaz, Hussein Haqqani, and other accused persons’ cases can be stopped due to their nonavailability than why Parvaiz Musharaf’s decision was given in haste in his absence without hearing him. On the order of the ex-Cheif Executive Chaudhary Iftikhar, in the way, the case was set up against Musharraf during the reign of Nawaz Sharif, in 2010 the law was passed to ensure that Musharraf gets death sentence at all costs for imposing emergency in 2007. Musharraf is under treatment abroad. In contrast to this case, Mian Nawaz Shareef, Asif Ali Zardari, and many others to mention who have pending cases against them are given the facility to get treated abroad. Despite being aware of the bad health of Musharraf he has not been given any relief; the verdict of the court to mutilate his corpse after death and keeping his dead body hung in D-Chowk Islamabad for 3 days; such biased and inhuman court verdicts have no place in the modern era. No matter someone may dislike Musharraf but this is the reality that in the way he fulfilled his duties as a Chief of Pakistan army after the American invasion in 2001 and laid the the foundation of NATO and Americans defeat in Afghanistan; this is his achievement which has made him a hero for the majority silent public and Pakistan army. In the haste to please the foreign powers, the justice has been murdered while writing the sentence of such a heroic Chief of Army… 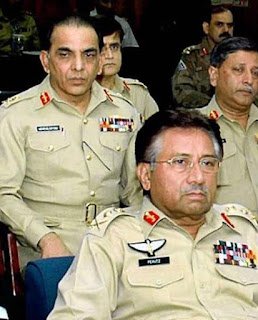