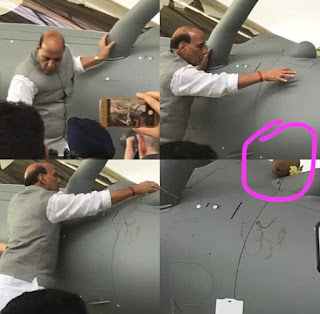 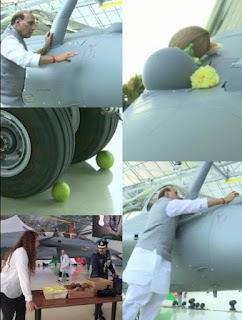 Indian Defense Minister Rajnath Singh visited France on 07 October 2019, a French-made warplane Rafael of Dassault Aviation was formally handed over to Indian Air Force, French Defense Minister Florence Parley also participated in the event. After receiving the warplane in the way Indian Defense Minister did the SHASTRA PUJA, this was much interesting for the French and Western Media. Raj Nath, first of all, wrote OOM with the Sindur on the warplane, then he put flowers yellow marigold and sweets (LADDU) on the front screen of the warplane, coconut was also put up there, a thread washed up in the water of Ganga (Raksha Bandhan) was also tied to the warplane. The urine of the cow was also applied to the warplane. Lemons were placed under the wheels of the warplane so that when warplane goes ahead for take-off towards India, lemons are crushed under its tires. When the news of the handing over of Rafael to IAF was telecasted, the Shastra Puja of Hindu Extremist Defense Minister Raj Nath Singh was an integral part of the news report. Afterward, the allegations of Rahul Gandhi (Indian opposition leader) of kickbacks of 30,000 Crore Indian Rupees given to the Anil Ambani also followed the news report. Rafaels have not reached India, extremist Hindus started worshipping it by making its idols and placing it beside Bhagwan. According to Hindu teachings (Hindumat) anything that may harm them or benefit them, they start worshipping it no matter whether it is alive or lifeless. However, this is the first time in history that a warplane is being worshipped. The reason behind this is the claims of Indian Air Forces strikes over an uninhabited area in Balakot and a historical response by Pakistan Air Force on the very next day 27 February 2019, Indians followed PAF warplanes and were shot down. During his speech on July 2019, first time Modi acknowledged the supremacy of PAF over IAF, saying that IAF needs Rafael warplanes badly; if IAF had Rafael warplanes on 27 February than the situation would have been different. 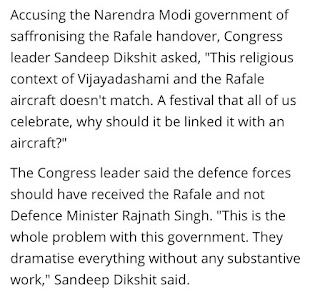 On 27 February 2019, the bombardment of IAF 4 kilometers inside Pakistan at the area of Balakot in an uninhabited area, was the open attack over the integrity of a sovereign state. This violation of the international border was done by IAF to win the support of the public for BJP and Modi in the elections. The aerial attack was aimed at bombarding any Mosque to give a message to the world that IAF has killed hundreds of terrorists in a training camp across Line of Control (LOC) who were preparing to attack Indian Held Kashmir. Another goal was to pose it as a revenge of attack over Indian Army Convoy at Pulwama inside IHK. The irony of the Fate, that when Indian government Pakistan for the Pulwama attack, the claims of the government was rejected by the Indian opposition, media and defense analysts. Moreover, on 26 February 2019, when Indian pilots violated Paksitani aerospace they were afraid that they might be hit PAF, they dropped their payload over an uninhabited area in spite of a Mosque. Crossing all the limits of shamelessness Indian government claimed that IAF has destroyed two militant camps inside Balakot. To support their lies they telecasted the pictures of a Mosque and a Madrissa located in the nearby area taken from the air were given to the international media; it was difficult for the world either accept or reject the Indian claims. 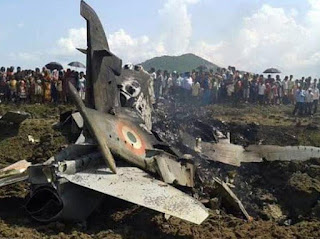 Local people reached the area, where IAF has dropped the bombs and made video clips with their mobile phones showing two big craters and destroying two trees; footage also showed the remains of the bombs. This footage got viral on social media. ISPR took local and international journalists to the place where IAF dropped bombs, later they visited the mosque and the adjacent Madrissa where IAF claimed to drop bombs in its fabricated surgical strike. The world has realized that India is telling lies, International Air Force Experts has started questioning the professional capability of Indian Pilots. The second question was raised by the Indian Opposition that why did IAF become part of the politics of BJP and Modi. However, DG ISPR in his briefing to the International media gave a clear message to India, that Pakistan will retaliate, for this the place and time will be selected by Pakistan and this will be a surprise for India. On 27 February 2019, entered into the aerospace of IHK, successfully targeted the 6 designated targets and made Indian commanders realize the real meanings of the Indian Defense Minister’s threat “Ghus kr Mareinge”. As a result of this airstrike, two Indian warplanes Mig-21 and SU-30MKI followed Pakistani warplanes and were shot down when they entered into Pakistani aerospace. Indian pilot Abhi Nandan was arrested as his plane Mig-21 fell inside the Pakistani area while SU-30 fell inside the IHK area. In the meanwhile, destruction of another Indian Army’s Aviation helicopter MI-17 in the friendly fire started a new discussion. First of all, India denied that its two warplanes were shot down, however, when the video of burning the IAF warplane got viral, IAF claimed it as Pakistani F-16. The second achievement of the IAF was the shooting down its own MI-17 helicopter in which 6 pilots of IAF were being shifted to Srinagar from Pathankot. Including 6 pilots, one person whose identity was not disclosed, there was a total of 11 people including two crew members. Indian Defense Minister was not ready to accept that his helicopter became the target of friendly fire. Kashmiris not only posted the video of burning helicopter but forced two trucks of Indian Army to return back and all these clips got viral on social media. 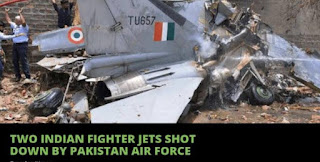 The Indian government blamed the poor performance of MIG-21 and SU-30 for the defeat of IAF in the hands of PAF. Articles were sponsored in international magazines so that the world considers that this was not the non-professional and untrained pilots of IAF but the poor performance of useless and scrap Russian made warplanes. It was even written that these are not the warplanes but flying coffins of Indian pilots. A retired Air Marshal of IAF Denzil Keelor in his interview acknowledged that IAF failed against Pakistan due to high professionalism and great strategy of PAF. Later on, he denied his interview. Other retired officers of IAF said that the leadership of IAF has destroyed its credibility for the dirty politics of Modi and BJP. 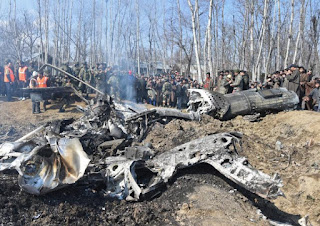 In the way Rajnath has received the Rafael with the religious worship, a strong reaction in Russian Media has been observed. Russian Sukhoi Corporation has said that SU-30MKI has supremacy over Rafael in Major Capabilities which is even acknowledged by Europe. But extremist Modi, Rajnath and other Hindu extremists only want to show their jugglery and befool illiterate extremist Hindus of RSS. For this, they do not give a shit while claiming SU-30 of Russia as scrap and useless. Despite all this IAF cannot hide its Technical, Tactical and Operational weaknesses behind Rafael…

Email ThisBlogThis!Share to TwitterShare to FacebookShare to Pinterest
Labels: IAF, Mig-21 shot down by Pakistan, PAF