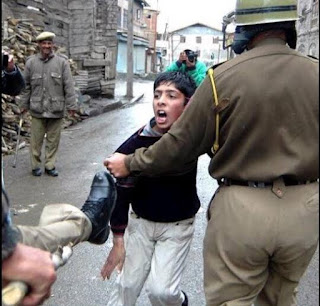 Kashmiri youngsters have started protested against Indian forces violating the curfew imposed by the Indian army. The number of targets of pellet guns and live bullets during skirmishes are rising day by day. Injured are not allowed to be shifted to hospitals due to curfew, they are being treated in the corners of the streets by Kashmiris for taking out pellets. The first aid given by untrained youngsters to injured has got viral on social media. In a similar video a Kashmiri youngster unveiled that hospitals are under the siege and control of Indian army and the injured and those shifting the injured to hospitals are arrested and go missing forever. Many injured Kashmiris have lost their lives due to arrests rather than first aid. The heirs of the martyred Kashmiris are unaware of their fate. Indian forces are not ready to inform the heirs of martyred Kashmiris. Few Kashmiri families have succeeded in fleeing to Indian Held Punjab with the help of Sikh friends. In such a video message a Kashmiri wearing veil has told that many Kashmiris try to enter Indian Held Punjab via Jammu but most of them are arrested. On the protest, they are told that govt. has ordered to stop Kashmiris from fleeing out of IHK. The Kashmiri who succeeded in getting out of the IHK told that people inside IHK have a shortage of eatables, milk, and feed for children and medicines. It seems that the Modi establishment and Indian State Terrorist army has planned to kill Kashmiris through hunger and thirst. If the international powers did nothing to save Kashmiris from Indian State Terrorism than a large number of people would die. He begged to the Red Cross, World Food Organization and other so-called Human Rights Organizations to arrange supply of eatables and medicines to Kashmiris in IHK. He further disclosed that in most of the areas electricity, gas and Petroleum supply have been suspended. Children, elderly and Kashmiri people are forced to eat uncooked vegetables and grass. Women are being kidnapped during home searches. In order to safeguard themselves from Indian Rapists, Kashmiri women gather in a single house of the locality, as soon as Indian soldiers try to enter that house, they start beating up utensils so that males can safeguard them, however, most of the males are being shot at point-blank while trying to save women  from Indian state Terrorists. 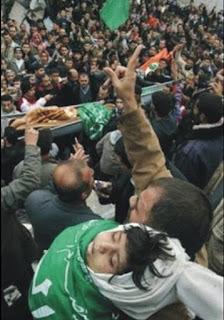 The reports f International media like CNN, BBC, Al-Jazeera, and other channels reinforce that the situation in IHK is very bad due to curfew imposed by Hindu soldiers. Indian govt. is trying through propaganda that schools are open in the IHK; this statement is funny as well as a serious slap on the face of international powers. In the way India is trying to deceive the world, one can only curse those who are being deceived. The protest against Indian State Terrorism has been recorded in the major cities of the world. In London, thousands of people took part in the rally against the Indian State Terrorism. The officials of the Indian High Commission were so much confused that one of them made 8 minutes long video and commented in his video that thousands of people have been paid by ISI to protest against Indian State Terrorism holding flags of Kashmir. He himself said that protestors taking part in the rally are more than 15000. He was angry that why the British govt. allowed ISI agents to stage protests in London. He was also criticizing London Police protecting the rally. The rallies held in France, Germany, and Italy had a similar number of protestors and well organized.
Sikhs are participating in these protests against India with the demands for the separation of Khalistan. India is concerned over the participation of the Sikhs as they are spread all over the world. The participation of the Sikhs in these protests is the evidence that not only Kashmiris but minorities are not safe in Hindu India. This has badly shattered the image of Mother of Democracy. 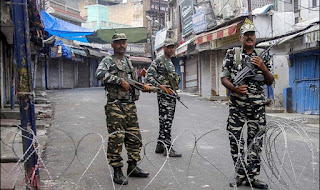 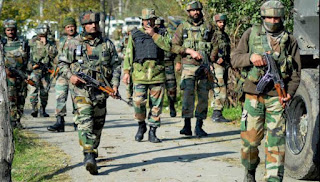 Members of American Congress have also expressed their concerns over the situation in IHK. Candidate for upcoming Presidential elections has made expressing concerns over violations of human rights in IHK a part of his political campaign. Wherever he addresses, he expresses his concerns over Human rights issues in IHK and bans imposed on Kashmiris by India. Many members of American Congress have demanded in their tweets that curfew should be lifted and Kashmiris should be allowed access to social media and other modes of communication. They are condemning tortures of Indian soldiers on Kashmiris and denying education to Kashmiris. In light of the increasing pressure on India, many think tanks and defense analysts are warning about the possibility of war on the Line of Control (LoC). According to them, it is not possible for India to continue curfew for long, as soon as the curfew would be lifted the protests of Kashmiri people would grow out of control and Indian army has only one option i.e. use the live weapon. Kashmiris already suffering in the hands of the Indian army would be further incited by the use of direct power which would result in war between India and Pakistan. Once the war is started, it will spread like a wildfire towards other countries. 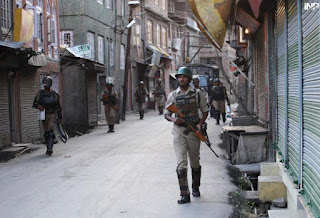 Stopping this war is the responsibility of the United Nations. Alas! United Nations is showing the lethargic attitude over the Kashmir issue. India is exploiting this opportunity to crush unarmed Kashmiris. In order to divert the attention of the world from the atrocities being committed in IHK, India has started interference into Pakistan in the name of the Sindhu Desh, Saraikistan, and Pakhtunistan. God knows who are the advisors of Bilawal Bhutto who write such speeches for him while on ground neither there is such situation in Southern Punjab, KPK or Sindh. In the way, the public of Karachi is forced to live on the heap of garbage, despite planning to remove this garbage Bilawal is talking to disintegrate Pakistan. This would not harm the integrity of Pakistan however, this will make Kashmiris hopeless, who have put everything on stake for freedom and Pakistan…