Interior Minister of India Amit Shah, presented the bill to abolish the article 35-A and 370 of Indian Constitution related to Indian Held Kashmir. Opposition parties protested over it, they made noise that no one was able to understand the speech of Amit Shah. Despite all this when Amit Shah continued his speech, opposition first tore up the copies of the draft of Indian Constitution says that Indian does not need this constitution that is being violated by Indian govt. herself. The opposition boycotted the session of Parliament. Before the presentation of the bill, Chadam Baram Leader of Indian Congress said that 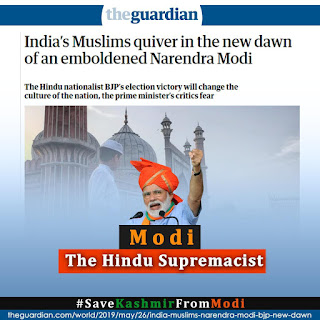 “Lok Sabha is responsible to safeguard the rights of the states included in the Federation according to the Indian Constitution while states are responsible to safeguard the rights of their citizens; Lok Sabha has failed to safeguard the rights of the states. He said that today will be remembered as Black Day of Indian History and upcoming generations will have to pay for this blunder. Lok Sabha has changed the status of states to the Indian defeated colonies. By abolishing article 370 not only Lok Sabha has fueled the Kashmir dispute but also degraded other states to the status lesser than Municipal Corporation. Under the cover of Article 370, not only protests and freedom movement in Indian Held Kashmir (IHK) has been given a new life but also threatened the other states and forced them to follow the footprints of Kashmiris. Is there a legal expert in the ruling party that can advise govt. that in the name of fulfilling the slogan raised during the electoral campaign, govt. is going to do such activities that will have disastrous results for India and no one will be able to make the loss good”. 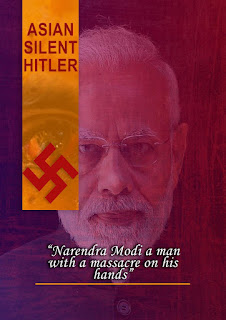 He declared this as a deception to the public of the IHK. He further said that by closing the educational institutions, canceling the exams, expelling the tourists in the name of Amarnath Yatra whole world has been given a message that India has been controlling Kashmir through power against the will of the public. The representatives of Indian friendly countries in UNO are asking that what blunder has India committed. In Islamic countries, our diplomats are unable to answer the questions raised by the public. Pakistani is taking the issue to the UNO. Indian actions in the IHK are reinforcing Pakistani stance over Kashmir. 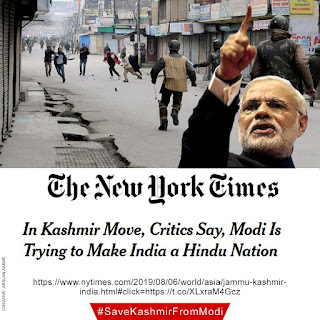 The New York Times analyzed the situation in these words that in the way the Modi and his Ministers are explaining the decision of Kashmir is unacceptable and it is not as much simple as they claim. Under the picture of deserted areas of Sri Nagar due to the Curfew imposed by the Indian Army, the newspaper published the headline “In Kashmir Move, Critics Say Modi is Trying to Make a Hindu Nation”. Other Western and American newspapers also expressed concerns over the decision of Modi establishment over IHK. Most of the Western analysts are raising objections that why did not Modi establishment wait for the decision of Indian Supreme Court where a case is under trial filed by the “We the People” NGO over abolishing of Article 35-A and 370. 6 other applications were lodged as well which Indian Supreme Court adjourned along with the case of the NGO. In between 2014-18, 20 hearings have been conducted by the Indian Supreme Court. The decision was expected in December 2018. But Indian Supreme Court adjourned the case 6 times from December 2018 to July 2019. The reason was the protests over the abolition of the said articles which might grow out of control for Indian military in IHK while on the other hand if the decision came in the favor of the Kashmiris than  there will countrywide violent protests of Hindu extremists due to which three judges panel of Indian Supreme Court avoided the give the verdict. 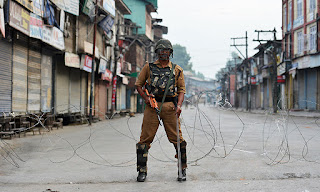 Curfew has been imposed in IHK since 05 August 2019. Despite the curfew, protests have broken out in Pulwama, Barahmolla, and Sri Nagar. As a result of direct fire over the protestors on 7th August 2019, 8 Kashmiris were killed while more than 100 were injured. In order to stop the coverage of the atrocities committed by the state terrorists of India, Indian army blocked all type of communications. The video of burning 5 inhabitants alive in their home was leaked out to the outer world on 08 August 2019. The sobbing of the video maker can be heard in the said clip. UNO and European Union expressed concerns over the blocking of all type of communications and no good news from IHK and demanded that UNO’s Human Rights team should be allowed to visit the area. Similarly a member of European Parliament said that he is going to present a resolution against India in September 2019. He compared the abolishing of separate status of IHK to the British military action over Scotland after abolishing the Scottish parliament. 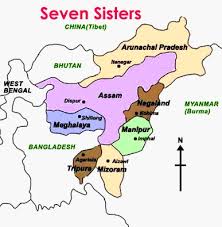 A similar fear and concerns have been felt in other states of India as well. They are concerned that following the Kashmir case, New Delhi may degrade their status at any time. It is pertinent to mention that more than 9 states of India have special status under article 371 of the Indian constitution. Nagaland 371-A, ASSAM 371-B, Manipura 371-C, Andhra Pradesh 371-D, Sikkim 371-E, Mizoram 371-G, Arunachal Pradesh 371-H and Goa 371-I and inhabitants of Himachal Pradesh have special status and separate identity. These states have active armed freedom movements. In these states just like IHK, the Indian army has complete protection for the massacre of the freedom fighters and locals. Youngsters are arrested there under no charges and case and go missing forever. Whether this is the rapes or gang rapes in the Indian army camps, Indian govt. has banned Indian media from publishing such news; however, despite this, clips of these heinous crimes of Indian state terrorists are leaked out. After, the abolition of the special status of IHK, protests are going on in these states. They are protesting fearing that they will be deprived of their special status and rights as well. Many analysts in New Delhi who are termed as against Congress are claiming the way Modi abolished the article 370 and 35-A as suicide attack over the Indian Constitution. According to them under the cover of converting India into Hindu state, Hindu Extremists party RSS and Modi have created such a situation after which the destruction and disintegration of India are inevitable…