Declaration of BLA (Balochistan Liberation Army) as a Terrorist Organization by the USA is not Enough! 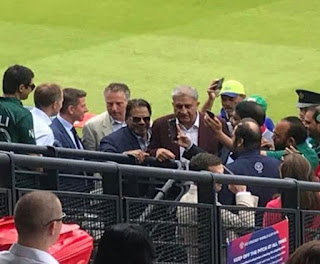 On 23 June 2019, Pakistan’s Army Chief General Qamar Javaid Bajwa visited the Cricket Stadium at Lords, to watch the cricket match between South Africa and Pakistan. Spectators were astonished by his visit. They started chanting the slogans in favor of Pakistan army and Pakistan. DG ISPS Major General Asif Ghafoor was also along with him. General Bajwa used the common entrance by standing in the queue in spite of using the special entrance which was published in all the notable newspapers of London. Pakistani spectators were in high spirits when they saw General Bajwa around them. Everyone was struggling to see him. On the request of the Stadium administration and British, he went into the VIP Enclosure. He was joined by the British Army Chief General Nicolson and Prince William in the VIP enclosure. 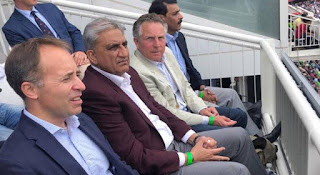 Every passer-by was forced to read these slogans. The distributors of the pamphlets were claiming themselves being the persons who had fled from Balochistan for their lives. Whether it was the distribution of the pamphlets or billboards on trucks this was not a secret activity but it was being carried in the presence of the Police. Afterward, whatever happened on 29 June 2019, this was also witnessed by the whole world that a banner tied behind a small aircraft was flying over the stadium which continued for at least 5 minutes. It appeared twice over the stadium carrying two different slogans regarding Balochistan. When it appeared again, the suspicious persons carrying Afghani flags with them attacked Pakistani spectators. Outside the stadium, Pakistani spectators were attacked as well on three different points. These attackers were not afraid of the London Police standing outside the stadium. Police did nothing to save Pakistanis. If London Police had reacted as per Police standards than no one would have dared to attack Pakistanis. It seemed that attackers were aware that Police will not arrest them. 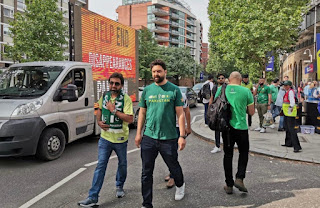 Let's assume that spectators fight with each other while watching matches but this fight is never one-sided. But here Pakistanis were just defending themselves or watching whole activity by standing apart. They had arrived in London along with family members from far-flung areas and the USA.


Flying banners against the integrity of any sovereign state cannot be termed as the freedom to speech.

A country where children are not allowed to fly a toy drone in the name of security how is it possible that an aircraft carrying anti-Pakistan slogans was flying without the knowledge of the British govt. The total time of the aircraft’s flight is about ten minutes. Was this plane only viewed by the Pakistani spectators and not by the British Internal affairs ministry and Civil aviation authorities. Why the plane was not ordered to return to the airport at once? 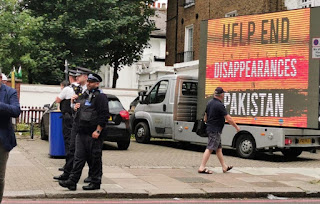 After seeing the whole activity it is evident that whether it was the distribution of the pamphlets, billboards or flying of the aircraft all was being done with the support of the British govt.

It is a well-known fact that British supported target killing, extortion, terrorism, and murders of innocent people in Karachi and Hyderabad because British Intelligence agency was behind the MQM and Altaf Hussein. Altaf Hussein who murdered hundreds of innocents in the name of linguistic disputes is still in the protection of Britain and still involved in the anti-Pakistan speeches under the umbrella of English authorities. London is supporting the activities of PTM. BLA members operate and plan their terrorist activities from  London, they give anti-Pakistan statements. The names of the organizations for the separation of Balochistan are different but their supporters and leaders are the same. Brahamdagh Bugti and Harabyar Bugti have applied for British nationality while living in Switzerland. Khan of Qalat Salman Dawood is living in British on the basis of asylum just like Altaf Hussein. 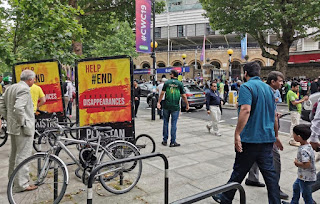 These terrorists are involved in terrorism in Karachi, Balochistan and other cities by bomb blasts and sabotage of trains. These enemies of Pakistan operate and kill thousands of Pakistanis from London it is acceptable but if we declare them as terrorists and demand them back so that they can be brought before courts, these terrorists are given asylum by British authorities.


It is evident that British authorities are supporting these terrorist activities in Pakistan. 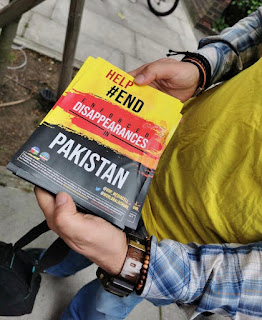 On 02 July 2019, America declared Balochistan Liberation Army (BLA) as a terrorist organization and froze its accounts.

This is a good gesture but still, no statement about the future of Barahamdagh, Harabyar Bugti and Prince Salman Dawood has been given. BLA is involved in terrorism since 1970. It was established by the Soviet Secret Agency KGB; training, weapons, and finances all were provided by the KGB. India was also involved in the establishment of BLA along with the Soviet Union. After the disintegration of the Soviet Union, BLA was handed over to USA and UK while India remained on its back as well. After the American declaration of BLA as a terrorist organization, the European Union has also declared it a terrorist organization. This is not enough. The terrorists of BLA should be handed over to Pakistan. Even after the declaration of BLA as a terrorist, leaders of BLA are still at large.


Let's see when London will take legal actions against those who exploited London for propaganda against Pakistan.