The Only Political Leader Involved in the Counterfeit Currency! 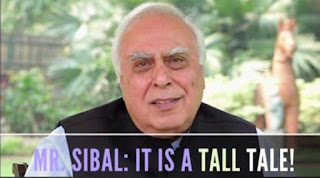 Kapil Sibal is a very famous name in Indian politics. After completing LLB from Delhi University, he got the Masters degree from the Department of History and started his professional life as a lawyer in New Delhi in 1970. Afterwards, he went to London for higher education and completed his LLM from Harvard University in 1977. From 1995 to 2001 he was three times elected as the Indian Supreme Court Bar. Having political inclination towards Indian National Congress he remained close to the govt.  and despite working as Minister for 5 ministries he remained unbiased and undisputed. Two times he was elected as Member of Indian Parliament from 2004-14 in New Delhi. His father H.L. Sibal was also a renowned lawyer in British India. He started his practice in 1937 from Lahore and at the time of the division of India he migrated to Eastern Punjab from Lahore. In 1994 he was awarded the Living Legend of Law Award by International Bar Association which is a great achievement for the lawyers. 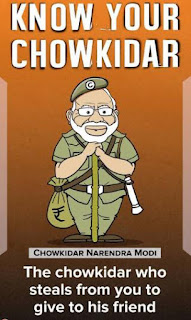 One may be thinking that why we are discussing Kapil Sibal? In fact, he has leveled grave allegations against Indian Prime Minister Modi, BJP’s President Amit and Indian Intelligence Agency RAW. It should be kept in mind that as a lawyer he has no history of leveling fake allegations against anyone. In his political career as well he has never alleged his political competitors. Perhaps this is the reason that Indian Congress choose Kapil Sibal to disclose the evidence against Modi and Amit Shah. While Kapil Sibal disclosed the frauds done by Modi and Amit Shah in his press conference and questions were raised against BJP leadership. BJP’s Minister Rawi Shankar Prasad while reacting against the conference termed it as an attempt of opposition parties to defame BJP and declared to take legal steps against it, however, nothing was said about the Kapil Sibal. It was said that Congress is afraid of BJP’s acceptance among the public that is why Congress is doing such propaganda. Despite the reaction of BJP, the allegations leveled against Modi and BJP’s President are so much grave that it is necessary to be investigated on the international level. 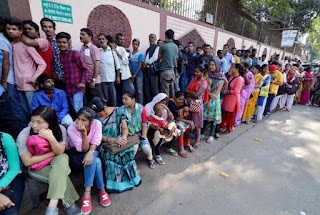 Indian opposition party Congress on 13 January 2019, arranged a Press Conference, journalists were already told that one of the biggest scandals of Indian history whose impact would be felt for years. In the press conference, there were many politicians of Congress party, while Microphone was installed only in front of Kapil Sibal. Kapil Sibal claimed that Modi is involved in the printing of counterfeit money about 100 billion. The denominations of 500 and 1000 notes were printed in some other country. These notes were transferred into the cargo aircraft of the Indian Air Force to the Maharashtra state when Modi banned the 500 and 1000 notes and Indian public was given the deadline of a few weeks. In the beginning, the exchange rate was 15% which was afterward increased to 40%. Sibal claimed that in order to legalize such a big amount of counterfeit currency RAW supported Modi and BJP leadership. BJP’s President Amit Shah, his son Jay Shah and Deputy Chief Minister of Gujarat Netan Patel supervised the whole process. Sibal also showed two video clips which were recorded by some undercover reporter disguised as the dealer of counterfeit currency. In one clip BJP’s leader Amit Shah can be easily identified in which he is dealing for the 40% exchange rate. In the clip, he mentions the process of bringing the counterfeit currency to Maharashtra through cargo planes of Indian Air Force with the support of Indian RAW. The second video clip was recorded in a govt. godown of Maharashtra where counterfeit currency brought from the foreign countries was stored. In this clip, few people can be seen counting the notes who seem to be the officers of private banks through the audio. 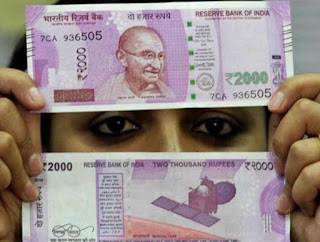 Sibal demanded that the people identified from the video should be arrested and investigated through which a big money trail can be identified. He termed Modi as a corrupt person and a psycho who wants to put BJP in power forever by snatching the right of living from the minorities. Modi started his political career by fueling hatred against non-Hindus and his political career is established over the bodies of Muslims. Not only this, Modi corrupted important security agencies of India for his political success. Otherwise, how is it possible that Indian Air Force planes are used to transfer the counterfeit money and then this money is exchanged with the new currency under the supervision of Indian Air Force and RAW?
As per routine Pakistanis denied giving comments over the Sibal’s Press Conference terming it as an internal problem of India. Our Print and Electronic media limited the coverage of Sibal’s conference to the news reports only. Neither any talk-show discussed it nor did any newspaper analyze it. Terrorism, in Balochistan, is not possible without the use of investment. The Indian state terrorist Kulbhushan in the prison of Pakistan has confessed that his duty was to finance the terrorism, target killing, and lawlessness in Pakistan, especially in Balochistan and Karachi. Whether it is BLA (Balochistan Liberation Army), TTP or other terrorist organizations, none of them have their weapon manufacturing units; they are provided weapons and financial funding by RAW. 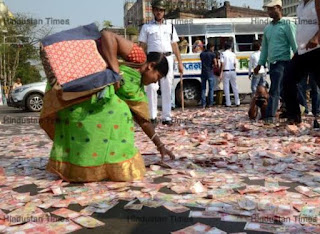 Despite, the arrest of Kulbhushan and on his information other terrorists were arrested but still, the Chinese Embassy in Pakistan is attacked and terrorism in Balochistan continues this means that RAW has many other assets besides Kulbhushan. Modi’s threats to Pakistan especially threat to separate Balochistan from Pakistan are on the record; similarly, Indian Generals also threaten Pakistan. In such a situation suicide attack Quetta’s Vegetable Market, Martyrdom of Security forces personnel on the Coastal Highway all show the involvement of India in terrorism in Pakistan. Pakistan should take this issue at once to the UNO…