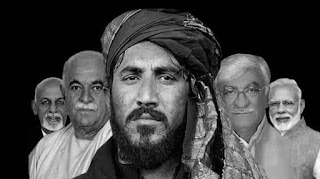 ON 01 May 2019, Afghan terrorists numbering 60-70 attacked the team working on the erection of fence on the Afghan border in North Waziristan. As a result of the attack Lance Nike Ali, Lance Nike Nazeer, Sepoy Imdad embraced martyrdom while 7 others were injured. Pakistan army reacted and many terrorists were killed while the attack was thwarted. It was not possible for the Pakistan army to cross the border to chase the terrorists and kill them all. That was the duty of the Afghanistan army and especially the Americans who are in control there. If American considers themselves powerless in front of the Afghan Army then they should allow the Paksitan army to chase terrorists in Afghanistan and kill the murderers of our soldiers. This demand is not unjustified. America should remember that whenever any terrorist activity happened in Afghanistan, America and her puppet govt. repeated the demand to DO MORE to destroy the alleged safe havens of terrorists in Pakistani tribal areas. Kabul issued the statement that if Pakistan does not take action against the terrorists hiding in tribal areas than the American and Afghan army has the right to enter into Pakistani areas and kill terrorists. Supported by these statements, Indian rulers also started threatening Pakistan for surgical strikes. While daydreaming, India has also received a befitting reply on 26th February 2019. 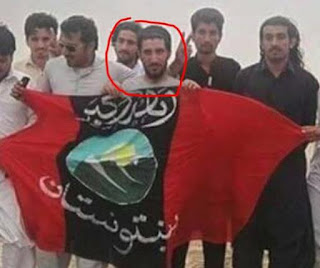 Pakistan has alleged that Afghan terrorists were involved in these attacks over the Afghan border of North Waziristan. However, the bitter reality is that these attacks were not possible without the willingness of Afghan President Ashraf Ghani. If the number of terrorists had been limited to a few terrorists, Afghan govt. may have claimed it to be a reaction TTP against the removal of terrorists from Pakistan who fled to Afghanistan to their masters after Operation Zarb-e-Azab. But the movement of 60-70 persons armed with latest weapons riding more than ten jeeps, parking jeeps at a safe distance and then attacking Paksitani soldiers busy in the erection of fence hiding behind the mountains is not possible without the planning and information regarding the number of Pakistani soldiers present there. Pakistani soldiers erecting fence in the open land without any hideout deserve the appreciation for fulfilling their national duty. They are working on the narrow passes, mountains covered with snow with great hardships so that the Pakistani public could  be protected from the terrorists invading through Afghanistan. Astonishingly, neither any leader from the opposition party or their higher leadership has condemned this attack to encourage those soldiers or they were unaware of the martyrdoms of soldiers in their political fights. 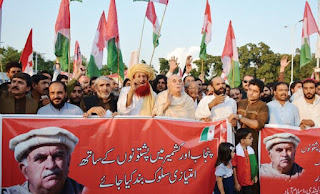 This is not the first attack from Afghanistan, this has been going on since American invasion and arrival of India in Afghanistan. Sometimes, terrorists attack Pakistan army’s checkposts and sometimes target the locals with rockets. However, the biggest attack from the Afghan army was done on 13 June 2016, while they attacked the Pakistani soldiers busy in construction of the Gate over the Turkham border to check the entry-exit into Pakistan through the border management system. The plan of construction was shared with the Afghan, American and NATO officials in advance while the gate was being constructed 37 meters inside the Paksitani area. In this unprovoked firing, 10 Frontier Constabulary personnel including Major and Lieutenant were injured. 7 civilians were injured as well. Major Ali Javed CHangezi afterward succumbed to the injuries. Afghan President Ashraf Ghani and Chief Executive Abdullah Abdullah supported the firing of Afghan soldiers saying that they have been deployed for the protection of Afghan public and Afghanistan while the construction of Gate over the Turkham border has raised suspicions and concerns among Afghan public. Major Ali Javed Changezi was buried in Quetta with full military protocol. His brother and many other family members are serving in the Pakistan army. His father Brig. Khadim Changezi worked day and night for the rehabilitation of Afghan refugees who left Afghanistan after the defeat of Soviet Union due to civil war. Afghan army controlled by India martyred son of that great person who served the Afghan refugees. 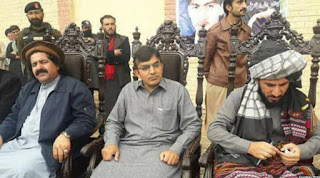 Major Ali Changezi belonged to Hazar family. Hazara family is the worst target of terrorism from the Indian consulates across the border. During one of such terrorist attacks, while Hazara people were protesting against the killings, PTM people raised the slogan “Yeh jo Dehshat Grdi Hi, is ke peeche wardi” (Uniform is behind the terrorism), trying to wage a double attack against Pakistan army. On the one hand they tried to defame Pakistan army while on the other hand, they forgot that from General Musa to Major Ali CHangezi thousands of Hazara persons served in Pakistan army for protection of Pakistan and are still serving. But PTM persons does are not concerned about it. Their only goal is to spread chaos and defame Pakistan army. PTM leadership raising slogans against Pakistan army is still silent over the Afghan attack. 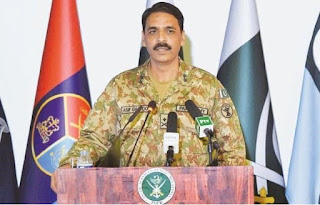 Many analysts have written that 01 May 2019, the terrorist attack  was the reaction of Major General Asif Ghafoor’s Press Conference on 29 April 2019. In this press conference, he has raised questions about the PTM and presented evidence that PTM leaders are getting funds from Indian Intelligence agencies and NDS. He raised questions about PTM’s statement that when TTP terrorists were killing tribal elders, playing football with the heads of Pashtoon notables, why Manzoor Pashteen, Mohsin Dawar and Ali Wazir were silent. The PTM slogan “Uniform is behind the terrorism” is the new version of conspiracies that were hatched in 1968 in Eastern Pakistan like Punjab, Punjabi army and Punjabi politicians. This conspiracy was started one year ago from in Peshawar but it has been now exported to District Dadu of Sindh. In Dadu, not only slogans against Pakistan army were raised, but also slogans in favor of Sindhu Desh were chanted as well on 21 April 2019. A dozen people tried to confront with Rangers personnel, raising anti-Pakistan slogans. All this does not happen without any reason, a few weeks ago the shame faced by India on the international level is behind all this. That is why Major Gen. Asif Ghafoor had to say that India may test us if she can afford but she should also keep in mind the number of Indian fighter jets that were downed…