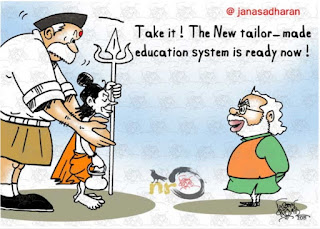 Being a Kashmiri was not a lesser crime that his name also included “Wani” as well, how is it possible that he is saved from the hatred of Indian army, Police and Hindu Extremists. Student of Nishtar Medical University when entered into India through Wahga Border he was insulted and tortured by Indian Immigration, Custom officials and notorious Border Security Forces (BSF). Nauman Wani has not taken admission into Pakistani university through fraud, he is not the only student studying in the Nishtar Medical University Multan. There are 4 to 5 Kashmiri students studying at Nishtar Medical University including female students. When Nauman Wani reached Attari he was separated from other passengers, taken into custody, his cell phone was taken from him, he was claimed as an agent of Pakistan, he was enquired about the contact numbers present in his cell phone. He was forced to chant slogans against Pakistan. Nauman Wani who was in the custody of armed Indian security forces and was worried about his safety followed the instructions of Indian Security personnel, while he was chanting slogans against Pakistan and in favor of India, his video was recorded and uploaded to his personal Facebook account. He was threatened that if he deleted the said clip from his profile, his family members will have to bear the brunt.
In the light of the pact signed between SAARC countries, all the member countries are bound to specify seats for admissions of the students of the member countries. Students are exchanged between the member countries. Besides SAARC countries Nishtar Medical University gives admissions to many foreign students as well. Under this pact, the students from Indian Held Kashmir also come to study in Pakistan. The list of these students is prepared and issued by the Indian Foreign Ministry. Pakistan govt. adjusts these students according to the availability of the seats. However, India is the only country of the region which neither acknowledges the international rules nor her own signed pacts. Hindu extremist govt. has fueled hatred against Kashmiris since it has come into power. This is being faced by many Kashmiri students studying in the different cities of India. They are attacked by Hindu extremists, they are beaten in their hostels and if they resist Police arrests them under fake charges and cases. After arrest by the Police, they are subjected to the third-degree torture of Hindu Police. They are being forced to quit studies and return to Indian Held Kashmir (IHK). The highly educated Kashmiris teaching in the Indian Universities are not safe from Hindu extremism. They are always termed as enemies of India and agents of Pakistan.
In the atrocities against the Kashmiris, Extremist Hindu Rulers and armed forces have crossed all the boundaries. During the elections, more than 13 Kashmiris were martyred. The number of Kashmiris subject inhuman torture on the roads by Indian army is more than 130. More than 200 were arrested while those who were kidnapped by the Hindu army and later on termed as missing are uncountable. More than 20 houses were blown up by the dynamite. All these atrocities were committed in the name of reaction to the boycott of the Kashmiris to the Indian drama of elections. These are not the first elections which have been openly boycotted by Kashmiris and there was no one seen on the polling stations. Hindu Extremist Modi and his cabinet wanted to show to the world that a few handfuls of people wanting freedom from India on the agenda of Pakistan while the majority of Kashmiris want to live peacefully with India. The drama of Pulwama attack was also to provide grounds for torture and killings of Kashmiri youngsters in order to threaten them. The killing of more than own 50 soldiers is not a normal conspiracy; Extremist Hindu leaders and Indian Military leadership that killing of Indian soldiers will turn the international community against Pakistan to support India and will pressurize Pakistan. In such a situation when Indian was mourning over the deaths of its soldiers, it will not be possible for China to support Pakistan as well.
The irony of the fate of the Hindu Extremists in power that the director of Pulwama attacks drama left many loopholes which forced even Indian media to question its genuineness. In the light of the objections raised by the Indian media, Indian opposition also rejected the Indian drama and raised many questions over the staged suicide bomb attack over the military convoy. The reactions of the BJP, Modi and his Cabinet all proved the attack was nothing more than a drama to win support. Whoever, raised questions, Indian Ministers answered them that they should go to Pakistan. When Modi establishment could not find a way out, they planned the surgical strike over the Azad Kashmir through Indian Air Force. However, this created another problem for the Indians, on the one hand, it became difficult to prove the attacks over a compound in Balakot while on the other hand 2 Indian fighter jets were shot down and one Indian fighter pilot was arrested alive. In the fog of the war, Indians shot down one of their own helicopter and fighter jet. Pulwama attack went in the background and the Balakot surgical strike raised a new wave of questions for which India has to tell more lies. At least Indian Foreign Minister Sushma Swaraj has to accept that Indian establishment was telling lies over the Balakot Surgical strikes. 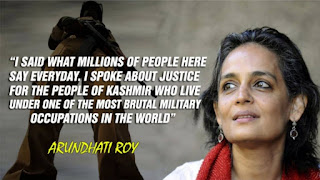 As now Hindu extremists and their coward army has seen that they cannot do anything against Pakistan on the battlefront they started expressing their anger and hatred against unarmed Kashmiris especially Kashmiri students and businessmen who travel India for their studies and business. Hundreds of them were tortured to death under the supervision of state machinery while the remaining had to leave their businesses and return to IHK to save their lives.
Nauman Wani became the target of similar hatred on the Attari Railway Station which has been fueled in the Hindus by Hindu extremists like Modi. The story of Nauman Wani was reported as a Sikh journalist was also present there. Other Kashmiri students returning to India has to go through similar torture and insult. This is the hatred that BJP and Hindu extremists have been fueling in the hearts of Hindus which is not going to be neutralized easily…