Elections in India are Possible without Hatred Against Pakistan! 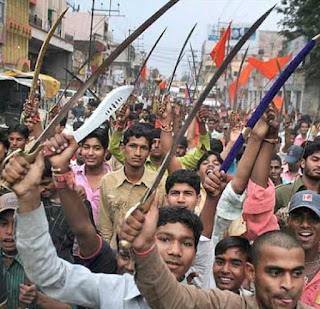 The elections have started in India. Opposition party Congress along with other parties in the coalition is taking part in the elections with the motto of decreasing army in Indian Held Kashmir (IHK) and starting negotiations with Pakistan. While BJP and its allies believing in the "Hindu Pra" have raised the slogans of based on the hatred against Islam and Pakistan and Modi has already announced to change the current position of IHK in Indian Constitution and merge it into India. There is news that on the advice of Netanyahu, Israeli Prime Minister, Modi has plans to push Majority of IHK Kashmiris into Azad Kashmir and shift Hindu extremists to IHK. In this plan, he has the support of Indian army as well. According to the reports from India, the cases registered against the leadership of Kashmiri Freedom Movement are an initiation of the Modi's plan. Keeping this in mind, on 10 April 2019, Farooq Abdullah, President of National Conference said that if India tried to merge IHK with India, this would violate the deal of Maharaja Hari Singh. He said that Kashmiris are not slaves of India and if an attempt is made to enslave Kashmiris than the consequences would be unpleasant. Mehboba Mufti has already made this clear to Indian govt. that any attempt to change the status of IHK will have strong resistance. 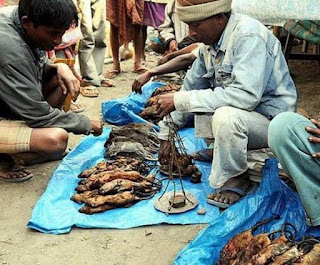 Hindu extremists just want one thing i.e. to declare India as an extremist Hindu state where there are no human rights for non-Hindus no matte they have to kill all the non-Hindus and Kashmiris. RSS, Bajrang Dal, and other extremist Hindu organizations have worked hard for this. This is the result of their hard work since 1947, that majority of Hindus considers it their religious obligation to caste votes to BJP and its allies. They are satisfied to live below the poverty line, they are aware that even if they get educated their status as a Dalit or lower caste Hindus will not change. According to the reports of Indian govt. 11% of Indian population is living on the footpaths, scums, tents established on the heaps of waste, unusable pipes of Sewerage and under the railways' bridges. They get married here, give births to children and children get adulthood. If anyone is lucky, he works hard and establishes a hut made of iron sheets which is a big achievement for them. They only want one thing from govt. i.e. they are not forced to leave their places to sleep at night. The chunk of the population that experience poverty or unemployed-ness are the problems of Hindus of the upper class than Dalits or untouchables. These people are the real power fo RSS and other extremist Hindu organizations. Where BJP is in power, its major part of income comes from extortion, loot, and illegal business. They may be compared with the party of Altaf Hussein in Karachi. 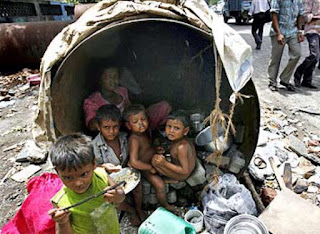 Hindu Muslim riots that are actually anti-Muslim riots are a lottery for these Hindu terrorists living below the poverty line for which govt. and state machinery gives them free hand to satisfy their Bhagwans and loot Muslims property while attacking the Muslim community. Not only Indian police protects these Hindu terrorists, but Indian courts also support them.
If we look at the scenario before elections in India, as soon as the current year started, Indian army raised the violations in IHK. The violations of ceasefire at LoC (Line of Control) and unprovoked firing increased as well. Suddenly the drama of Pulwama attack on Indian army on 14 February 2019 gave a new turn to the situation. Following the past, Indian govt. blamed Pakistan for the alleged suicide attack, however, the first time in the Indian history such like suicide attack has happened on which Indian media, army, opposition, and intellectuals all have blamed Pakistan for the terrorist attack. However, after the Pulwama attack Indian Media and govt. kept busy in their propaganda against Pakistan while Indian opposition, retired Indian Army Officers and intellectuals of India rejected the stance of Indian govt. raising technical questions which have not been answered by Indian rulers and Generals yet. It was alleged that in order to secure votes in the elections, Modi establishment decided to give the sacrifice of soldiers in spite of fueling anti-Muslim riots in India. 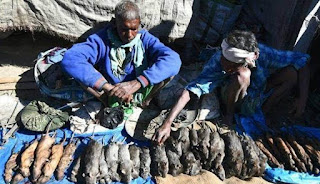 The alleged suicide bomber Adil Dar was reported to have been arrested by Indian army on 09 September 2017. This cannot be a mere coincidence that Indian national newspapers have the news of the arrest of the alleged suicide bomber and Indian govt. does not have answers to the questions raised by Indian journalists. Despite all this the permanent members of UNO Britain, France, and Germany on the basis of Indian propaganda submitted the resolution for declaration of Masood Azhar as an International terrorist. 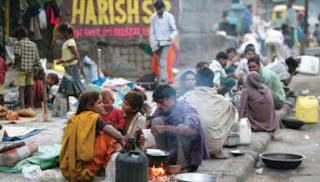 The Pulwama suicide attack was used for two purposes by India and her international friends i.e. on the one hand to win the elections whose first episode was the drama of dropping bombs in the uninhabited areas of Azad Kashmir claiming it to be a big historical achievement by Indian Air Force. However, on the basis of Pulwama attack, The USA wanted to blackmail Pakistan through getting Massood Azhar declared as an International Terrorist. It is not possible for Britain to go against the wishes of the USA. France and Germany are those countries who are selling their weapons to India and are ready to do everything for India. They were not expecting flopped drama of Pulwama attack and objections raised from within India. After the Pulwama attack, in the way India started butchering Kashmiris terming them as terrorists, the media of the USA (supporting India) was forced to condemn attrocties committed by Indian army in IHK. Washington Post wrote that

"Indian tactics to crush Kashmiri movement has forced highly educated Kashmiris to say farewell to their bright future and raise arms against the Indian army. In 2013, only 16% of Kashmiri youngsters were taking part in the freedom movement. However, with the start of 2019, it seems that every Kashmiri youngster is ready to give up his life for the freedom". 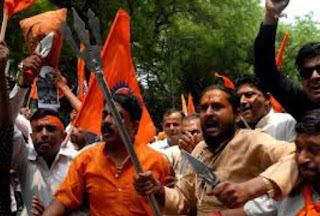 Hindu extremists have established an environment that whenever elections would start in India, it will be like a declaration of war against Pakistan and Muslims of India. Whether the result of current elections comes in favor of India or against. The tsunami of Hindu extremism is not going to subside in India. America, Britain, France, and Germany should reconsider their support towards India that just in order to sell their weapons they are supporting Hindu extremism and terrorism in IHK raising threats for not only Muslims but Christians and other minorities as well…