India and her Allies Defeat in Security Council: Thanks to China! 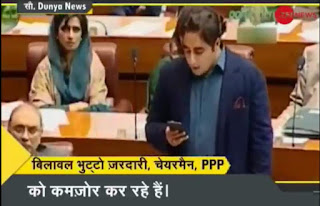 The day of 13 March 2019, got importance when few liberal intellectuals started forecasting in the talk-shows that Pakistan's trusted friend China will not support Pakistan by using veto power over the Masood Azhar for declaring him as a terrorist. They do not have any effective argument for support of their stance. Despite this, they (liberal Pakistan intellectuals) said that in the way the present after coming into power expressed concerns over CPEC has hurt the Chinese trust. Moreover, China has concerns over the inclusion of KSA in the CPEC. Few liberals tried to make public hopeless by saying that when govt. itself is involved in capturing the center of Jaish-e-Muhammad on 21 February 2019 in Punjab and FATF while acting upon the National Action Plan approved in 2014, in order to nullify the effect of Indian lobbying. So in such a situation why would China veto the resolution against Masood Azhar presented by three powers France, Britain, and USA. Such discussions created unrest in the whole nation. Pakistanis were not concerned over the threats of Indian Prime Minister or Indian army's war preparations nor they were afraid that after the destruction of two fighter jets Indian Air Force would launch more attacks. They were concerned that if China in spite of vetoing the resolution against Masood Azhar favored it, than it would be necessary for Security Council to declare Masood Azhar as an international terrorist, than the inclusion of Pakistan in Black List was inevitable. 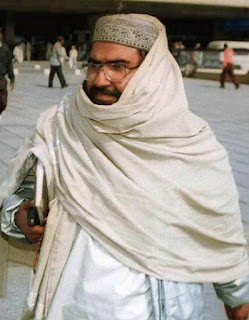 In this regard, PPPP Chairman disclosed in his address to SIndh Assembly that three Ministers of the ruling party were in contact with important personalities of banned outfits and PTI came into power through their support. Bilawal's whole speech was in Urdu however, the allegations over PTI were in English. Before this, during his address to Parliament, he said that PTI is reluctant to take any action against banned outfits. This statemetn was given much coverage by the Indian media. Few anchor persons questioned the timing of Bilawal's speeches while others said such sentences proving that they are still haunted by the aggressive speeches of Zardari. The meaning of their statements was that we have been supervsing the banned outfits. The words might be different but the meaning of the statements was similar to Indian blames that she has been using to seclude Pakistan and for ecomonical bans on Pakistan.

In fact, Indian opposition parties, serious and neutral jounralists, retired Indian Generals and Air Force officers have raised suspicions over the Pulwama drama and confessional video of Adil Ahmed Dar. They claimed this drama was staged to win elections by Modi. The video of Adil Ahmed Dar claiming the responsibility of Pulwama suicide attack as an activist of Jaish-e-Muhammad was rendered as doubtful as he war arrested on 09 September 2017 by Indian Army. An Indian journalist raised the question that on what terms and conditins was he released by Indian army? The second question raised by the Indian journalist was that in the news of 10 September 2017, Dar was claimed as the activist of Lashkar-e-Taiba while two others were declared as the activists of Zarb-ul-Mujahideen, so after the arrest, Dar decided to join Jaish-e-Muhammad? After these objections, whole India rejected the Pulwama drama. However, Indian Prime Minister Modi, Indian Army and Hindu extremists decided to take the confessional video of Adil Ahmed Dar to the Security Council for declaring Masood Azhar as an international terrorist and their so called aerial strike for their election campaign.
Indian govt. exploited Bilawal's statement for her nefarious designs but China rejected the resolution presented by the USA, France and Britain on the technical basis. After the 27 February the three international powers based their resoltuion on the Dar's confessional statement, for this reason, the three allies of India along with India requested China not to veto this resolution on which China replied that she will consider it. This silence of China was considered as the willingness to accept Indian request by Anti-Pakistan army elements in Pakistan and started spreading hopelessness that this time China will not reject the resolution. They all ignored that this resolution was against Pakistan.

On 13 March 2019, at about 11 pm CNN and all other international media reprted that China has rejected the resolution against Masood Azhar saying that just like previous resolution it has no solid evidence. Merely on the basis of allegations no country can be declared as the terrorist. The China's stance was more painful for India than shooting down her latest jet fighters in Azad Kashmir. At once Indian media started propaganda against China and started claiming China to be the friend of terrorists. The most interested and sorrowful analyses was from a notorious journalist of Pakistan member of SAFMA in which he said that we should have used China for somehting bigger rather then saving Masood Azhar from being declared as  terrorist.