The Propaganda War Against Pakistan! 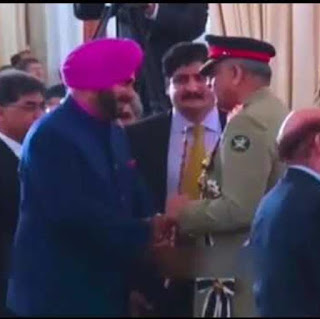 The terminology of Fifth Generation War is the production of the modern era in which the enemy is weakened not through the armed forces but through the Propaganda. Similar tactics had been written by the Kotalaya Chanakiya known as the Hindu scholar regarding religion and state matters, in his book Arth Shastar. About 280 years ago he advised rulers of Hindustan to utilize conspiracies, propaganda, proxy wars etc. for their imperialistic designs. All his teachings are now known as the "hybrid war". If we look at the 71 years old history of Hindu India we can clearly see that India identifies and supports such elements in the target country who can further Indian interests in their state, spread love for Hindu India in the public and fuel hatred against the state machinery. Through such nefarious designs and conspiracies, India entangled Nepal, Bhutan, and Maldives in such a way that they cannot even decide their internal matters as well as foreign affairs. The control of India exercised over Bangladesh is not a secret anymore. 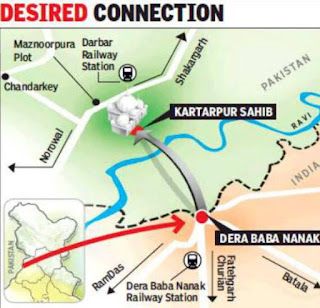 After, 1971 the Indian activities in remaining Pakistan are not hidden; the pro-Indian elements do not feel any shame supporting Hindu India and hatching conspiracies against despite the fact that they earned wealth and fame from Pakistan. Whenever any Pakistani unveils the dirty face of Hindu India, they call him extremist claiming themselves to be the torchbearers of liberalism. Such traitors can be traced out in all the fields of life in Pakistan. They give the good news of peace in India where Human Rights are being badly violated while in Pakistan they see Pakistan Army behind all the problems from poverty, inflation, unemployment, adulterated medicines, hoarding etc. Just because Pakistan is not only the biggest hurdle in the way of Indian Imperial designs but also a symbol of courage for more than dozen states fighting from their beloved Hindu India.
The statement of ISI and Pakistan Army's involvement in terrorism and utilizing terrorism as a weapon of foreign policy that was prepared by India in the 90s decade was sold hand in hand after the 9/11 to the international media. In this regard, India got the support of the many anti-religious elements in Pakistan willing for a free (sex) society in Pakistan in the name of the liberal scholars who left no stone unturned to support Indian claims. They went so far in the support of their fathers in India that they blamed Pakistan army for terrorism in Pakistan which was actually a proxy war of Hind RAW. 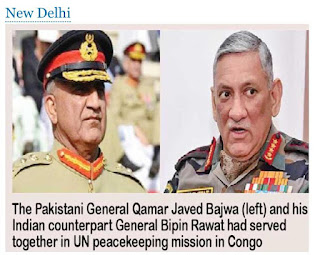 Now when the USA has acknowledged Taliban as a power without whom peace in Afghanistan will remain to be a dream; I think of the books written by traitors like Hussein Haqqani in English supporting Indian stance that as long as ISI and Pakistan Army is present the peace in Afghanistan aside, peace is not possible in any nook and corner of the world. Because according to these Pakistani Indians, Pakistani trained terrorists are present in the long and short of the world. The present situation has turned the odds against India that Pakistan has destroyed all the hideouts of Indian trained terrorists in the tribal areas, erected fence over the Pak-Afghan border creating hurdles in the infiltration of the Indian trained terrorists. It has also created problems for Indians living within Pakistan to support their propaganda that Pakistan army is exploiting its relations with Afghan Mujahideen for spreading extremism.
After such a defeat on all the fronts, India presented the thriller of Surgical Strike in Pakistani controlled Independent Kashmir in order to befool Hindu public but had to face shame as she failed to present any evidence. This has been especially advised by the Chanakya that if any rumors unveil to be fake there is no need to be ashamed of discouraged because even if few persons in the target country believe it then it should be considered as the victory. Because these few persons or agents will keep spreading the rumors while mixing it with more drama. 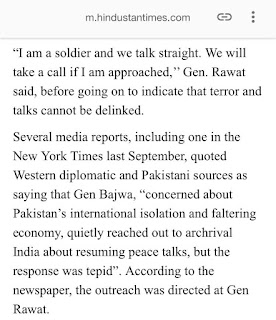 Such a  lie was published in the Indian newspaper "Hindustan Times" regarding the statement of the Indian Army Chief Bappan Rawat in which he said that if his Pakistani counter Part General Bajwa wants to talk with him he will not drop the call. Through this statement, India attempted to show that the Pakistani Army Chief wants to talk with Army Chief for peace between both countries or has tried to call. It is apparent that General Bajwa's hug to Najaut Singh Sidhu and offer to open Kartarpur border has left scars over Hindu India's minds which are still hurting India. General Bappan is daydreaming that he will be hugged by General Bajwa.
On the statement of General Bappan, Pakistani DG ISPR Major General Asif Ghafoor said that if Indian Army Chief wants peace negotiations than he should contact Pakistani govt. because this is the power of the govt. to decide the peace process. DG ISPR also declined Indian newspapers claim that General Bajwa served along with General Bappan during UN mission in Congo. 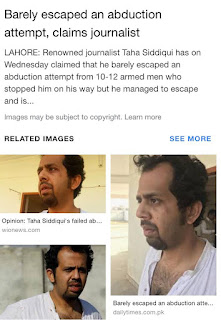 Another propaganda story against Pakistan army is being spread regarding Pakistani journalist Taha Siddiqui of French Channel France 24 by the Indian media and Western Newspapers; Taha Siddiqui worked with Indian TV Channel WION and his reports against Pakistan army that was given full coverage that mother and wife of terrorist Kulbhushan Yadav were insulted in Pakistan. In contrast to his reports, the mother and wife of Hindu terrorist were given all the facilities. Indian started propaganda campaign on the basis of Taha Siddiqui's report against Pakistan while international media representatives were present in Islamabad to cover the visit of Hindu terrorist's wife and mother and international media rejected the reports of Taha Siddiqui. In order to save face, Siddiqui fled away from Pakistan claiming that he was kidnapped by a few unknown persons on 10 January 2018.
Now he is trying to claim himself as the KSA's journalist Khushugi who was murdered in the KSA embassy in Turkey by telling the stories that ISI wants t kill him. He claims that he was kidnapped by the 10-12 ISI personnel in Islamabad but he succeeded in getting away like the James Bon-007. However, he is not safe even he has left Pakistan because ISI will kill him like the KSA journalist. He has also prepared a documentary to defame Pakistan army which we will discuss some other times…