Either General Bapan Rawat is Unaware of his Country's System or a Hypocrite! 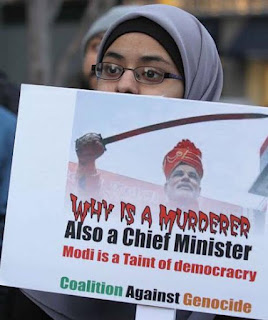 "My father built a strong and beautiful house at this place because he was sure that time is changing. In 2002, this house was set on fire for three days. They burnt it so much that we found just ashes that we buried in the graveyard. Even now I visit that house where I spent my childhood, where my children played, the place where there was his garden, the place where there was his library, I visit that place removing my shoes. Because I do not know where the hands of my father were cut, where his head was cut. I want to tell you all things because as you know that for 32 years I have been living in the USA. Someone wrote there an article that this war is very lonely war. I live there, living among the well-educated people considering themselves to be safe but I am alone there. 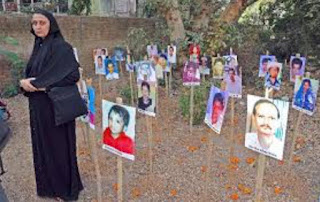 No one wants to bring forward the facts, everyone says, FORGET, MOVE ON. They have not burnt one or two houses, they have blazed the thousands of houses. How many examples should I quote? In our neighborhood lived Uncle Khan, his children searched hospitals for three years because they did not found his dead body and hoped that one day they will find him alive from some hospital. I am talking about Ahmadabad in 2002. This was not the time of night or a remote area where Police or ambulance could not reach or establish the writ of the state was impossible. Gandhi Nagar is 10 km away from Ahmadabad, Gandhi Asharam is 5 km away. In the childhood, we used to go there for playing on the bicycle.

In 2002, when the massacre of Muslims started as per plan, my father called everyone in his friend's list; he had a contact book in which he stored the numbers of all govt. notables. He called everyone until the phone wires were cut. He lost hope that no one is coming to help him, at last, he called at one place, told the receiver that the girls and children who have taken refuge in his house are being pulled out, windows has been broken, gas tanks are being thrown in; he called army last time and the answer he got was, "Jafari you are on your own". Now think yourself 2002, is 15-16years ago. In 1969, there were no phones, in the dark of the night my mother ran with her two children. These were the anti-Muslim riots of 1969 in Ahmadabad.

In 2002, massacre on such a big scale was impossible unless you have made the foolproof plan. The place on which my father lived was a Hindu majority area, my father was hopeful that by living here he will work as a bridge between the two religions and spread the love. Everyone knew us within the radius of 2-3 km. but in 2002 no one came to save us, he was 73 years old he had to bear all this alone. Now, whenever the election is near I get afraid that someone innocent will be killed somewhere. Does this happen in any democracy"?

Above quoted text is the part of the speech delivered by the Nasreen Jaffari in a seminar at New Delhi, daughter of Ehsan Jaffari, leader of Congress party, living in Ahmadabad during the Muslim Massacre in 2002 planned and executed by Chief Minister of Gujarat at that time Narendra Modi. In 2002, when Ehsan Jafari was murdered he was the member of Indian Parliament and was popular among Hindus as well due to his character. That was the reason he constructed his house in the majority Hindu area because he thought that in this way he will be able to win the hearts of Hindus and create ease for Muslims of India. When the massacre of Muslim started, Muslim women and children took refuge in his house, Hindus warned him again and again that he should expel the Muslim refugees and leave the area. Ehsan Jafari was sure that Hindus will remain outside his house just chanting slogans, but Narendra Modi had planned that his political future is conditioned with the fueling hatred against Muslim and massacre of Muslims to win the hearts of Hindus. The Chief Minister of Gujarat was not the Chief of Army Staff of the Indian army, despite this, Indian army in the Ahmadabad Catnonement did not interfere and provided the full chance for Hindus to massacre Muslims. During the inquiry, the Indian army stated that in order to control the anti-Muslim riots, Gujarat state had to provide them the vehicles which were provided two days later. 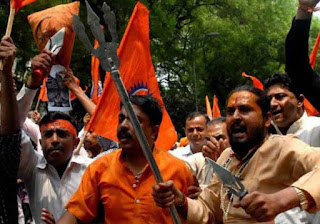 The reality of Indian army's stance was disclosed by the retired Muslim Lt. General Zameer Uddin Shah, in his book "Gospel of Truth". According to the details of Muslim genocide of 2002 in Gujarat is preserved in the war diaries of Ahmadabad cantt. According to him, the massacre of Muslims was planned and executed by the Gujarat Police and state. The SIT (Special Investigation Team) established by the Indian Supreme Court in its 541 pages long report have declared Narendra Modi as innocent. General Shah on 14th October 2018 declared this report as false and based upon lies, but Indian Army Chief Bappan Rawat is telling the jokes to prove his country as a secular state and in his jokes, he conditioned relations with Pakistan with secularism in Pakistan. If Rawat has been a politician one may have ignored his statement as a political stunt, but he is the Chief of (UN)professional Indian army having nuclear power. He forgot that since 1947, Indian history is dark with the Muslim massacre and genocide under the supervision of the Hindu state but he is still wandering in the circle of terrorism he created to defame Pakistan. He thinks that the world knows Pakistan as a terrorist state according to the Indian propaganda while the world is concerned over the killings of Muslims in Indian Held Kashmir (IHK), killings of Sikh and other minorities. In order to improve relations with Pakistan India will have to give Hindu terrorism. 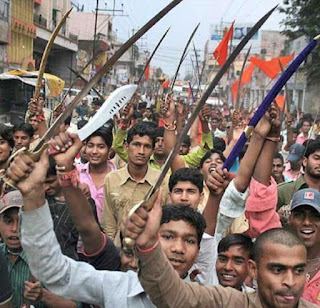 As long as the statement of seeing Pakistan as a secular state is concerned, its befitting reply has been given by the Nasreen Jafari in her speech in a seminar at New Delhi by telling her story of Muslim massacre in 2002. General Bappan Rawat is either a hypocrite or an actor. He should take care of India in spite of being concerned about Pakistan. India, where more than a dozen states want freedom from Hindu India and now Sikhs are also going to hold the referendum in 2020 for Khalistan on the international level, which was declared by General Bappan Rawat terrorism against India but forgot that India is involved in such terrorism against neighboring states since its birth…