After Bangladesh, Sikkim, Sri Lanka and Pakistan Now Nepal is the new Target of Indian RAW! 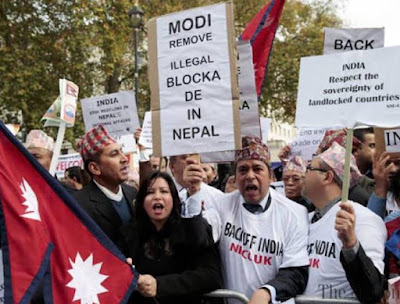 Have Sub-continents biggest country by land and population, Indian RAW played any role in the improvement of relations between countries or its only goal is to fuel terrorism in the neighboring countries so that India may attack and capture them? This question has been raised by the Dr. Shastra Dita Panat of Nepal in his book Machination of RAW in Transitional Nepal. The book consists of 615 pages. Dr. Panat has discussed in detail all the nefarious plans of RAW for capturing and taking over Nepal. He has also discussed the role of RAW and conspiracies hatched by RAW against the neighboring countries since freedom from Britain. What conspiracies were hatched by RAW and plans executed against Pakistan in 1971 for separation of Bengal; afterward the tactics used by Indian terrorist RAW to convert Bangladesh into the colony of India has been discussed in the book. After separation of Bengal from Pakistan, India attacked Sikkim and captured it. After Sikkim India targeted Sri Lanka and fueled terrorism in Sri Lanka. Whether it is Nepal, Bhutan, Sri Lanka or the Maldives these four states around India have so small army that India can even capture them by its state Police. This is the International pressure and laws that stop India from direct attack and use RAW mercilessly for creating lawlessness and terrorism so that the target state faces financial and economic losses and begs to India for accession. If one calculates the number of people who lost their lives and the losses to the property due to the terrorism of RAW, one might faint. 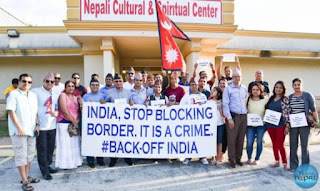 Sri Lanka is a country based upon an island and is not so much big that it can be further divided. Despite this India fueled terrorism there in the form of Tamil Tigers. Tamils were armed with the latest weapons to fight against the Sri Lankan army and demand a separate state. Remote control and time bomb blasts took lives of Sri Lankans on daily basis. In October 1988, India utilized RAW to create political chaos in the Maldives which was fueled to convert into the treason. During this political disturbance, an unknown group of pirates captured important points of Maldives. According to Maldives media, these pirates were 80 in number and belonged to Tamil Tigers supported by India. India reacted by sending its army to the Maldives under the operation Cactus. Tamil guerrillas fled away before the Indian army reached there. Indian army who went to stay in the Maldives in the name of restoration of peace had to return back on the International Pressure. 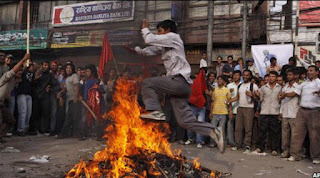 In Kashmir India is involved in crimes against Humanity. Pakistan is also facing Indian terrorism by birth, however, after 2001 India increased her terrorist network within Pakistan and waged war against Pakistan through RAW terrorists. Besides Suicide bomb blasts, terrorist activities and attacks India also fueled ethnic, linguistic and sectarian disputes to spread chaos in the country.
Supporting separatists in Tibet, training camps in Arunachal Pradesh to train terrorists for terrorism in Tibet all are the achievements of Indian RAW and Hindu India. Bhutan is facing Indian imperialist and terrorist designs. However, out of these small states, Dr. Panat is the first scholar who has declared India responsible for all the internal problems of his country and dared to write a book on the conspiracies of India against Nepal. He is the writer of 67 books while 29 books are in the pipeline for being published. According to him, Nepal has multiple times tried to get out of the Indian control, however, being a landlocked state, Nepal could not get out of Indian influence. If for one week, the movement of goods is stopped from India, Nepal has to face hunger.

In the last 7 decades, India has shifted Tharu and Madeshi Tamil tribes (living on both sides of the border) from UP and Bihar to Tihari area of Nepal in such a way that these areas now look to be the part of India. Here Janjati tribes are also present. These tribes have centuries-old enmities. As they are living across the borders, they can stop the trade anytime. It is not a difficult task for RAW to start a war between these tribes whose price is to be paid by the people of Nepal.
People of Nepal cannot forget 2015 when due to the mutual war of these tribes the trucks were burnt and looted, so truck drivers stopped the movement of in these areas. As a result, Nepal has to face the shortage of food and other trade items including medicine, the situation got out of control for Nepal's govt. People living around the Kathmandu marched towards Khatmandu to protest against the shortage. Protests started in other cities as well and the first time in the history, whole Nepal protested against India; Indian flags and puppets of Modi were burnt. India advised Nepal to end deals with China as a price of ending the fight between the tribes and securing the trade route. China came to help Nepalese people and supplied medicine and other necessities of life through the aerial route. 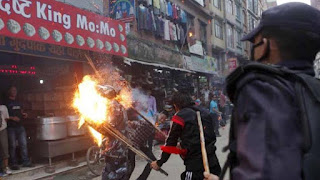 Dr. Panat has alleged that India is involved in the kidnapping of Nepalese children especially girls and women that end up as sex workers in the Indian cities. Dr. Panat has copied the statement of Indian journalist that Indian integrity depends entirely on the political chaos, economic loss, lawlessness and terrorism in the neighboring states so that they are forced to accept Indian demands. Dr. Panat has pointed out many deals with Bangladesh, Bhutan, Maldives, Sri Lanka, and Nepal as Unequal Bilateral Treaties and disclosed that more than 18000 Indians are working as agents in the world. 12000 out of these 18000 are working in the neighboring countries for terrorism, spreading fake news, fake currency notes, establishing and controlling pressure groups, chaos, and sectarian disputes.
These Indian agents belong mostly to the Surankote and Kargila units who have roots in Nepal's Interior Ministry, Foreign Ministry, Police, Immigration and even Electronic and Print Media. Nepalese want that their dependence on India is minimized and the relations with China is increased. They are seeing that China is the most developing country where poverty and unemployment have been controlled. While in India poverty is increasing day by day by increasing population. Nepal has got enough punishment for being forcibly tied with India. Indian rulers have used RAW against the neighboring countries in order to secure votes from extremist Hindus. They fuel terrorism in the neighboring countries so that Indian people do not pay attention to the deteriorating economy and increasing Hindu extremism. 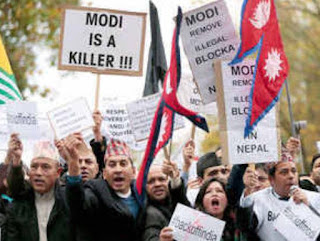 Pakistan is also facing Indian conspiracies from the day of its birth. Whether this is the terrorism in the neighboring countries, killing people in the name of Cow Protection or Indian war crimes in Indian Held Kashmir; Pakistan should establish a forum with Bhutan, Nepal, Sri Lanka, and the Maldives to discuss the conspiracies of India to enslave neighboring countries because we cannot raise voice against India individually but united we can stand against India. Nepal has set a new example by banning the use of New Indian currency in Nepal which should be followed by Bhutan and Maldives.