Hundreds of Malala’s are Killed daily in Mother of Democracy: India! 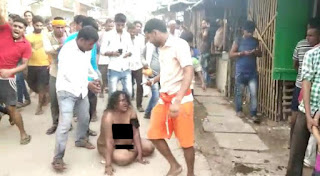 India is portrayed as a rapidly developing country and human rights are protected. Apparently, women are worshiped as goddesses and lower castes/minorities are treated as Brahmans. The bitter reality is that lower caste Hindus are 30% of the total Indian population but still, they are treated with the 3000 years old obsolete and inhuman Hindu laws of lower caste. They are punished inhumanly for being lower castes. According to the Brahmans killing a Dalit (lower caste) women are allowed because they are the cause of an increase in the population of Dalits. That is why Dalit girls are the special target of Hindu extremists/terrorists. Dalits are not allowed to enter the houses of Upper caste Hindus or temples. The few societies in New Delhi, Mumbai, and few bigger cities have been developed to deceive International community, however, Dalit children are not allowed to study in the schools of the upper-class Hindus. 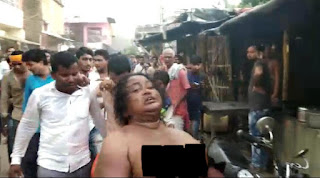 When Foreign journalists ask about the murders of Dalits, gang rapes, riots, burning of their houses, property etc. they are told that India has special laws for crimes against Dalits that were approved democratically by the Parliament. Not only Dalits, but Minorities are also the target of Hindu Barbarism especially women.
A few days ago more than 100 extremists of Bajrang Dal forced a Christian woman to be undressed and made her walk across the bazaar. Her only crime was that while passing through the market she resisted on being manhandled that was not acceptable for extremists of Upper-Class Hindus. While being walked naked into the bazaar, she was punched and shoed. When she fell down being tired she was forced to stand up dragging her from hair. Dozens of Hindus recorded the whole tragic incident with their cameras. Now, this video has been made viral but no one is that the world is ready to condemn India. Indian police play the role of bystander of the spectator. Even if at the protests of Human Rights organizations, a case is registered but no one is arrested and punished. No one is ready to bear the witness. 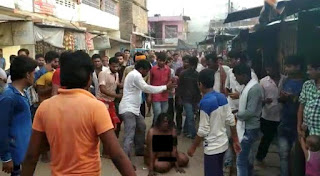 On 02 November 2018, a 13-year-old Dalit girls head was cut up by upper-class Hindu. This tragic incident happened in the District Salim of Tamil Nadu. Her only crime was, again and again, coming in front of the upper caste Hindu and not giving the way. Indian Police and law are not ready to come into action on this murder. Although the case has been registered the murderer has not been arrested.
In the Roy Bareli area of Uttar Pradesh on 04 November 2018, a woman reached the gate of Police Station, took out the Petrol bottle, emptied it on her head, before this she set herself on fire, she was stopped by 4 police constables including 1 lady constable. Representatives of electronic and print media were present in the Police Station. When she was interrogated by the media representatives that why she wanted to suicide, she started crying that her younger brother was murdered by the Leader of BJP. Since then she has been struggling to get the FIR registered. Police did not register the case, however, her younger was murdered after gang rape by the murderer of her brother. Police took no action. The leader of BJP punished her by raping her along with his hooligans. She is now tired and thinks that she will be murdered like her brother and sister as well. 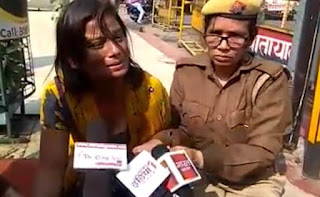 She told about her parents that a few years ago her mother was also gang raped by BJP leader, on resistance by her father, they killed both of her parents. From last 15 days she daily visits the Police station along with her two daughters for registration of FIR of the murder of her brother and sister, she spends the night at the Civil Hospital. Whole day murderers remain in the Police Station and laugh at her. When they asked that who were the murderers she said disclosed that they are near relatives of Indian Interior Minister, Raj Nath. She knows that she will not be served with justice but will be murdered as well, in such a situation what should she do besides suicide. As long as media representatives were talking to her, Police constable was holding her, her clothes were wet with petrol which can be clearly seen in the clip. None of the Indian TV channels telecasted her interview because the woman belonged to the Dalit family. However, a media representative posted the clip over the social media disclosing the real face of Mother of Democracy, writ of law and justice in India. 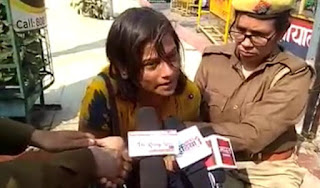 However, if the case had been of the upper-class Hindu woman, that situation would have been different. On 02 November 2018, 400 recruits attacked Police Training Center and Police Headquarters of Patna and destroyed the furniture and the govt. vehicles. The only crime of the Patna Training Center administration was that they denied allowing leave to the Sabeeta Kumari (recruit) suffering from Typhoid and Dengue saying that she is being better looked after in the Police Lines Hospital but she died after remaining in the hospital for two weeks. Recruits beat the in-charge of the Training School that they had to run for their lives. 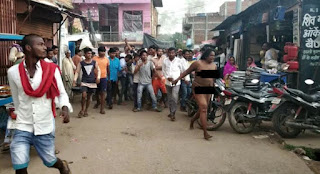 Despite all this neither any inquiry has been held nor any case has been registered because an upper caste recruit was involved in the case. But in the same Mother of Democracy, thousands of infant girls are killed by foeticide and abortion and even if a girl is born she is killed or buried alive. The interest linked with India is the main reason that they are ignoring all these inhuman and war crimes of India but singing the chorus of development of India. The poor situation of morals in India is that such a situation has never been observed in any state. In order to hide the war crimes of extremists / terrorist upper caste Hindus, Indian rulers target Dalits or minorities or stage the drama of tension with neighboring countries in order deceive Indian public as well as whole world…

Email ThisBlogThis!Share to TwitterShare to FacebookShare to Pinterest
Labels: dalits, Human life inferior to cows, minorities, Minorities in India, Minorities in mother of democracy, Value of Dalit Life in India