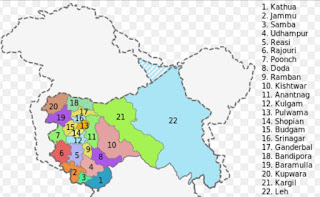 Although Hindu Party Congress had been befooling people in United India as being a secular party, its reality being Hindu extremist party was disclosed right after the partition of sub-continent from October to November 1947 when unrecorded numbers of Muslim were martyred in the Jammu Kashmir with the help of Maharaja Hari Singh. Jawaher Lal Nehru blamed the RSS for the genocide of Muslim saving face of his party but the bitter reality is that even British govt. was equally involved in the genocide of Muslims. This was the British govt. who practically denied any protection to Muslims of Jammu and Kashmir and created technical problems in the inclusion of Jammu and Kashmir into Pakistan. In this Muslim genocide, more than 200,000 Muslim were martyred and hundreds of thousands were forced to migrate. The worst affected Muslim belonged to Jammu where Hindus were in majority. The majority of Hindus was pre-planned. Before the partition, the Hindus and Sikhs from Rawalpindi and Sialkot had migrated to Jammu. Although, the Sikhs and Hindus had no threat in Western Punjab. After partition, if any violence was witnessed in Western Punjab was a reaction of the genocide of Muslim in Eastern Punjab when the trains full of mutilated corpses of Muslim arrived Lahore. 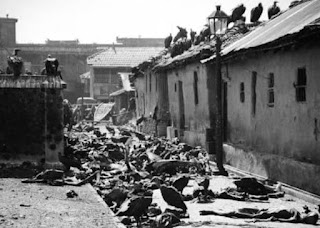 Before the partition, the extreme of the inhuman massacre was witnessed in the two Muslim majority areas of Muhallah Ustad and Muhallah Talab Khateeqaan of Jammu, where it was difficult to enter into the Muslim areas due to narrow streets, these areas were blockaded, water and eatables were not allowed to enter into the area. Due to the shortage of food, patients, elderly and children died. Those who tried to leave the area due to hunger and thirst were killed by Hindus and Sikhs, women were abducted. Similar extremist crimes were witnessed in Odhampura, Chenani, District Doda, Bhdarwah, Riyasi, and Akhnor. In order to participate in the massacre of Muslims in Kashmir that continued for more than 2 months, Sikhs and Hindus from Indian states came to Jammu and Kashmir and returned back with loot and Muslim women. 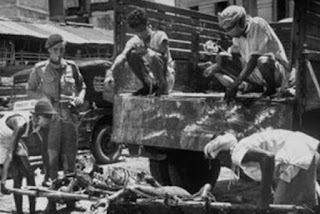 In his speech of 25 December 1947, Gandhi acknowledged in his speech that Hindu and Sikh soldiers were involved in the massacre of the Muslims of Kashmir. Hindu intellectual Wed Bhushan has written that Indian soldiers went on leave, stating their purpose of leave and visit to Kashmir. 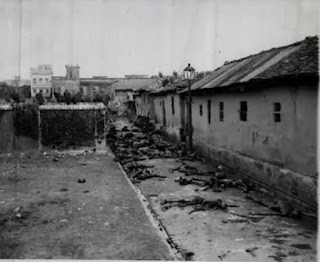 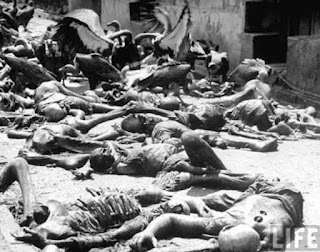 Alas! Our media has never given coverage to the genocide of Muslims in India. History witnessed the worst massacre of humans led by Jawahar Laal Nehru and Maharaja Hari Singh. On 27 October 1947, when Indian army invaded Kashmir, the massacre of Muslims continued so that Muslim majority can be converted into the minority. If we see the Muslim population leaving aside the Jammu, it was 91% at the time of partition. 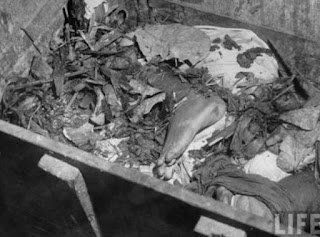 Now extremist Hindus are trying to end the Article 35/A of Indian constitution. This was announced as the election motto in 2014 by Modi that if his party came into power they will end the said Article. This article bans purchasing of land in Kashmir by non-Kahsmiris and the children of Kashmiri women out of non-Kashmiri spouse to be accepted as Kashmiri children. In the election of 2014, BJP contested on this goal as well in Kashmir, they were expecting to win 50 out of 87 seats in IHK however, they succeeded to secure only25 seats. The party of Mehbuba Mufti won 28 seats. In this way the dreams of terrorist Modi were shattered, so he put the puppet Chief Minister Mehbuba Mufti and started a new wave of killings and violence in IHK so that Kashmiris can be forced to accept the end of 35/A. 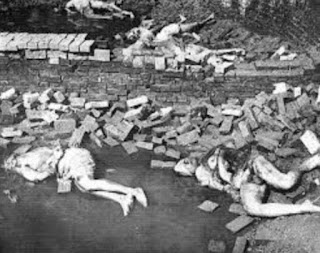 Kashmiris are protesting against these acts of New Delhi. Whether these are pellet guns mutilating face, blinding pellets of shotgun cartridges or live bullets, Kashmiris are not afraid of these weapons and death. The international community is dead silent. Hindu extremists are unable to understand that ending the Article 35/A cannot stop the freedom movement of Kashmiris. However, abolishing this Article will decrease the writ of India in more than a dozen states that want separation from India… 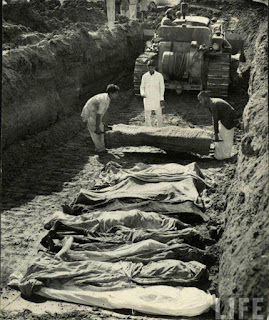 Note: It is often considered that these pics are of the Muslim massacred in Eastern Punjab, but actually they are only from Jammu and Kashmir where more than 0.5 million Muslim were killed by Hindu extremists.

Email ThisBlogThis!Share to TwitterShare to FacebookShare to Pinterest
Labels: Artice 35/A, Indian Held Kashmir, Jammu, Massacre of Muslims in 1948