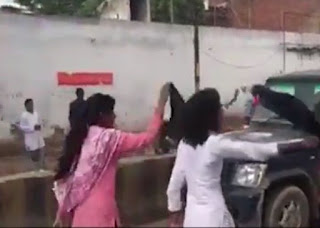 Armed beasts of Indian Army openly abuse protesting female students of Indian Held Kashmir, torture them, disrespect them, throw them into their vehicles, just because they chant slogans of “Pakistan Zindabad (long live Pakistan)” when they see these state terrorists. We all see this and remain silent shamelessly. May Allah have mercy on us; we are so much busy in our politics and internal chaos that we have become so much senseless that Hindu terrorists are abusing our daughters and sisters and we are silent. In Occupied Palestine, a 16-year-old student Ehad Tamimi slapped a Jewish soldier when he tried to abuse her mother in March 2018. She was arrested, the Isreali court sentenced her 8 months imprisonment. After she got released from the imprisonment she had become a hero of Palestinian Freedom Movement for her courage and bravery, Western Media was creating documentaries on her, songs had been written on her, her statues are being built. By imprisoning a 16-year-old girl, Israeli court took revenge of slapping an Israeli soldier but this revengeful act of Israel disclosed the black face of Israel and made Palestinians loved in the whole world. This was said by the Italian Jew Director, working to release a movie on her. Palestinian student got coverage internationally because her arrest was recorded by the journalists of international media. 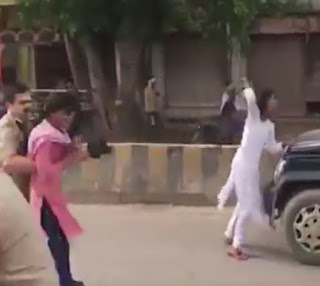 In India, International apart, local Indian media and journalists are not allowed to visit Indian Held Kashmir (IHK). In the way Indian state terrorists are torturing, violating human rights and committing atrocities against each and every street in IHK, one may hardly find any such example. Young Kashmiri Female students were arrested after torture on 01 August 2018, when they started chanting slogans of Long Live Pakistan while State Police was patrolling the area. Every year Kashmiris celebrate the Independence Day of Pakistan, Pakistani flags are hoisted on the homes, troops of Indian army and police come in action to remove these flags; clashes occur, people are tortured and martyred. Despite all these tortures and inhuman acts, Indian army cannot refrain Kashmiris from celebrating the 15th August, Independence Day of India a Black Day. With the sunrise, every house had black hoisted on each Kashmiri home. Solidarity with Pakistan on every 14th August and expressing hatred against India on every 15th August is going on since last 7 decades. 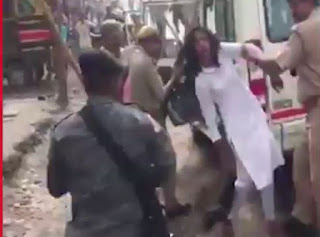 However, from 01 August 2018, a new change has been observed, which shows that now Kashmiris are planning to celebrate the whole month of August as Month of Freedom / Independence. That is in the District Kolgam Kashmiri Youngsters are waving black flags and chanting Long Live Pakistan to express their hatred against Hindu terrorists. With the start of August, Pakistani flags are being hoisted at home in IHK, while showing black flag to Indians chanting slogans of Long Live Pakistan. 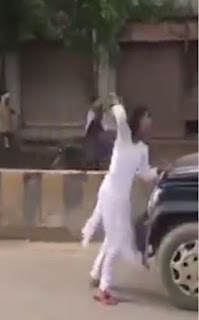 IHK, in fact, represents the scene of Military barrack or Prison, where Indian State Police and Military troops are always on patrol round the clock. In each every crossover and nook and corner of streets, blockades are placed where people are forced to prove their identity, school bags of kids are checked for transfer of Pakistani flags from one place to another. For Indian security agencies, Pakistani flag is more dangerous than bombs. Despite such strict measures, where Pakistani flags are printed and how they are distributed; this question has made Indian security agencies psychic they have no other way but to torture the innocent people and extra-judicial killings. 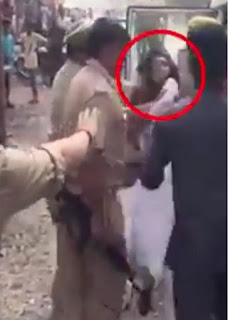 On 1st August 2018, Kashmiri youngsters (males and females) started waving the black flags and chanting Long Live Pakistan when they saw Indian troops on patrol. Indian state terrorists having the protection of Black laws and Hindu India got mad in anger. Astonishingly while Kashmiri girls were being arrested they not only resisted against it but also hit Indian soldiers with the black cloth and continued chanting Long Live Pakistan. If Hindu soldiers had little sanity or sense they would have called ladies Police to arrest females. 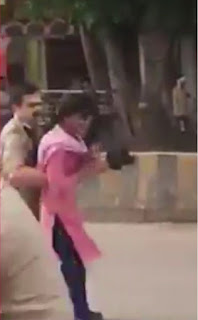 If at that time media personnel had been present there, they would have shown the real ugly and dirty face of Hindu India claiming to be the flag bearer of human rights, democracy and developing like a rocket. Hindus of India worship statues of (nude) women their temples and when they come out of their temples they abuse and molest women. The students arrested from Kolgam has not been reported anywhere, Police denies their arrest, they have been forcefully disappeared. They were kidnapped/arrested in front of hundreds of Kashmiris, video recordings of their being arrested are also available. 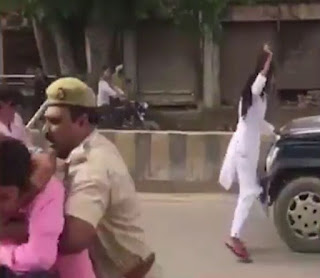 The world is silent over such horrific tortures and war crimes; this is our duty to protest against the kidnapping of Kashmiri daughters, gang rapes, and molestations. Our elite class who cannot see anything beyond their business interests, this is their duty that they should at least give a statement in favor of Kashmiri brave girls clashing with the Hindu state terrorists and chanting slogans in favor of Pakistan despite tortures…