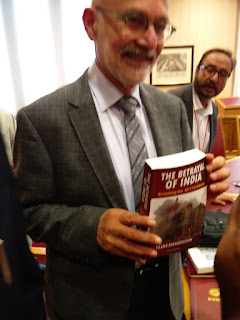 there are thousands of books published each year, however, very few of them get the award. This has seldom happened that a book has been written on a tragedy having a different opinion than that of the opinion of the govt. and it had earned fame. The book written by Ellis Davidson on Mumbai attacks has been awarded the Award for 2018 by the London Institute of South Asia and British House of Lords. This award shows that Mumbai attacks were staged. This was such a bloody drama that was staged by India along with other international anti-Pakistan forces with the full support of the International Media. This drama was staged to pave way for sabotaging the integrity of Pakistan. If we look at the situation of 2008, India was facing a wave of target killing and suicide bomb blasts but International media was focusing on the time bomb blasts. Because after each time bomb blasts, Indian rulers, opposition leaders, and Indian media started the propaganda campaign against Pakistan. Indian channels telecasted the pictures of Pakistan Army Chief, ISI Chief and Hafiz Saeed with respect to Lashkar-e-Taiba (LeT). The propaganda and cries of Indian media make Indian lies acceptable to the international community. With the expression of solidarity by the International community, it was also demanded from Pakistan to support India for punishing the culprits of time bomb blasts in India. Pakistan’s Foreign Ministry kept in busy in explanations that Pakistan has nothing to do with the Indian attacks. No one ever thought that Pakistan itself engulfed in the terrorism and suicide bomb blasts, why will Pakistan target Muslims of India through bomb blasts? You may look at the facts and figures of bomb blasts in 2008 in India, Muslims were the major target. 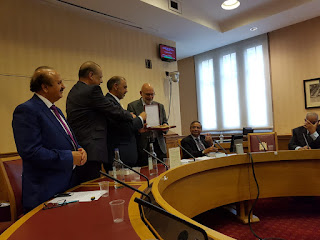 India was succeeding in presenting the Kashmiris Freedom Movement as a terrorist movement due to LeT and blaming Pakistan as their supporter and planner. However, the teams investigating these terrorist bomb blasts were unable to hide this truth that the Indian agencies were involved in these bomb blasts. Especially the 5 bomb blasts within the 30 minutes at 6 PM, 13 September 2008, jolted the Indian capital. After each attack, an email was received by Indian channels sent by Islami Mujahedeen, acknowledging the responsibility of bomb blasts and threatening to carry out more bomb blasts. After these bomb blasts, panic was widespread in India, many embassies have also pressurized India for their security. Maharashtra Anti-Terrorism Squad (ATS) was under pressure to disclose the truth. Indian Interior Minister was trying to blame Pakistan for these attacks, mentioning a call that was done from New Delhi to Pakistan stating that Operation ABW has been successfully completed. 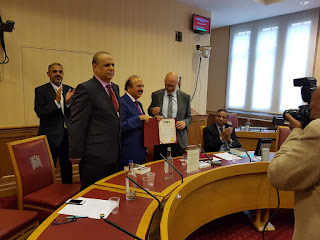 Muslims were being arrested for links with LeT not only from New Delhi but other cities as well. On 19 September 2008, Police martyred 2 Muslims in a fake encounter alleging them for being involved in bomb blasts. A bomb blast was conducted on Malegaon on 29 September 2008, on the very same day Chief of ATS, Hemant Karkare, declared the arrest of on-duty Indian Colonel, retired Major, Indian Air Force’s Officer and 3 other Hindu terrorists including a woman. In the first week of November when they were presented before the Indian court and confessional statement was recorded. 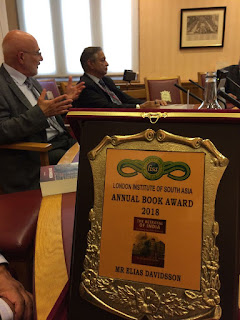 On the same day, the planning of Mumbai attacks to be held on 26/11 was completed so that Karkare along with his team can be eliminated while as usual Pakistan was to be blamed for these attacks. Col Purohit and his co-terrorists’ confessional statement were published in Indian newspapers as headlines in which they confessed for being involved in Samjhota Express fire. 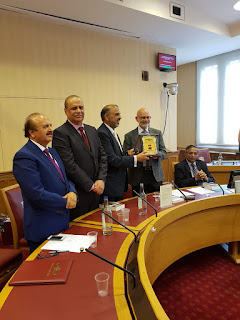 Alas, traitors in Pakistan kept silent on such shocking and jolting confessions waiting for 26/11 drama to be staged by India. On 26th November 2008, when India successfully killed Karkare and his team, Pakistan was blamed for these attacks and USA also supported Indian stance due to her interests in India, whole Pakistan was nation jolted because India has achieved for what she had planned for. 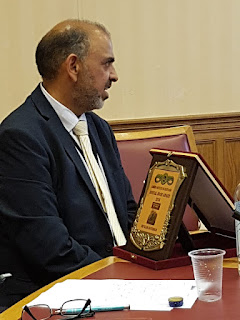 However, German origin Jewish intellectual Allis Davidson proved the Mumbai attacks as a planned and fabricated bloody drama of India in his book “The Betrayal of India: Revisiting the 26/11 Evidence”. In this book, evidence has been given that India staged this drama killing 163 people in order to blame Pakistan. Pakistanis might not have been aware of this book due to internal chaos and forgotten the hardships that Pakistan had to face due to the Indian drama but the world has not forgotten it. The recent example is the gathering at House of Lords arranged by London Institute of South Asia (LISA)  held on 20 June 2018. 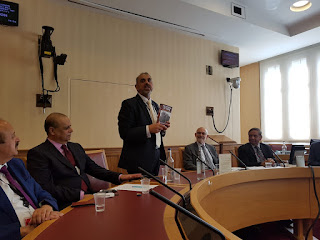 The gathering was attended by British members of parliament, intellectuals, media teams, and Pakistanis residing in Britain. The function was arranged by Asmat Saeed and President was Lord Nazeer. Lord Qurban and member of parliament Faisal Rasheed also expressed their views. Ex-Senator, Barrister Iftikhar shed light on the strategic gains that India achieved through this drama and irreparable loss that was caused to Pakistan. Although Pakistani politicians and media were also invited in the function, they did not attend it, showing that they prefer their personal and business links with India over national interests…