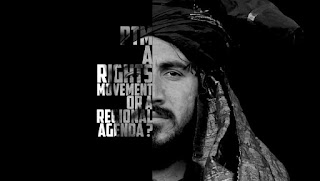 While addressing National Assembly in August 2016, leader of Balochistan Pakhtunkhwa Milli Awami Party, Mehmood Khan Achakzai shocked the nation by claiming that “KPK belongs to Afghans. If anyone in Pakistan teases them, they should come to the KPK where they may live without any fear. No one would dare to ask them about their refugee card because KPK belongs to Afghans”. This statement was an alarm for the integrity of Pakistan. A strict reaction was observed. The nation was shocked that why no one from the members of the assembly of ruling party objects the statement of the Achakzai. Achakzai did not stop here, he further said that if Islamabad and Kabul cannot resolve the issue of free movement across the Turkham Border than this issue should be left to Russia and China, they will find a solution within two weeks. The reason behind the Achakzai’s rage and anti-Pakistan statements were the voices raised for the return of Afghan refugees from Balochistan. 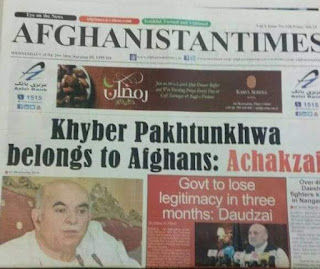 Balochistan govt. after the deadly terrorist attacks on 08 August 2016, on Quetta Civil hospital, demanded that Afghan refugees should be expelled from the province. In the said attack more than 90 innocents were martyred while more than 130 were injured. Majority of the casualties belonged to the lawyer community. The attack on the hospital was well planned. Unknown persons targeted President of Balochistan Bar Association when he was coming to the office, he was evacuated to the hospital but succumbed to injuries on the way. As soon as lawyers got the news of the attack, they gathered in the hospital where a suicide bomber blasted himself. This was one of the tragic incidents in the history of terrorism in Pakistan. The responsibility for the suicide attack was claimed by Jamaat ul Ehrar. During the initial investigations from the arrested persons revealed that terrorists were facilitated by Afghan refugees living in the area. After such disclosures, Provincial Foreign Ministry of Balochistan demanded that Afghan refugees should be sent back to Afghanistan at once. Before this attack, in the APS Peshawar and uncountable other terrorist attacks, it was proved that terrorists stayed in the homes of Afghan refugees and were fully supported by the Afghans. The evidence was also presented to the American Military Commanders in Afghanistan. Achakzai blamed army and security forces in the name of “security lapse”.

During this time, despite the removal of terrorists from tribal areas, there were such passes on the Afghan border from where terrorists not only attached Pakistan army’s checkpoints but also attacked the locals. Terrorists infiltrated from these secret passes into Pakistan and continued their terrorist agencies. At that time neither there was any presence of Pakhtoon Tahafuz Movement nor anyone raised voice against the murders of Pakhtoons in the hands of Afghan terrorists. Manzoor Pashteen was also sleeping as well. However, keeping in view the present situation it is clear that imposing Border Management and erection of barbed wire fence on the border has successfully controlled the terrorist movement across the border; the enemy has now adopted a new policy of fueling the Pakhtoon nationalism. The planning of fueling Pakhtoon nationalism was going in Kabul with the unlimited sources of New Delhi. Otherwise, how is it possible that no one raised voice on the killings of Pakhtoons in the hands of terrorists but the issue of murder of Naqeeb Ullah Mehsud has been exploited to fuel nationalism, PTM suddenly boomed as well, Manzoor Pashtoon started meeting notables of Afghan govt. and Achakzai.

This cannot be simply a coincidence that the words that were chosen by the Altaf Hussein in the video message to his followers for supporting PTM, similar words were chosen by Achakzai in his message in Pashto language for Pakhtoons in which it was said that wherever Pakhtoons are living outside Pakistan, they should support Manzoor Pashteen and PTM who has emerged as true leader of Pakhtoons. As Altaf Hussein used to term Pakistan Army and Punjab as the usurper of the rights of the Muhajirs, similarly Achakzai’s tone shows his intentions in the future. Opposing FATA’s inclusion in the KPK without any argument and supporting Afghan claim over FATA and KPK, he has been supporting Manzoor Pashteen and PTM, it is expected that he would soon merge his party from Balochistan KPK Milli Party to PTM.

On 08 June 2018, Achakzai suddenly raised the issue of suppressing the number of Pakhtoons in the recent census while he did not raise any objection when the results were declared while he was in the govt. In order to promote the PTM, his meetings with Afghan secret agencies has been reported on the social media in which Brahamdagh and Harabyar Murree also participated. In this regard, Altaf Hussein is also giving video messages of joining hands with PTM and Achakzai for the struggle against Pakistan army and Punjab. Mehran Murree in his 9-minute long message in Geneva has enticed Pakthoons to get separation from Pakistan in the name of Islam and has criticized Quaid-e-Azam to please his anti-Two Nations Theory controllers. This is the duty of our intellectual community to get some time from analyses of politics and fight for power to tell the nation the problems shadowing the integrity of the nation.