An Attempt to Revive the Issue of Durand Line: Cover to Destabilize Pakistan through PTM

On 18th March 2018, while meeting with the Pakistani Adviser for National Security in Kabul, Afghan President said, “We do not want to win the war but end the war and Pakistan should help us”. The meeting was held in a pleasant mood between Pakistani Adviser and Afghan President Ashraf Ghani along with Afghan Chief Executive Abdullah Abdullah. In this meeting, Afghan President invited Pakistan’s Prime Minister to visit Afghanistan, start afresh struggle for peace ignoring the bad relations in past. While meeting Lt. General Nasir Janjua, Adviser for National Security, Afghan President said that Pakistan should help Afghanistan to end the war. He said that we should ignore the past and secure the future. This meeting was given full coverage in Afghan media. This is a positive step. The relation between Afghanistan and Pakistan is not that of traditional neighbor. We have shared history and culture. The similarity of religion further strengthens this relation.
The question is although Afghan President has expressed his wish for moving ahead with Pakistan for the peace process; is he independent to make such decisions? If despite having the powerful designation of Afghan President, he prefers Indian interests over the security of Afghanistan, allows exploitation of Afghanistan as the second battlefront against Pakistan, provides safe heavens and strategic support to the terrorists and their leadership of Tehreek Taliban Pakistan (TTP); then how can we move ahead together? The undeniable evidence of terrorist attacks and suicide bomb blasts linked with Afghanistan, infiltration of terrorists from Afghanistan and supervision of terrorists during the attack from Afghanistan via mobile phones have been given to Afghan President. Besides assurances from Afghanistan when the series of terrorism continued Pakistan had no other option but to control the unchecked movement across the border for the protection of Pakistani citizens and gates should be constructed on the roads so that those willing to enter into Pakistan should be forced to bring their identity documents. 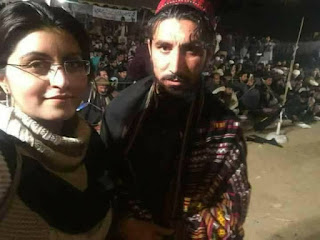 This decision did not violate diplomatic values, human rights or international laws regarding borders. Despite this, while imposing border management thousands of Afghan students coming to Peshawar for studies and patients were given exemption. The result of the erection of barbed wire fence and controlling the unchecked movement across the border has been seen in the decrease in terrorist attacks in KPK and FATA, moreover, the armed attacks over Army Check posts and civilians in Pakistan. Resolutions were submitted to the Afghan Parliament. Portests were staged on the roads and Afghan media started anti-Pakistan propaganda. Not only this, Afghan army started unprovoked shelling over Chaman and Turkham border claiming many lives of Pakistan army and this is still going on. 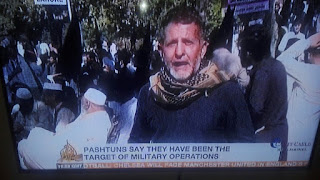 India and America are not happy on the construction of barbed fence. Because this made it impossible for the RAW and NDS nexus to continue their terrorism in Pakistan. When the threats and sanctions from America did not work; they had planned to revive the dead issue of Durand Line. In this regard, a statement from Pakhtoon nationalist leader was given on the lines Greater Pakhtoonistan over the return of Afghan Refugees. Once again the discussion over Durand line has been started. The protests in favor of Durand line also demanded union of Afghan and Pakistan Pakhtoons. Suddenly, what has happened that everyone is talking about the rights of Pakhtoons. 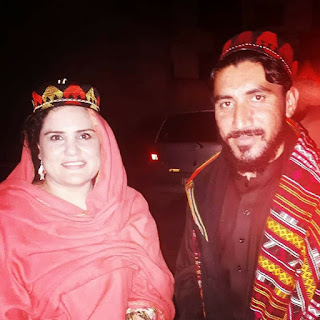 A map of “Pakhtoon Tahafuz Movement” was represented in such a way as the tribal and KPK Pakhtoons have been struggling for their rights since long. How did the youngsters get the finances to stage protests and gatherings? Why did our media remain unaware of such a big movement? When this was presented in the Pakistani media why did they start discussing Pakhtoon Tahafuz Movement (PTM)  on the same lines as they supported Baloch Freedom Fighters giving them full coverage to fuel their nefarious designs. 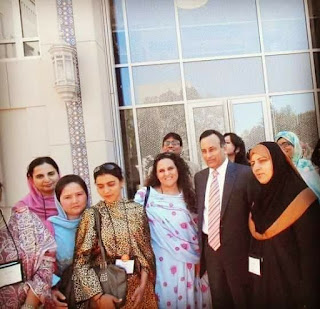 People of tribal areas have given great sacrifices against terrorism. Their biggest sacrifice is that they left their homes and shifted to camps. During the war and military operations, their homes and businesses were destroyed. The reconstruction and rehabilitation of these tribal people is the duty of the whole nation. The reconstruction is rapidly being done in these areas. 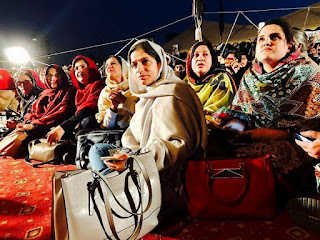 Some people are exploiting the destruction of property in the name of Pakhtoon Tahafuz Movement who used to stand with the Greater Pakhtoonistan or sometimes standing in the anti-Pakistan protests in Kabul. Who would support the forced missing of persons by security agencies, but the identity of missing persons should be known. Only saying that 8 or 18 thousand persons are missing is not enough. Media should issue the list of these missing persons. One should also check whether the names of TTP leadership are also included in the list?

Moreover, only a few days ago peace has been restored in the tribal areas that another movement in tribal areas and Afghanistan has been started. On the one hand, the movement is going in the name of Pakhtoon Tahafuz while on the other hand in the support of Durand Line. Protesting against the revival of Durand Line Issue, Leader of Afghanistan Freedom and Democracy Movement Javed Kohistani has said that in spite reviving the dead issues of Durand Line, Afghan President should pay his attention towards peace in Afghanistan. Afghan people need peace more than Durand line issue. Javed Kohistani has attempted to realize Afghan Rulers while the whole world is acknowledging the role of Pakistan for peace in Afghanistan, Afghan govt. wants to start a new dispute over the Durand Line. This will not change the border between Pakistan and Afghanistan however, the peace will become far away from Afghanistan.