The Reality of India’s Propaganda of Terrorism!

Since 1980 India has been struggling hard to prove Pakistan as “Enemy of Peace” and terrorist state in order to seclude Pakistan on the international level. The use of term “Islamic Nuclear Bomb” over Pakistan’s nuclear capability was to make West especially America and Israel afraid of Pakistan’s nuclear capability in the light of the Israeli capture of Palestine and atrocities committed by the Jewish army. However, Indian attempts to terrorize Western media and West remained unfruitful. But after 9/11, the anger of Americans against Muslim and declaration to take revenge created hope for India that she might highjack the American war on terror against Pakistan. On 1st October 2001, when the USA declared war on Afghanistan, India started a full-fledged campaign against Pakistan utilizing her media and diplomatic channels. Indian main goal was to convince the USA that she should attack Pakistan in spite Afghanistan as Pakistan is the center of terrorism. In this regard to high-level envoys from India headed by Foreign Secretary Man Singh and RAW Chief of that time. Although these visits were kept secret but Indian newspapers published the statement of Foreign Secretary in which India offered full aerial support and utilization of Indian airbases for American attack over Pakistan. Indian Foreign Minister, Jaswant Singh also disclosed the message of Indian govt. through Media Conference in New Delhi but India struggle remained fruitless. On 07 October 2001, America attacked Afghanistan along with her NATO allies. 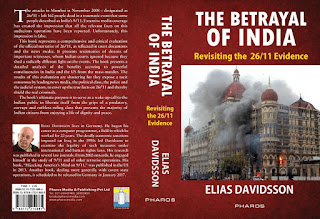 India did not stop here and continued her propaganda against Pakistan. Special propaganda articles and posts were made to be published in American Newspapers and Weekly Magazines. All of these had only stance i.e. Pakistan is the supporter of terrorists in the region, Pakistan has been utilizing these terrorists in Indian Occupied Kashmir; if America did not take steps to stop Pakistani terrorists, the peace of the whole world would be at risk. The USA did not listen to Indian propaganda and after aerial attacks, at least ground forces were infiltrated into Afghanistan. Taliban government’s resistance against Allies in Kabul decreased. 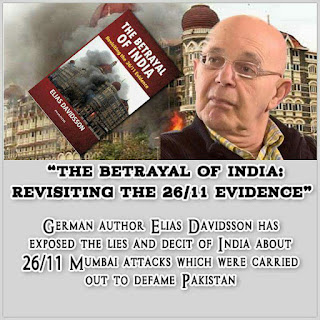 In the meanwhile, on 12 December 2001, attacks over Indian Parliament in New Delhi were staged. Indian media crossed all limits in propaganda against Pakistan. India has to bring her army on Pakistani borders in order to control the anger of the Indian public. 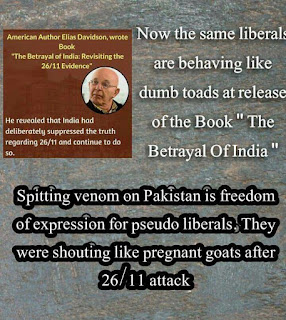 After 11 months, India has to withdraw her troops from the Pakistani border. Indian defense planners termed Lashkar-e-Taiba (LeT), Jamaat-u-Dawaat (JuD), the freedom campaigns of Indian Occupied Kashmir as terrorists and Pakistan army and ISI as supporters of these freedom campaigns. Indians did not stop here, they kept on thinking new conspiracies to get bans on Pakistan from UNO.
After this, a new doctrine was started against Pakistan. From January 2003 to December, 70 persons lost lives in 4 bomb blasts only in Mumbai and as per plan the propaganda against ISI, Pakistan Army, LeT and JuD continues. The tactics and explosives used in these blasts was so much suspicious that despite all the propaganda, Chief of Maharashtra Anti-Terrorist Squad not only digs out the network involved in these bomb blasts but also arrested an on-duty Indian Colonel Purohit along with 5 other members of extremist Hindu organizations making them confess their involvement in these bomb blasts. These people from Indian Military Intelligence and Hindu Extremist organizations used to conduct bomb blasts in India for propaganda against Pakistan. Despite all the pressure and threats, Hemant Kurkure ATS Chief, continued his investigations making further arrests which threatened the whole Doctrine of India. 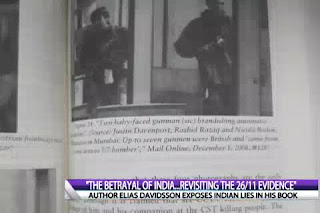 On 26 November 2006, in the Mumbai attacks over Hotels, City Railway Station and Nariman House, ATS Chief along with the whole team was removed. Once again this drama was blamed on Pakistan but there were so many flaws in the whole story that even journalists from Mumbai rejected it. Jewish intellectual from Germany has published his book, “The Betrayal of India: Revisiting the 26/11 Evidence”. In this book, he has disclosed Indian propaganda and attacks drama in such a way that Indian propaganda has become a problem for India herself. Modi establishment is worried over the increasing fame of the book in the Indian media because the author is neither a Muslim nor a Pakistani. Author has clearly disclosed the Israel-India nexus against Pakistan with complete evidence. The book has been published in such a time when India and USA are preparing to put Pakistan's name in the “watch list” with regard to Financial Action Task Force for supporting terrorists. Now the demand for reinvestigation of Mumbai attacks against India to bring out the ground realities has been started which is increasing with every passing day.