Indian American Nexus Does Not Want Peace in Afghanistan! 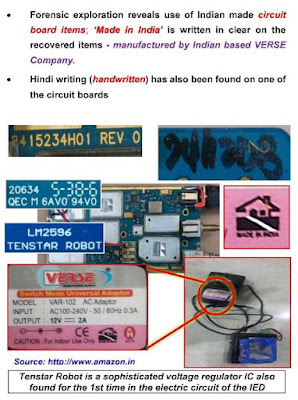 The challenges faced by American and NATO Forces in Afghanistan, contradicting statements of American Officials to clarify the Trump’s Policy regarding Afghanistan, blaming Pakistan for failures in Afghanistan and American threats to Pakistan, stopping all types of aid to Pakistan, and increased Indian aggressive activities on Eastern-Pakistani borders show that although USA wants to stay in Afghanistan but she has not practicable plan for peace in Afghanistan which has furthered complicated the situation.  After internal criticism and questions asked by Congress over the American failures in Afghanistan; American army has started barbaric activities in Afghanistan in order to portray that Americans are not negotiating with Taliban but fighting fiercely with Afghan resistance fighters. American are continuously blaming Haqqani Network operating from tribal areas of Pakistan for which they have no evidence to support their allegations. Americans are busy in this propaganda and no one asks them that American spy satellites which according to Americans are capable of searching needle in the grass, detect human body even in dark on the basis of thermal imaging; why these satellites do not detect Haqqani Network terrorists invading into Afghanistan and why Americans or their trained Afghan National Army do not stop or target these terrorists? Why no one raises the question that stopping terrorists infiltrating into Afghanistan on the border is the duty of American forces or Afghan National army not of Pakistan Army. 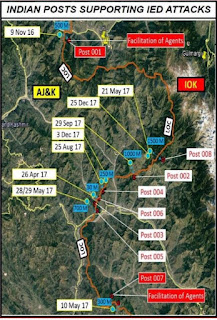 American establishment and media both are well aware of the steps taken by the Pakistan army for Border Management on the Afghanistan border, and strict security measures but in order to hide their failures in Afghanistan they are continuing DO MORE from Pakistan. The American policy of using power in spite of negotiations ignoring the ground realities has devastated the peace in Kabul. 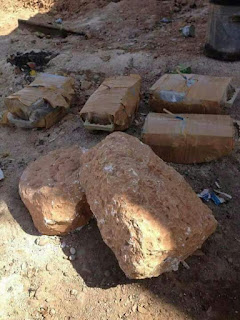 After few days of peace, the attack of terrorists over 5-star hotel owned by Afghan govt. located in the most secure area of the Kabul, cross firing continued for 17 hours, how many people were killed in the attack, how many of them were local and foreigners, no details have been disclosed. Those two specific rooms of which were attacked first of all by militants, who were residing in those two rooms? How militants succeeded in invading such secure area, were they supported by the hotel security, how militants got the information about the residents of those two rooms of the hotel, why there is the contradiction in the statements given by representatives of Afghan govt. Despite big claims regarding the security of Kabul by Afghan govt. and America, the suicide bomb attack in the ambulance filled with dynamites which claimed lives of at least 100 people, and more than 200 were injured. A big number of children and women was also included. Within few days, another bomb blast outside of Martial Faheem Military Academy in Kabul in which 11 Afghan soldiers were killed. In this way, 3 bomb blasts within a week jolted the Kabul, while another bomb blast targeted Jalalabad. Out of these attacks, the responsibility of two was claimed by Taliban while other two by ISIS.
IEDs planted by Indian State and Non-State Actors near LOC in AJ&K and by TTP on Pak-Afghan border shows the difficult war Pakistan army is fighting.

According to the report of British, Newspaper Independent published on 29 January 2018, Afghan Secret Agency NDS’s Chief Masoom Stanekzai blamed that Pakistani supported terrorists were behind these attacks. Afghan Diplomat namely Majeed Qarar alleged that terrorists were provided dynamite and bombs by Pak Army and ISI, which are also being used for attacks in Indian Occupied Kashmir (IOK) as well. He claimed that terrorists attacking Military Academy used Night Vision goggles while Afghan National Army does not have such goggles. Majeed Qarar further said that these Night Vision manufactured by Britain have been provided by ISI to the Lashkar-e-Taiba in IOK and Haqqani Network in Afghanistan. Daily Independent also claimed that the weapons recovered from the vehicles used by terrorists to attack the 5-star hotel in Kabul were Pak made. Further investigations revealed that they were manufactured by a company located in Islamabad. In the enmity of Pakistan, British newspaper even portrayed the attack as a reaction of stopping of aid to Pakistan by USA which is a new addition in the allegations against Pak Army and ISI that were laid during the last 16 years. The allegations of night vision and Pakistani weapons in the attack over Kabul hotel were laid when an Indian agent involved in the installation of landmines, toy bombs in the form of radio sets, calculators, mobiles etc. on the trails and ways in Azad Kashmir was arrested. This was being done since 2016, due to the blasts of these toy bombs and small land mines many Kashmiri children and elders had lost their limbs while landmines were blasted via remote control.
The IEDs employed in AJ&K near LOC is technically more sophisticated as compared to the ragtag/ rudimentary nature of IEDs employed by Violent Non-State Actors (VNSAs) on Pakistan-Afghanistan border.

Most of these remote-controlled landmines were used by Indian soldiers on the check posts over LoC who blasted these landmines while Pakistani patrolling parties were near these landmines. After, long struggle, Pakistani forces, succeeded in arresting the Indian agent involved in installing these bombs or Improvised Explosive Devices (IEDs) in different forms; after arrest, the information provided by the Indian agent and the explosives recovered from his custody provided undeniable evidence of provision of explosives and other parts in these IEDs. When Pakistan presented them to the Indians on the hotline, despite being aware, Indian army denied acknowledging their involvement. As Indian trick of targeting Pakistani soldiers and innocent Kashmiris in the Independent Kashmir was foiled; Indians presented the propaganda of night vision goggles and Pakistani made weapons through Afghan govt. and the British newspaper. The world wants to know that after spending trillions of dollars in Afghanistan if the USA was unable to ensure peace in Afghanistan than how America will ensure peace in Afghanistan in the future…