Threats to the International Peace due to Trump and Modi! 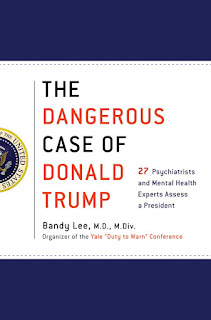 Last year when Republican Party nominated Donald Trump for President in the USA, many analysts termed this as a wrong decision due to the biased personality of Trump. All of them were agreed that as a businessman, Trump has bad character. Fraud and lies are part of his business strategy. There were many complaints on his moral turpitude and in enmity he may cross all limits. Despite all these concerns, unseen hand got him elected as the President of USA. The interference by Russia to get Trump elected as President has developed a big dispute and investigations are underway. However the most astonishing is the book published by 27 doctors or psychiatrists which shows the mental diseases Trump is suffering from. The book, “The Dangerous Case of Donald Trump” is perhaps the only book written on any personality quoting the reports of American Health Universities and their Ph.D. doctors. On the other hand, Trump is not a common person, he is the President of the USA, who has the authority to order the use of nuclear weapons and button of the atom bomb.Trump has not been termed as the dangerous person for the world without any reason. There is not a single step that he has taken after taking oath as President which has not created panic and unrest in the USA.

Dr. Bandy, one of the authors of the book has written, “The madness of Trump is obvious, its effects are being felt within and outside of USA”. Dr. Lance Dowds linked with Harvard University, America, “Suffering from many mental diseases, Trump is a person who does live in reality”. American Psychologist, Dr. Phillips writes, “the leader of the powerful nation is dangerous Trump who may order the nuclear attack on any country just seeing a sad scene of the movie on TV, or on the advice of his wife, children or others”.
After the publication of the book, a discussion has been started in the USA, that whether Doctors of Psychologists have the right to give their views to anyone without performing his medical checkup? Or they have the right to discuss the diseases of their patients in the public. But the persons giving such opinion are of the view that under discussion is not a common man but the one who has been given the control of deciding the fate of American nation and international peace. If a mad person has a dangerous person than this is the duty of the others to stop him and inform others about the threat.

The authors of the book are of the view that when they gathered in the Yale University they had two questions in their mind. 1) what has happened to Trump, 2) Are they professionally responsible to warn the nation that Trump is mentally unfit for the post of President of America? After discussing these questions thoroughly they decided that remaining silent in such a situation when there is a pertinent threat does not fall within the professional duties, thus they decided to write the book ignoring the consequences.
The selfishness and enjoying by torturing others of Trump can be perceived from his declaration of acknowledging Bait ul Muqaddas/Jerusalem as Capital of Israel and shifting of US embassy due to which whole Islamic Ummah is suffering from unrest. This declaration has not opened the way of killing Palestinians but pushed the world towards such a war whose start and end both will be disastrous. With the declaration of Trump, Israeli rulers are happy because international pressure against construction Jew colonies has been neutralized.
All western countries including Britain are against the declaration but they will never go against the interests of Israel. The basic reason is the mutual disputes, lack of trust in the Islamic countries and especially the bank accounts of Muslim rulers in Western countries filled with corruption money. That is why they are unable to go beyond the verbal protest against America. Everyone is protesting that business deals with USA and deals of purchase of weapons with the USA should be canceled, products of Western countries should be boycotted, all these protests are just verbal and if Muslim rulers tried to implement these demands practically the black money accounts of these politicians will be frozen.

Just like the Occupied areas of Palestine, in Indian Held Kashmir (IHK) daily innocents are targeted by the Indian state terrorists. Kashmiris have given the sacrifice of more than one hundred thousand lives for their freedom movement. These state terrorist activities have increased as Modi notorious for the massacre of Muslims being elected as Prime Minister. Whether this is firing of pellets over protesting Kashmiris or use of chemical weapons, all this the result of psychic Modi who may go to any limits for his interests.
In March 2002, the world was protesting over the massacre of Muslims in Gujarat. Indian media tried to portray plan of Modi for the massacre of Muslims as Hindu-Muslim riots. While the burnt Muslim colonies, burnt corpses, gang-raped women in camps were telling some other story. International media played the pivotal role in unveiling the massacre of Muslims. Modi staged rallies in his favor all over India terming Muslims as traitors and in December 2002, these rallies were turned into the election campaign. The whole election campaign was based on the hatred against Muslims and Pakistan. Leading such a rally, Modi took Western Media journalists on his truck while the crowd of Hindus was demanding the end of Muslims from India. Modi mentioning Western journalists said that India is a democratic country and majority of Indians wants that Muslims should be treated as they were treated in March 2002 and he is a democratic person so he has to respect the public opinion if the majority wants massacre of Muslims ten times he will do it. This address paved his way for being elected as Prime Minister.
Serious Indians are concerned that Modi has termed the leaders of opposing party running election campaign against him in Gujarat as agents of ISI, destroying the morals of the democracy. He has termed ex-Prime Minister and his three Ministers as agents of ISI as well. Indians were already fed up with Modi’s dramas regarding the overhaul of Indian economy and now they are also demanding that mental checkup of Modi should be done as he seems to be a psychiatric patient. His mental health can be well imagined from this that he is blaming Rohingya Muslim refugees as ISI agents. When the whole world was protesting against the genocide of Rohingya Muslims in the hands of Myanmar govt. Modi was the only person favoring this inhuman act.