Why India is Reluctant to Send her Army to Afghanistan? 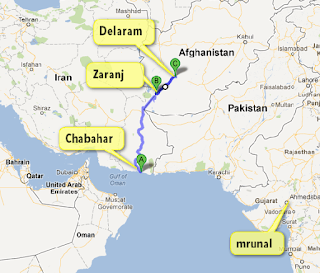 In April 2006, a telecom engineer of India went missing in Afghanistan. This was the time when India has succeeded establishing her foothold in Afghanistan with the support of American CIA, Afghan President Hamid Karzai, and Northern Alliance. RAW was successfully using TTP in tribal areas and Pakistan for terrorism. Separatists have been activated in Balochistan for disintegrating Pakistan. 6 consulates established in Afghanistan near the Pakistan border were working as training camps; brainwashing and training unemployed Pakistani youth for terrorism in Pakistan under the garb of giving them lucrative jobs. In this regard master trainers of terrorism were imported into Afghanistan garbed as doctors, engineers, and teachers etc. Not only in Afghanistan but in Pakistan as well pro-Indian elements were praising this as the technical support and great service to Afghan people. These elements are terming terrorism in Pakistan result of wrong policies of Pakistan army in Afghanistan. They were supporting Indian plan of using Afghan land against Pakistan as a second battlefield.

The kidnapping of Indian Engineer Suriya Narayan was the first incident in which an Indian was kidnapped since the American invasion in 2001. At that time more than 3000 Indians were working in Afghanistan on different construction, education and health projects. Taliban claimed the responsibility of kidnapping Indian engineer and demanded that Indians should leave Afghanistan otherwise Indian engineer will be killed. India rejected Taliban’s demand saying that she will continue her projects in Afghanistan and demanded from Afghan govt. to take steps for recovery of Indian engineer.
With the statement of Indian Foreign Minister, the head cut corpse of Indian engineer was found on the Road joining Ghazni to Zabul. The protest of India was expected but she made a strange demand that India should be allowed to send her troops to Afghanistan for protection of Indians. India has to face criticism from within India as well. Indian Defense Analysts were of the view that sending Indian troops to Afghanistan is equivalent to inviting Taliban to spread their activities in India as well. But Indian govt. wanted to complete her plan for construction of trade route from Afghan province Nimroz to Delaram. This road is known as route no. 606, this two-lane 135 miles long road was being constructed to join Iranian Chah Bahar port to Afghanistan. The constriction work was going on slowly since 2005. From Afghan border to Chah Bahar the construction of the road was to be done by Iran. This road was being constructed as a substitute of Pakistan’s Gwadar port to China trade route. Indian has to spend 6 billion Indian rupees. More than 300 Indian engineers and others were working in Afghanistan on the construction of the road. India was worried about their protection and wanted to send her troops so that her engineers may continue their work. After the murder of Indian engineer when Indian demand for sending troops to Afghanistan grew, puppet Afghan govt. did not allow India to send her troops to Afghanistan on the orders of America, however, they allowed the number of security guards for the protection of Indian workers. For this India deployed 70 soldiers from Indian Tibetan Border Police (ITBP) and completed the construction work of the road within the 4 years. India cannot reject the reality that ITBP soldiers or the trainers brought under the garb of ITBP soldiers were used to training terrorists in the Indian consulates and training camps.

On 7 July 2008, a bomb was blasted over the gate of the Indian embassy in Kabul. Including important Indian diplomat, 58 Indians were killed and 150 were injured in the bomb blast. Western media, Karzai govt. and India blamed ISI for these attacks. Indian propaganda in Western media was so strong that American President Bush has to call Pakistani PM Yousaf Raza Gillani. The whole propaganda from India was aimed for sending Indian troops to Pakistan. India exploited the blast for her propaganda; articles were published in the newspapers supporting Indian demand of sending her troops to Afghanistan. This demand was rejected by America.
When Trump announced his new policy over Afghanistan praising Indian role in Afghanistan. The discussion was started afresh in Indian media that whether USA means the supply of weapons and ammunition to Afghan army or USA wants India to send her troop to Afghanistan by requesting defense aid from India? A restless was felt in Pakistan that if India deploys her troops in Afghanistan what will be the results for Pakistan? Although, the public was worried Pakistan’s military command was peaceful as they had planned to tackle any misadventure of Indian army via Afghanistan.

A few days ago when American Defense Minister arrived in New Delhi, the supply of F-16’s along with drones to India was part of the agenda. Moreover, Hindustan Times has pointed towards the terrorism of Tehreek Taliban Pakistan (TTP) via Afghanistan, its nexus with Indian RAW, the terrorism in Pakistan as a result of this nexus and the loss American interests in Afghanistan have sustained due to Indian policy in Afghanistan. However, the issue of deployment of Indian troops to Afghanistan was not expected to be the part of the agenda. This issue was highlighted when Indian Defense Minister took the clear stance that India will not send her troops to Afghanistan.
India spending 3 billion dollars in Afghanistan in the name of development and restoration of peace and demanding deployment of her troops in Afghanistan has suddenly denied sending her troops to Afghanistan. It seems that after preparation of Pakistan army to tackle any misadventure over Afghan borders, India considers that her troops in Afghanistan will be of no use. Actually, India considers American pressure over Pakistan’s Eastern borders and concentrating over LoC and Eastern Border of Pakistan preparing for a big attack over Pakistan that is expected before summer of 2018 by Indians…