Reply to American Allegations against ISI! 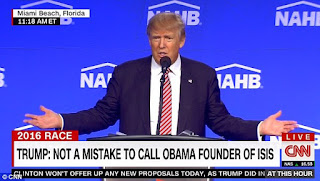 This was 1993, British Newspaper The Independent wrote a long article “Anti-Soviet Warrior Puts His Army on the Road to Peace” praising the Afghan Mujahideen. In this article, Osama Bin Laden was discussed as a great Mujahid who fought against the Soviet Union who has chosen peace now and busy in construction work in Sudan. All his Mujahideen whom he has gathered from all over the world established Maktab-al-Khidmat spending billions of dollars so that Arab fighters can be trained for use of weapons but also provide them financial support for their families during their Jihad; had also joined him in the construction work. British newspaper tells the details of the Osama, his links with powerful American politicians, wealth, and business. The writing was to praise the Osama, his Jihad against the Soviet Union, philosophy of Jihad and after completion of Jihad, he return to the peaceful life once again. Afterwards, when these Mujahideen were converted into Al-Qaeda many analysts claimed it a plan of CIA.

Before this establishment of Taliban and victories in Afghanistan was also an achievement of America and American CIA. Afterwards, USA devastated whole Afghanistan in order to uproot her established Taliban. After capturing Afghanistan, they laid false accusations over Iraq for having Weapons of Mass Destruction, American and Western armies attacked Iraq, looted and destroyed it and afterward disclosed that all the reports of WMDs were false. For the destruction of Iraq, uncountable murders, rapes and atrocities committed against Iraqis they apologized and attacked Libya. Here Al-Qaeda became American ally while America was hunting down Al-Qaeda all across the Afghanistan, Iraq and even Europe. Because circle of terrorist activities claimed by Al-Qaeda had spread to Britain. Afterwards, Western Media portrayed that AL-Qaeda has lost power, Afghan Taliban’s names were removed from International terrorist organizations list and their office was established in Qatar under the garb of the restoration of peace.

In the meanwhile, the world was told about the ISIS or DAESH who in no time took over the half of the Iraq, major areas of Syria and knocked at the borders of Turkey while Kingdom of Saudi Arabia also had concerns about them. ISIS has one special feature that latest communication equipment, modern automatic weapons etc. are not even available to the Iraqi and Syrian army. 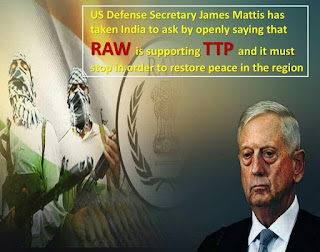 This might have been ignored if it has been limited to news analysis only but in the last year during the Presidential campaign, Trump alleged Hillary Clinton and her party for establishment of ISIS and making it so strong that it became a state within the states breaking records of the barbarism of Hilaku. On 03 August 2016, during the election convention of Democratic Party, Vice President of USA Joseph Boyden criticized the presidential campaign of Trump terming it as a threat to the USA. Even Obama said that statements of Trump are encouraging ISIS. With the allegations of Trump, his supporting media in America especially Fox News started propaganda against Obama and Hillary for establishing ISIS through CIA. Such analysis was published in American Newspapers in which the number terrorist attacks during reigns of different American Presidents, and the success of American Presidents after 2001 against terrorist organizations were analyzed. In all these analysis links of CIA with different active terrorist groups and warlords in Afghanistan was specially mentioned.

Recep Tayyip Erdogan, President of Turkey has alleged that Israeli secret agency MOSSAD is playing the negative role in the referendum in Kurdistan. The role of MOSSAD was to fuel further bloodshed in Central East. CIA is providing weapons, training and funds to Kurds present in the Iran, Turkey, and Syria for last 4 decades.

On 04 October 2017, American Army;s Chairman Joint Chiefs of Staff in a briefing to Senate Committee for Armed Forces has openly mentioned ISI’s link with terrorists in South Asia, claiming that reasons of American army’s failure in Afghanistan are the ISI’s links with Afghan Taliban and other Afghan fighters. Similarly, American Defense Minister has demanded to DO MORE from Pakistan used words like LAST CHANCE. This is the insult of not only Pakistani nation but the 70 thousand innocents who lost their lives due to American War on Afghanistan and harboring India into Afghanistan. In the way Pakistan army has cleansed terrorists and defeated India-America funded terrorists in Pakistan; this is unacceptable for India and America. The anger of America over the loss of her terrorists is clearly visible in the statements of American Foreign and Defense Minister and Trump.

A few days ago on the American request for release of the Canadian family, Pakistan army along with the secret agencies raided the terrorist hideout as soon as terrorist took the hostage family into Kurram agency. This successful operation has forced Americans to praise professional capability and effectiveness of ISI against terrorists. If this is not a victory of Pakistan against terrorists than what is that???