Save Educated Youth from Extremism! 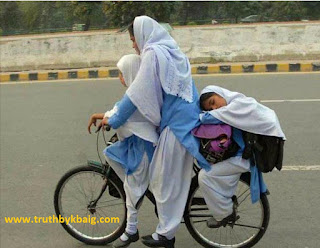 There was a time, talented and caring teachers served in the schools. They not only taught the students but also built their characters as well. They tried their best to make their students a good human being. Students were not kept limited in the walls of the classroom for teaching but in order to flourish their mental and physical capabilities, sports and other co-curricular activities were arranged. For this purpose, there were vast playgrounds along with libraries in the schools. Students were free to choose between Football, Hockey, Cricket or other sports. Athletics were arranged separately. Different teams were formed within the school and matches were held. While students who were part of the team were doing their best to make their team win, the students sitting outside supported their teams. This was a time when there was neither any need of any intercession to take part in the sports nor school administration interfered to make a specific team win. This was the start of character building. Losers were sad over failure but they tried to cover their shortcomings; winners included everyone in their success. Losers were made fun of for some time but never insulted. Because all of them once again studied together, played together; all of these were the elements of character building i.e. everything should be done on merit, how to express happiness over winning or how to accept defeat. Forgiving, tolerance, equality etc. were learned from these activities. In the exams, students had trust over their teachers that they will not give undue favor to anyone. Students passed out of school, new classes, new passion; Primary, Middle, Matric, College, and Universities the process of character building continued. 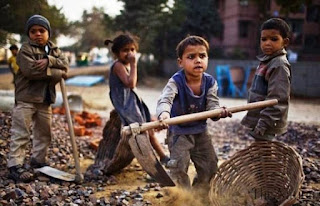 The series of sports spread inter-colleges, districts and so on. After achieving higher qualification, some became doctor, engineer, participated in competitive exams, teaching etc. and everyone choose his own career. Even those who remained unemployed or failed to procure job had no complaint from system, society or person. In spite getting involved in negative activities being disappointed, he continued his struggle to procure a respectable livelihood because the virus of nepotism, intercession or bribery to procure jobs was not present in the society. This does not mean that there were angels everywhere, even if there was corruption in the system it was not open but hidden. 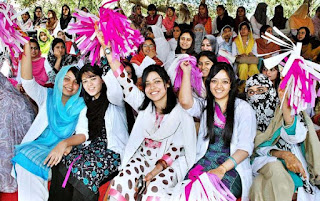 The world changed, such rulers were imposed over the country who left education unattended considering it as something unwanted. The establishing of new educational institutions in the view of increasing population was not considered in the government’s budgets because politicians were sending their children abroad for education. The number of students increased in the existing schools, in spite of employing teachers on the merit basis, teachers were given jobs on the intercession of politicians or those teachers who joined education setup just for making money. The funds for sports was misappropriated. In order to procure good marks, the thickness of enveloper (having bribed money) became the standard. The shortage of schools invited the mafia of corrupt people jumped into the business, rented homes, bungalows were converted into schools or colleges with the names similar to the famous schools and universities of America and Britain. 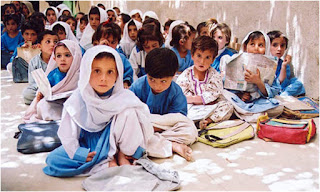 The NGOs working against the basis of Pakistan and Two Nations Theory also started exploiting the situation. A flood of private schools and educational institutions took over the whole society where children are being taught to speak English by twisting their faces, taking children away from Islamic teachings and imparting in them that valueless societal norms of West are a step towards the development, negating the Eastern values. By writing up quotations on the walls of the building has been given the name of the character building. Sports, athletes, speech competitions, literature, poetry etc. have been ignored. Now “Education is for Sale”. Parents have been forced to buy education for their children just like a commodity whose price depends upon its standard. People are forced to buy costly education for their children. In order to meet their increased financial pressure, they are forced to take bribes, corruption, black marketing, hoarding and other illegal sources of income.

The payment of tuition fees of private schools in thousands of rupees was not less than every year the curricular books are changed. The undue prices of these books, bags, and uniform besides the expenses of everyday get-togethers and functions in the schools. Universities have become factories manufacturing unemployed youth. Rulers started giving laptops in the universities without considering that when through this invention of science they will see the outer world and compare it with the situation in their motherland, they will get disappointed and hopeless creating negative thinking in them. Our rulers, having closed eyes, constructing wide roads, tall buildings and decorative departments are unaware that what crime they have done by handing over the education in the hands of corrupt businessmen. 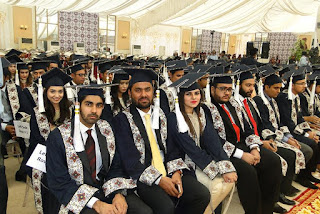 Now the passed out students or students studying in universities have been found involved in the terrorism, this should be considered as an alarm; dozen of them have been arrested and other will be arrested on the information gathered from these arrested students and punished, but will this ensure that no one will dare to join the extremism? Our rulers, whose children are studying abroad, they go abroad for their treatment, if they come into the country the whole system of security is engaged for their personal protection. They should remember that unless the injustice is not curbed in the society, a social system based upon merit and equality is not established, state resources are not freed from the corrupt mafia, the education system is not taken back from the profit taker traders; terrorism will continue and appear in different forms. The enemies of Pakistan will continue to trap youngsters facing injustice in the society and exploit them against the integrity of Pakistan… 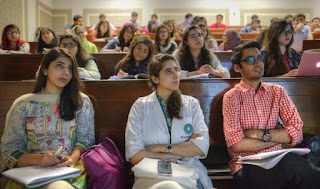