Nexus of Enemies of Pakistan in London!

Ex-Mayor of Karachi, Mir Mustafa Kamal after a long silence since he left MQM, on 3 March 2016 when he disclosed the links between Altaf Hussein, MQM (his ex-party), Target killing in Karachi, extortion, killing of important personalities and other crimes and the orders received from India. Pakistanis were astonished by his claims, not because they were unaware of these bitter realities but because no one dreamt to be alive after disclosing the terrorist activities of Altaf Hussein. While reporting the news against MQM, newspapers choose special words so that the news report given by them may not make Altaf Hussein in London angry.  When suddenly, Altaf Hussein wants to address, all TV channels stop their routine telecasts in order to air his rubbishes as they may be punished for not doing so. 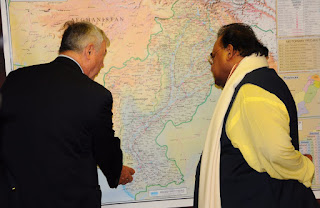 In such a situation of fear, the disclosure of Altaf’s links with RAW, MQM and terrorism in Pakistan by Mustafa Kamal sitting in Karachi along with 19 Qaim Khanis and Raza Haroon seemed to be unreal. Pakistanis were happy that the end of the murderers of innocent Pakistanis has come. Moreover, the disclosures by Mustafa Kamal and other ex-MQM members have provided a chance to the federation to take strict action against the outlaws in Karachi. However, Pakistani Interior Ministry disappointed the whole nation by demanding evidence from Mustafa Kamal and others against ALtaf Hussein. People were unable to understand that why govt. is asking for evidence while govt. is well aware of those involved in terrorism and lawlessness in Karachi.
This was the time when in his 8 hours long speeches, Altaf Hussein made it a routine to threat the security agencies and abuse ruling personalities. Whenever, any reaction came from Pakistan on his provoking speeches, he apologized for this in his next speech. In one of his speeches on 22 August 2016 he crossed all the limits challenging the integrity of Pakistan. 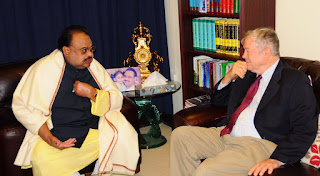 For threatening Rangers Commander for a dreadful end, and threats to Pakistan army and other security agencies, cases have been lodged against Altaf Hussein in different parts of Sindh. Pakistan Media Regulatory Authority (PEMRA) has verbally banned speeches of Altaf Hussein. Farooq Sattar of MQM, condemned this ban claiming that it is against the freedom of expression staging a sit-up at Karachi Press Club on the night of 21 August 2016. Addressing to the sit-up on 22 August 2016, Altaf Hussein chose such words against Pakistan which were unacceptable for any patriot Pakistani. Farooq Sattar along with other leaders of MQM listened to the Altaf’s speech with bowed heads and also supported Altaf over his statements against Pakistan. On this occasion Altaf abetted the crowd to attack a private TV channel’s building resulting in the death of a person.
Moreover, in July 2007, Altaf addressed an event of Indian Newspaper Hindustan Times, terming freedom of Pakistan as a historical mistake expressing his enmity against Pakistan. On this occasion no one dared to condemn Altaf for his speech against Pakistan except Nawa-i-Waqt. Even govt. of Pakistan kept silence. 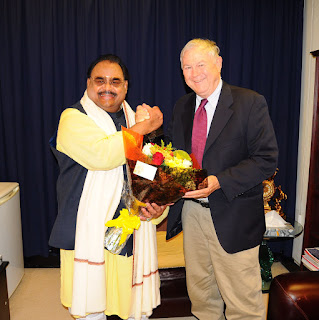 This is also a bitter reality that Altaf who started his politics by burning the flag of Pakistan at the tomb of Quaid-e-Azam Muhammad Ali Jinnah in 1979, have been given special privileges by all governments for supporting them to establish govt. Although, Altaf Hussein was given 9 months imprisonment by the Military Summary Court along with 5 others. Once again on 14 August 2017, one the orders of Altaf Hussein the traitor, miscreants of MQM have burnt flag of Pakistan at some hidden place, recorded its video and shared it on the social media.

However, the recent development is that under the supervision of British and Indian governments, Dana Rohrabacher notorious for presenting resolutions against Pakistan held meeting for four hours with Altaf Hussein and Khan of Qalat Mir Suleman Dawood at the MQM International Secretariat on 17 August 2017 on the wish of Altaf Hussein. In this meeting the separation of Balochistan and establishment of free Muhajir state by separating Karachi from Pakistan was discussed. In order to chalk out conspiracies against Pakistan, on a big map, the different parts of were demarked for disintegration of Pakistan.
Altaf Hussein and Mir Suleiman Dawood told American Congressman that Muhajirs and Baloch insurgents both are facing violence of Punjabi establishment. Altaf Hussein after MI-6 and  Indian RAW told his new master that Rangers of Pakistan are involved in unstoppable series of violence against Muhajirs. Under the garb of search Rangers insult Muhajir women and even rape them. Elder Muhajir citizens are insulted, elected parliaments of MQM are harassed and arrested insulting the votes of the Muhajirs. The political offices of MQM have been locked up by Punjabi security agencies and rights of Muhajirs have been usurped. In Balochistan, Punjabi establishment is treating Baloch people similarly as well. American Congressman assured them that he will talk to American govt. and raise this issue with US Congress. A British citizen is hatching conspiracies against Pakistan in Britain while Pakistan’s Foreign Ministry is sleeping. 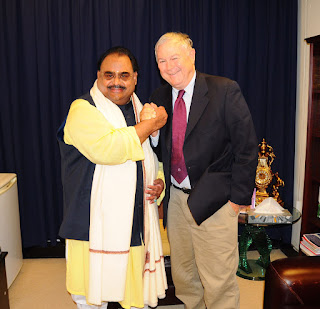 This is the national duty of Pakistan’s rulers to stop being silent on the anti-state activities of Pakistan for their political needs and raise the issue with Britain to stop exploitation of British soil against Pakistan. If British govt. is not ready to keep its citizen under control than Pakistan should take the issue to the UNO. On the other hand, befooling Pakistanis in the name of MQM Pakistan, and MQM London should be stopped as well. Moreover, the anti-Pakistan elements involved in the burning of the Pakistani flag on 14 August 2017 should be founded and punished accordingly.