Indian Aggression and Our Internal Chaos! 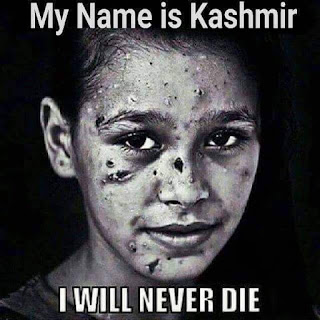 On 15 July 2017, Americans laid strict conditions on the Defence Aid to Pakistan especially the condition of establishing friendly relations with India. The condition present in the bill and the wording shows that bill was aimed to please India. Before this during Modi’s visit to the USA, America has imposed sanctions over the popular leader Chairman of Hizb-ul-Mujahideen Syed Sallah-u-Din. All these American steps were enough to instigate India; On 16 July 2017, Indian army targeted Pakistan Army's jeep in the Neelum valley, deployed on the security of LoC (line of control). Pakistan Army's jeep going on the road at the bank of Neelum was targeted by Indians, due to which Jeep got out of control and fell into the Neelum river due to which 4 Pak army soldiers were martyred. Martyrdom while serving on the line of duty is a great achievement for the soldiers of Pak army. But the situation over LoC is different. Here India has signed the ceasefire with Pakistan. From last few years, India is continuously violating ceasefire. Sometimes, India decreases the violations sometimes increases. The targets of Indians are mostly civilians, farmers working in the fields, their cattle, and property. If we collect the details of the last three years, due to the use of mortars and long range weapons in cold blood more than 150 innocent civilians have been martyred by Pakistanis. Uncountable houses were destroyed, cattle of the farmers were killed as well, and thousands of people have been forced to take shelter in temporary camps established at schools. The extreme of Indian terrorism is that Indian army does not spare even the school children.
On 16 December 2016, at the Kotli District, Nakiyal Sector Azad Kashmir a van carrying school children was destroyed by the Indian mortar fire. The van was carrying 20 children out of which 10 were severely injured. It was not the case that mortar shell suddenly hit the van as Indian army was engaged in firing shells; Indian soldiers targeted school van especially. Three weeks before Indian soldiers have targeted passenger bus at Lawat, Azad Kashmir which claimed lives of 10 passengers while those who were wounded were 11. When the injured and martyred were being taken away from the bus, Indian army continued targeting the rescue workers. Despite the befitting reply from Pakistan army, Indian army targeted an ambulance martyring 2 innocents. In these skirmishes, three Pakistanis soldiers embraced martyrdom as well. Para Medical staff staged the protest on 28 November 2016 in front of Press Club, Muzaffarabad Azad Kashmir, against the Indian attack over Ambulance led by Mishaal Malik wife of Yaseen Malik, Chairman Jammu and Kashmir Liberation Front. Afterward, the protest rally reached the office of UNO military observers where the protest was recorded against the Indian terrorist attack over ambulance and attacks on civilians. It was said that UNO should take notice of Indian aggression and take action against India according to Geneva Convention according to which it is not allowed to target ambulances even in wars than why these rules are not implementable on India.

India has made a joke of being a neighbor with Pakistan. On the one hand, India has broken all the records of interference in Pakistan via Afghanistan while on the other hand all the records of violations of human rights and barbarism have been broken in Indian Occupied Kashmir (IOK). In most of the districts curfew has been imposed, despite this Kashmiri are continuously protesting against Indian occupation in IOK. India has started unprovoked violation of cease fire over LoC targeting civilians and soldiers which show that India wants some big mischief. Until now Pakistan army is practicing patience targeting only aggressive Indian check posts if this does not works Pakistan army will be forced to take stern action against Indians. As a result befitting reply by Pakistan, Indians has to bear the significant loss of lives. Keeping loss of lives secret from the Indian media and public is the political need of India. When Indian sustains losses over LoC, DG Military Operations begs from Pakistan counterpart to allow stop firing so that Indians may rescue their injured and corpses of killed soldiers. Along with this Indian army portrays as Pakistan army is the first one to start unprovoked firing and targets civilians in the IOK.

Last Thursday on 20 July 2017, when Pak army’s DGMO talked to his Indian counterpart on his request on the hotline, he sternly rejected Indian Defence Minister’s allegations over Pak army and made this clear to A.K. Bhatt that across the LoC there are Kashmiri civilians and Pak army cannot target their Kashmiri brethren. DGMO Major General Sahir Shamshad made this clear that targeting civilians is an insult for a professional army like Pak army and will protect its civilians and borders at any cost. But Indian army habitual of firing bullets on innocent unarmed civilians cannot understand the professionalism or rules and regulations because Indian army is trained to shoot over minorities whether it is IOK, Assam, Jharkhand or other Indian states struggling against Indian occupation.

This is also a great tragedy that inactive and silent reaction of our political govt. over unprovoked Indian shelling over LoC and limited to only handing over protest post to Indian ambassador. Although we have a so-called Kashmir Committee we have never heard any news of its meeting or activity. In the other words, it seems that whether it is Kashmir dispute, or violation of ceasefire over LoC, our political govt. considers it the problem of Pakistan army or our political elite is keeping itself away from the problems of Pakistan while Pakistan’s safety is conditioned with it.
We have failed to make the world realize that Indian aggression over LoC might result in a big nuclear war and this is to be done by our political rulers who are unable to get out of their political confrontations.