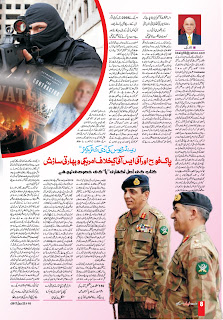 While reacting to Raymond Davis's book "Contractor" why we don't discuss the thousands of BLACK WATER CONTRACTORS (mercenaries)? How and why they entered in Pakistan without any verification by the security agencies and concerned authorities in Pakistan?
What was the role of BW contractors in our country?
Is this not true that they were in contact with TTP against Pakistan and guiding them to their targets and sabotage activities?
Why and how Islamabad High Court (IHC) issued an order to register FIR (first information report) against the world’s most powerful intelligence agency CIA's Station Chief Jonathan Banks, stationed in Islamabad? Was this revenge to USA for summoning ISI Chief Lt Gen Ahmad Shuja Pasha by New York Federal Court to try him in Mumbai terror attacks case (just few weeks before the arrest of Raymond Davis), because CIA was in trouble, having threats for their BW agents and the hurdles created by them to operate freely in Pakistan because of ISI?
Is there any information in the book by Raymond Davis what happened with him after his arrest and also what he confessed/disclosed about his activities, also about for what BLACK WATER CONTRACTORS were here in Pakistan, and how many terrorists were arrested because of his information?
Should we believe that Raymond Davis is capable of writing a book? Especially what he wrote about the ongoing events outside, while he was in police custody facing interrogation and was unable to witness the activities going on outside?
Is it not true that he was sponsored by RA&W for the book to let down Pak army and ISI in the eyes of Pakistani people, RA&W arranged ghostwriters from India, and after publication what Raymond Davis gained if he himself circulated the free PDF version of the book via WhatsApp in Pakistan and all over the world?
With many more questions needed to be answered by our intellectuals criticizing Pakistan's Army and ISI Command on the release of Raymond Davis... 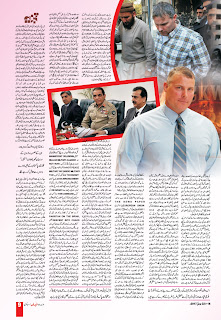