"Where We Stand in KSA-Iran Conflict !" 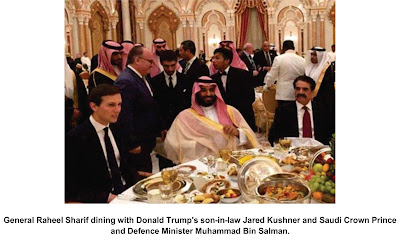 Riyadh Summit 2017 became controversial because of Trump's address, who called Muslim leaders to "drive out" terrorism from their countries and condemned Hamas and the Iranian government for their support of the Syrian government of Bashar al-Assad and Houthi rebels in Yemen. Besides this Trump declared Iran as "terrorist spotter" was not acceptable by the Muslims living outside Arab World, especially in Pakistan where people are worried and think the conflict between Iran and Saudi Arabia is dangerous and with Trump's policy it will lead to a big disaster for Muslim World. Therefore, Pakistanis want from their Govt to come forward and play the role of mediator to resolve the conflict between two Muslim Countries. On the other side, Arab Media is claiming that the Riyadh Conference was for the search of Assad’s replacement. 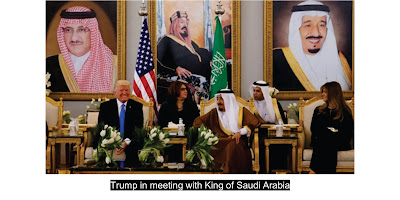 One of the Leading Arab Newspaper "Asharq Al-Awsat" reported about the conference.....  "This is the first serious attempt to shape the future of Syria, and it is the first conference for the Syrian opposition held with international and official backing. It comes as a result of the recent Vienna conference and its sponsors which include the Russians. Representatives of different groups will meet in Riyadh. These include civilian, military, Sunni, Alawite, Druze and Christian groups. Of course, the most important players like ISIS and the Al-Nusra Front will not attend. 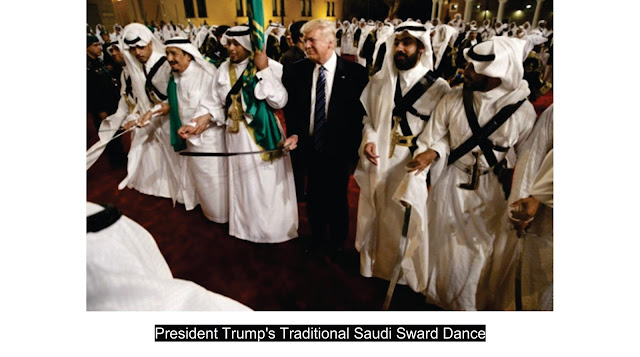 What is required from the participants is the agreement in order to begin the formation of a transitional government within 6 months so that it can run the country for a year and a half and then hold elections. The Riyadh conference is the first step to convince the opposition of a plan to reach a peaceful solution which is supposed to bring Assad’s reign to an end and mobilize international support for militarily clearing the country from Iranian militia and ISIS and the rest of the terror organizations. Despite the aim of the conference appearing to be fictitious and the mission impossible, the opposition must think carefully."
Whereas Iran feel that Muslim Alliance under KSA is to isolate her, and reacting aggressively. Actually, we forgot "Greater Israel" (same as we don't believe in "Akhand Bharat" and our political elite/Govt is trying to deal with India normally as a GOOD-NEIGHBOR knowingly her agenda against Pakistan).
As per design, International Jewish lobby aims at keeping the Muslims under domination. Especially it's their religious belief to keep the Arabs under control. On the other hand, US aims at strengthening their economy through trade expansion and worldwide control over natural resources. This makes the perfect match to fulfill their ambitions when both join hands. Today's gloomy picture of the Muslim world is an evidential success of their same evil designs against Muslims.
Both communities have successfully opened up another war front where the huge amount of their war munition can be sold.
Keep in mind this American-Jewish vision and review the activities, body language, negations/observations and symbolic values undertaken by the US President, his family, and contingent members during Riyadh Summit 2017 and their visit to Israel. Requested review aims at giving you the sketch of the forthcoming game plan of these communities. Huge munition deal signed between USA and KSA is an eye-opening evidence if someone has the inner eyes. According to this deal, KSA will buy war munition of worth 350 Billion dollars from the USA in next 10 year. First supply of 110 Billion dollars will immediately be met that has partially been paid.
On one hand, the American-Jewish lobby will get huge financial gains and on the other will force the war between two Muslim sects against each other. The world Muslim community will be divided into two groups who will fight the war against each other mainly in Syrian region and partially all over the world.
Breaking of sectarian conflict all over the world is one of the most likely effect/outcome of this alliance. However, world Muslim leadership have never raised voice over it. Rather they have joined this military collation blindly. If you view them individually, each one of them is the prey to US intervention in his own country. I foresee, in next decade Muslim countries and their main sectarian groups (Shia -  Sunni) will fight against each other and America will supply weapons and ammunition to both sides. Ultimately through NATO/UN, a choice government will be imposed in the region and their mineral resources will be drawn as being done in Iraq. War as an instrument of policy implementation will be witnessed by the world.

Being Pakistani, my worries are that how this alliance may affect my country. We have a large Shia community; and that too in the neighborhood of Iran. This alliance has already started affecting us. Now it is an open secret that Iran is successfully drawing Shia youth from Pakistan to participate in Syrian war in the name of Jihad. KSA is making its endeavor to get Pakistan Army into this alliance, may it be the retired persons. God forbid, if it is materialized, once again it shall be American ammunition and Pakistani nation. So, ultimate blame that it was Pakistan spreading terrorism. (I pray: this would not happen and submit my apology to those who disagree with my perception).
Whereas tense situation emerging in the Arab World after isolation of Qatar indicate that ground for the war is under preparation. Though yet Pakistan has not decided whom to favor, later on, we should be ready for the consciousness for siding Qatar or the KSA alliance, here also Pakistan can play a role to neutralize and calm the situation because of good relations on both sides.